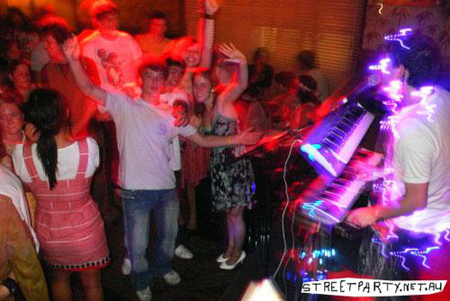 Yes, another track from our leading trance revivalist. I hope this Muscles will outlast the Klaxons in the neo-trance movement. His MySpace blog reveals that he will be taking a break from performing live after February while he reworks his live show. He did mention to me earlier that he wants to have a live band eventually to back him up. I kind of like the idea of the one man band, he would work so sweet in the middle of a club, or better yet a stadium rave! Complete with fairy lights, strobe and police lights! Anyway, you better catch him live in his last few remaining one man shows.