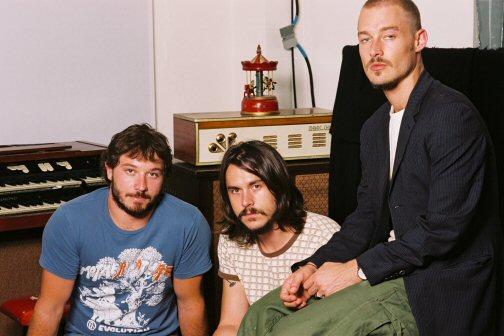 If you don’t know who Silverchair are, I don’t care if you are Australian or not, then there really is no help for you. This post isn’t aimed at informing you about the band itself but more just recognition of album number five, Young Modern, and a tribute to an Australian band whose credentials might far out live most current Australian bands. I guess I am totally biased since Silverchair’s 1997 Freak Show tour was the first rock concert I saved my penny’s for to actually buy a ticket too, with my Dad waiting outside to pick me up at the end.

But I think the progression of Silverchair as a band is really interesting. With a career spanning twelve years and all original members remaining, they have transformed with every new album, with the most recent installment still baring the signs of Daniel Johns friendship with Paul Mac and work as part of The Dissociatives. ‘Straight Lines’ is an incredibly good and catchy song, and even though I’m less partial to The Chair these days, they still make me rock out a little when I hear them on the car radio.