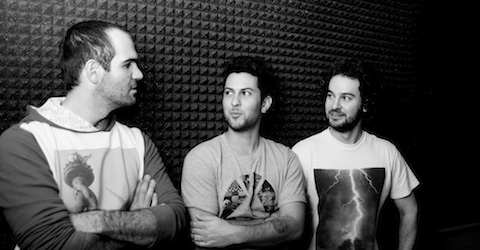 The Swiss – ‘Bubble Bath’ live in Big Day Out Adelaide

Hot new band from Adelaide of all places, The Swiss are a disco jam band trio who are also Empire Of The Sun’s backing band. Whiz kid producer Donnie Sloan, who is involved with Empire Of The Sun, Sneaky Sound System as well as a host of other stuff as well as production under his own name, have lent his knob twirling skills to this trio’s debut recording. These guys have been rocking parties around their hometown before Modular decided to sign then and up up and away they go. I saw them recently at the Adelaide stop of Big Day Out touring party machine. They’re really good live. Go see them.