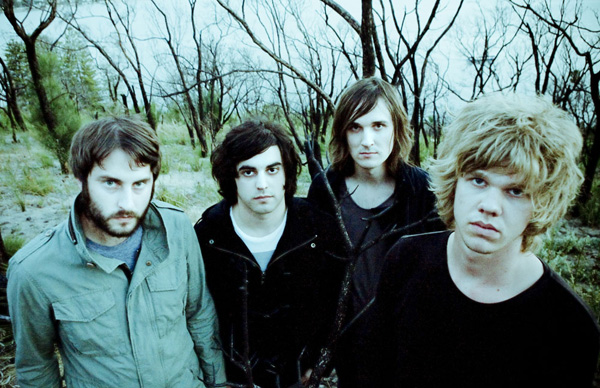 Young Revelry’s debut EP ’You and I’ comes at you like some 90s era beast rearing it’s head and gnawing some pretty impressive and noisy chops.

It reminds me of the best things I loved about that era – loud guitars, messy solos, feedback and vocals that carry more weight than just the clever lyrics they repeat. There are some quieter moments tucked away here too – providing enough light to contrast the heavily distorted shade.

Don’t get me wrong though, this isn’t some 90s revisionist act with nothing new to offer. They’ve got plenty fuzz, groove, depth but what’s special is the hint that sometime soon the shit is going to hit the fan and peoples minds are going to shoot out of their ears.

Young Rev have been teetering on the edge of releasing something awesome for a long while now. They’ve been frustratingly close but to give them credit have been holding back until they found the perfect home. The EP is out August 13 on the newly formed Redcat label. Once that’s out keep your eyes on peoples ears.