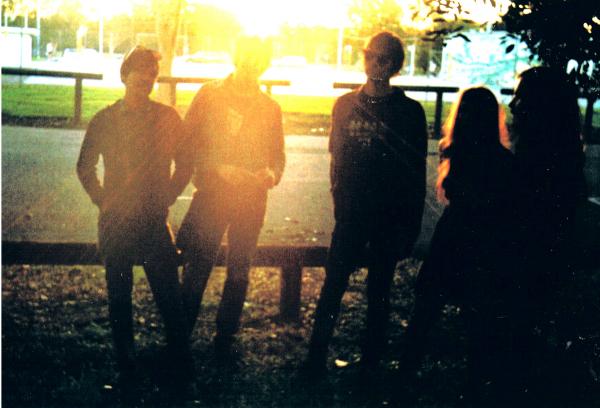 Mosman Alder, hey? I first noticed this band’s name on the poster for the epic Richard In Your Mind/SPOD gig tonight at the Fans club night at Alhambra (for the Brisbane folks) and thought nothing much of them other than “how did these randoms land the support slot for a relatively high profile gig (at least in the indie/blogging sense).” But then this guy said I should check them, and so I actually went to all the effort to hit up their Myspace page.

And you know what? Turns out they’re pretty good. It shoots for the same kind of grandeur as Arcade Fire and early Doves and actually reaches that level pretty well without falling back on the whole ‘let’s get lots of people to sing loud at once to sound epic’ kinda way. Yeah, they bring some of that in toward the end, but when it works it still works (and when it doesn’t work… well, see that latest Little Red single. WTF is that shit?). Largely, though, the vocals are restricted to a smooth baritone and the song relies on the actual instruments to create crescendos.

Above is ‘Raisin Heart,’ the clear stand out amongst their tracks so far. I won’t go pronouncing these guys as an impending ‘big thing,’ but I can confirm that they have at least one pretty great song with a serving of ‘potential’ on the side. Hopefully they can turn it on tonight and win some more people over.