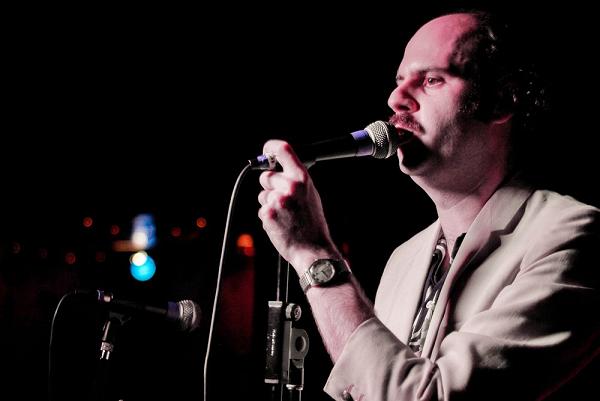 80s revivalist and unnerving moustache-wearer Donny Benet is hosting four ‘Dinner & Duets’ every Wednesday this month at GoodGod in Sydney – the basic caper is that he plays some of his stuff, then a musical guest joins to duet for the second half.

His partner in musical crimes tonight is the usually-a-bit-more-naked Kirin J Callinan. Predictably, it’s like watching Rick Astley himself getting Rick-rolled by Thurston Moore. Or the other way round. Or something else that the internet would no doubt enjoy – I’m thinking particularly of their cover of Prince’s “Love, Thy Will Be Done”, equal parts ridiculous and brilliant.

Tell you what though – Donny Benet may be a bit funny-looking, but he can play like nothing you’ve ever seen. Or at least, he looks like nothing you’ve ever seen when he plays. The daft antics with the guest is great theatre to be sure – and pairing Callinan’s squalling guitars with Benet’s drum machine and Moog is wildly and titanically daft – but the musical talent behind the sillines of his own material just blazes straight on through.

Huge, huge fun – and it beats the breakfast out of going to see the same old landfill every week. There’s some more photos after the jump to prove it.

You too can treat yourself to dinner with Donny every Wednesday in January, each show featuring a musical guest – Isabella Manfredi (from The Preatures, 9th), SPOD (16th), Jack Ladder (23rd) – at GoodGod in Sydney. Oh, and did we mention it was free, and there’s $5 beer? That too, then.

END_OF_DOCUMENT_TOKEN_TO_BE_REPLACED 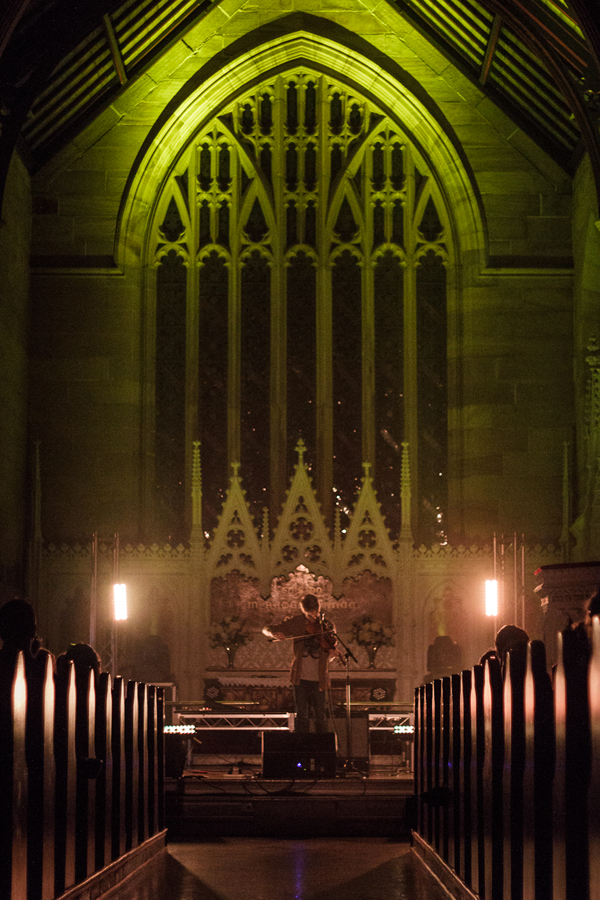 Light Giant‘s post-rock-ish din and The Townhouses‘ endearing one-man electronics and guitar show are both great tonight, especially in this venue, but it’s Wintercoats – just one man, a violin and a loop pedal, who takes the prize tonight. Glitchy little string plucks sit behind swooping orchestral harmonies and his own haunting voice, all of which fills the vaulted ceiling with music made of equal parts joy and sadness. If that’s not what church is for, I don’t know what is.

So – whenever The Gate put on these Sound/Light/Stone shows at St.Philip’s Church in Sydney, you must go see them. Repeat that to yourself a couple times a day and you’ll be just fine. The next one’s in the New Year, and it will be a cracker, guaranteed. 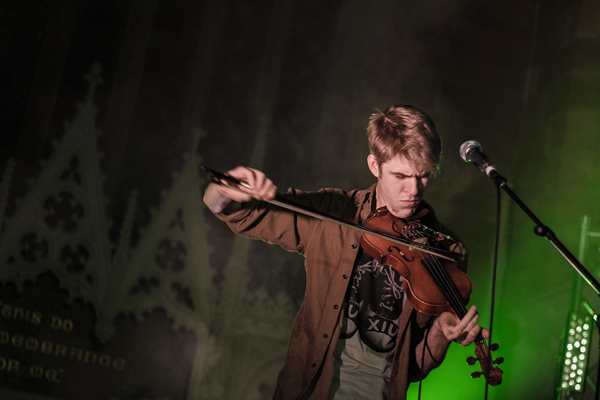 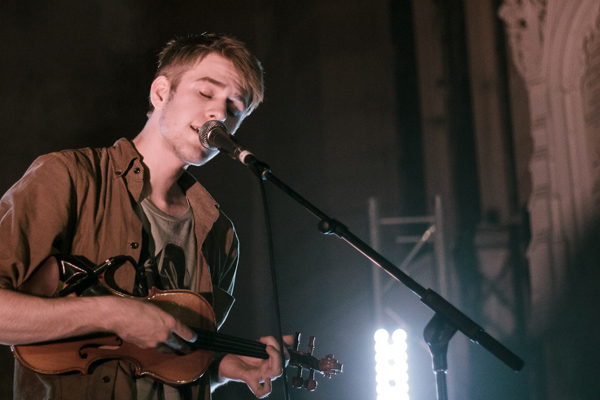 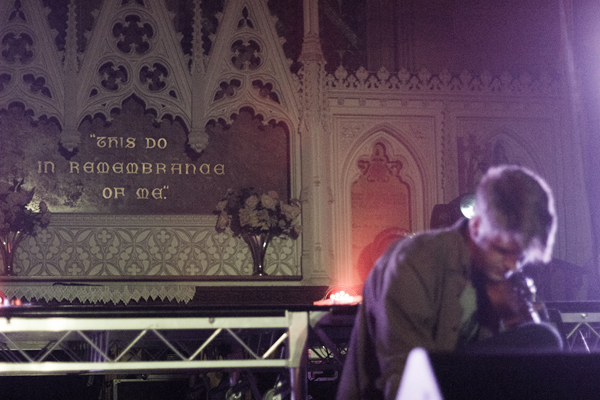 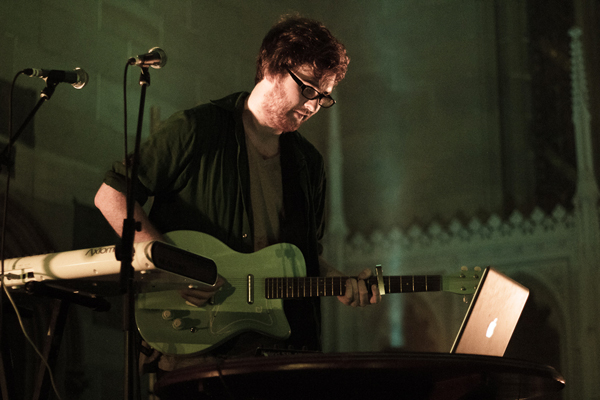 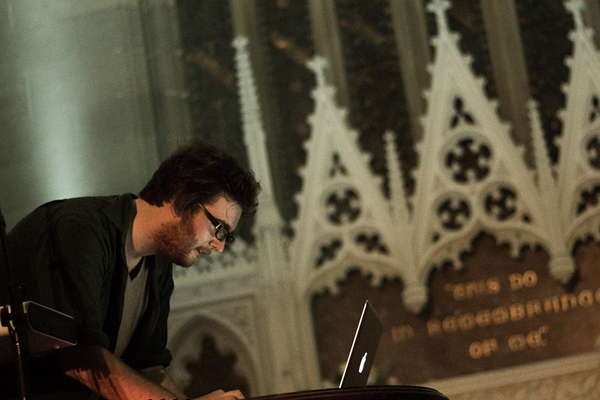 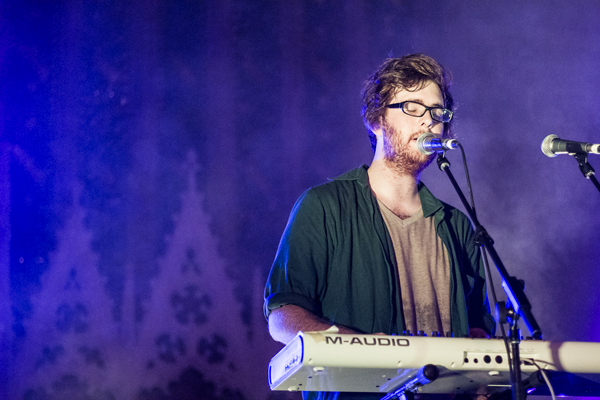 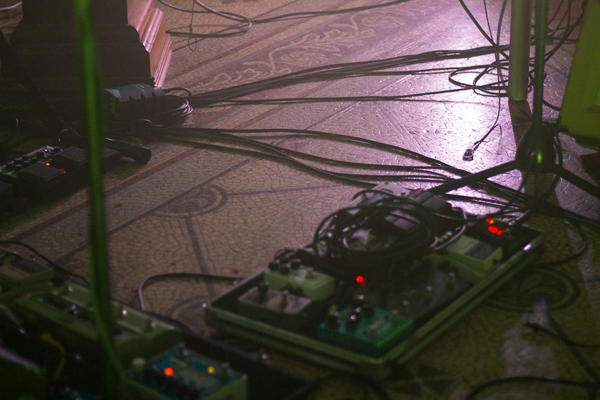 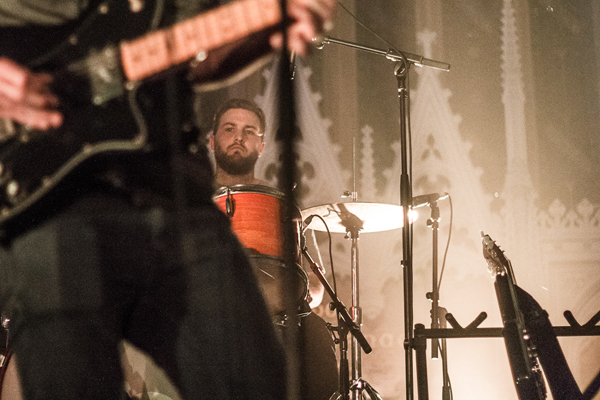 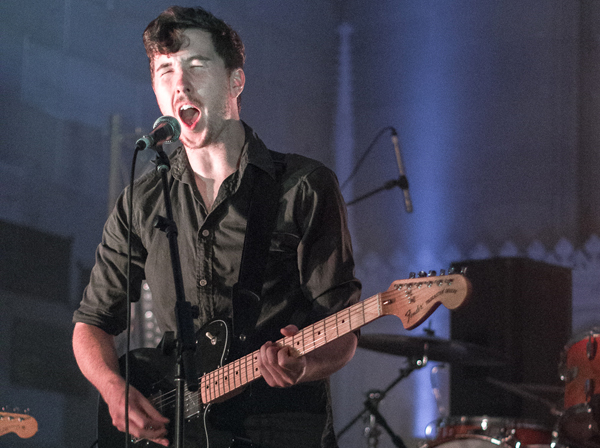 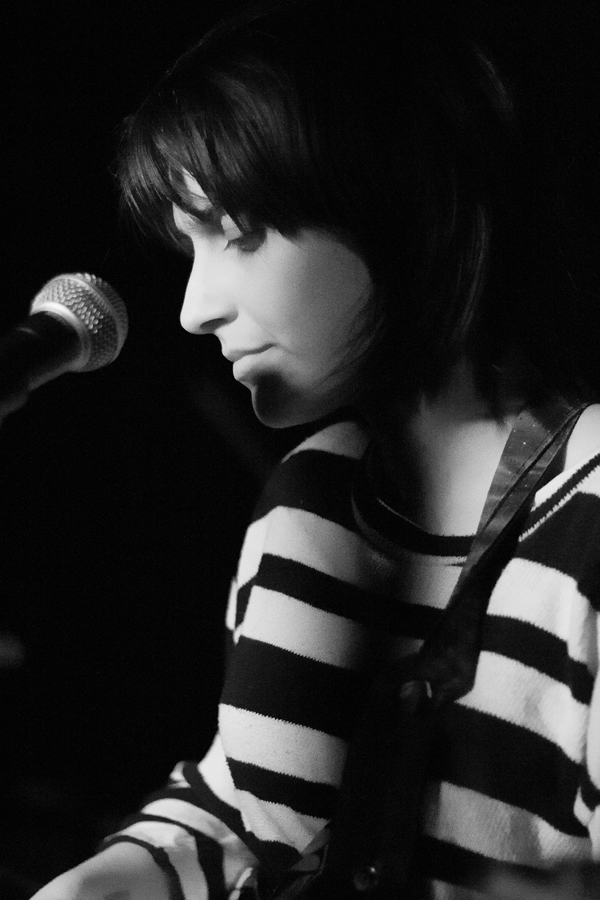 Including Eddy Suppression Ring-ers and Dick Diver-ers, awesome Melbourne janglers Boomgates came and kicked the doors off a sweaty, drunken, and packed GoodGod in Sydney at the weekend in celebration of their debut LP. Local lovelies Camperdown And Out (hey wait, where have I heard that name before?) held our hands before the main act but both more than justified the noisy chatter accompanying their every recent musical move.

END_OF_DOCUMENT_TOKEN_TO_BE_REPLACED 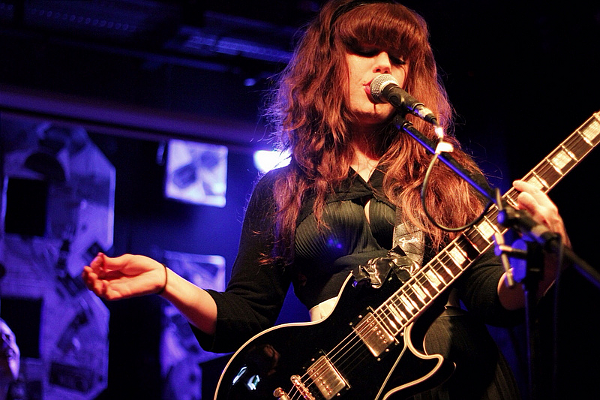 Sydney’s Fabergettes got their heels (and their hula) on in King’s Cross last night as part of FBi Radio’s Music Open Day, showcasing some of their favourite acts to submit music so far this year.

If you’re in the mood for 60s garage holding hands with sugary doo-wop, they’ve got their EP up on their bandcamp – and let’s face it, when are you not in the mood for that?