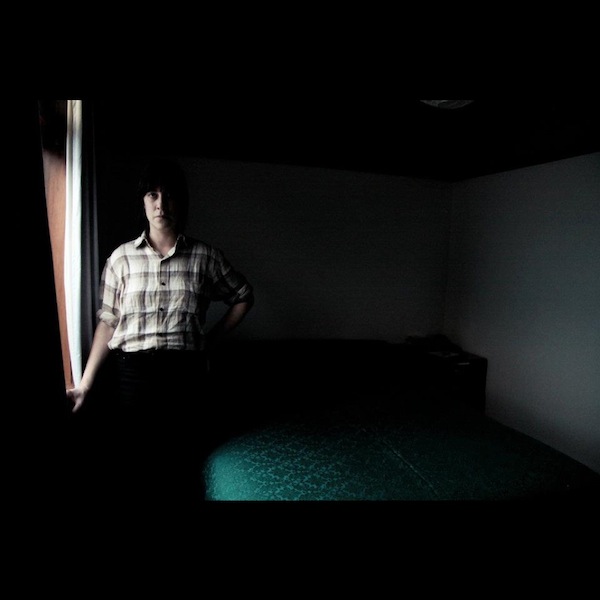 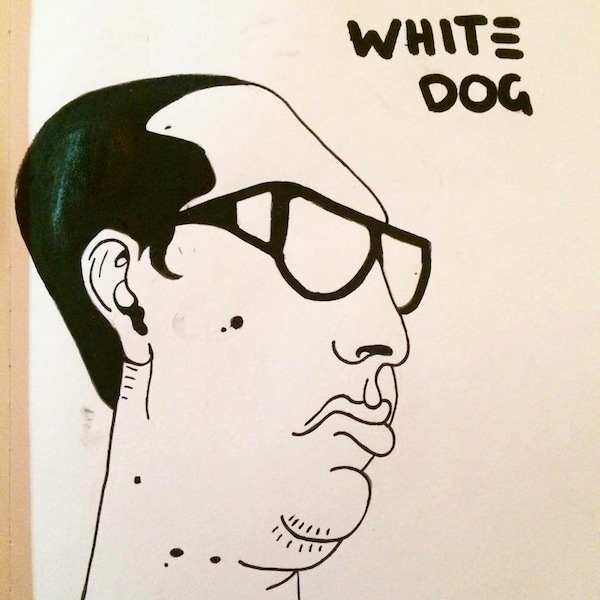 How angry is that name? How aggressive is it? It’s a snarl, a bark, not afraid to tear out your throat. This Sydney band is vicious, rabid, brutal – all things that punk bands should be. Like the great Siberian husky of olde, White Dog will bleach your soul with a song so ferocious, you’d swear Freddy Krueger was directing your personal nightmare into a grotesque orchestral maelstrom.

Whether blaring away on record or putting on one of their fierce live shows, White Dog can’t help but impress. They give off the same aura of primal carnivorousness that made bands like Lubricated Goat, Cosmic Psychos, and The Birthday Party so exciting. You get the overwhelming feeling that WHITE DOG are going to explode out of whatever speaker system you’re listening to and immerse you into their cult of noisy oblivion.

Although they only have three songs to their Soundcloud, the standout, ‘No Good’ points to a band that will soon lord over Australia’s basements and pubs. A combination of the hardcore stylings of Red Red Krovvy and the immersive ockerism of Low Life, White Dog extend upon that with lunging bass lines and snarling fuzz. Furthermore, the band aren’t afraid of an aneurysm-inducing guitar solos, adding a Stooges-esque flavour to their Jesus Lizard/Pissed Jeans indebted growls.

For the fans of uninhibited punk that refuses to drop below a bludgeoning, White Dog are your new favourite band. 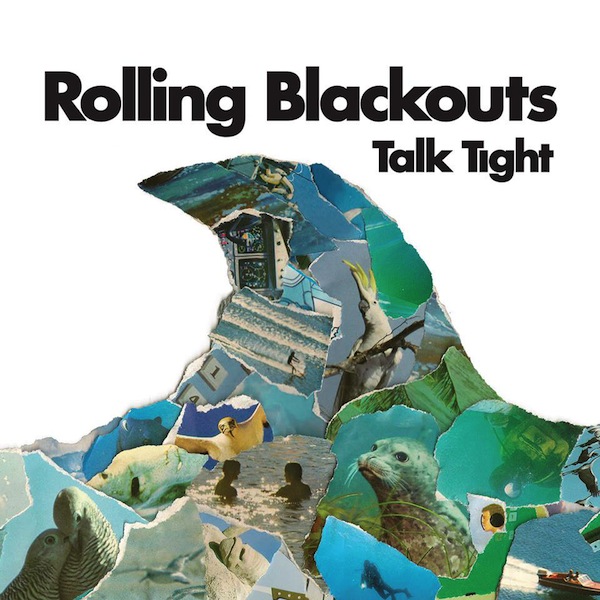 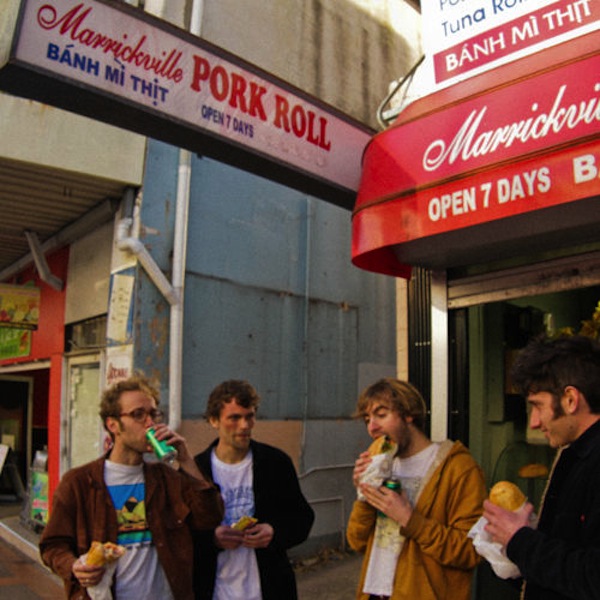 More Australian than getting workers comp for six months after spraining your ankle and then spending it all on Winnie Blues and schoeys at your local. Born in Sydney’s incestuous inner west, Beef Jerk drop the ‘y’ from everyone’s favourite chewy strap of cow, and induce a feeling of catchy ambivalence in whoever is lucky enough to be near the stereo when their music comes on.

They’ve just released their debut LP, Tragic, which is packed with dark humour, a constant backbone of off-kilter strumming and the occasional sax-breakdown courtesy of Millie Hall (Destiny 3000, Bridezilla). The songs come thick and fast, and at 15 tracks there was the possibility the music would become stale. However, Beef Jerk’s consistency is remarkable as they unnervingly inject their deranged, saturated pop sensibility into songs with titles like ‘Footy’, ‘The Last Chiko Roll’ and ‘Stay At Home Dads’.

Beef Jerk are destined to become a layman’s new favourite – their music is lackadaisical, but naturally so. There’s no force to it, the tunes oozing and grunting their way from Jack Lee and Mikey Branson’s mouths and fingers as naturally as a foreman yelling, “Tools down, boys!”.  Armed with just wry humour and a sweet but slightly out of tune guitar, Beef Jerk are gonna be on high rotation for a while.

Beef Jerk have some gigs coming up in Sydney and Melbourne: 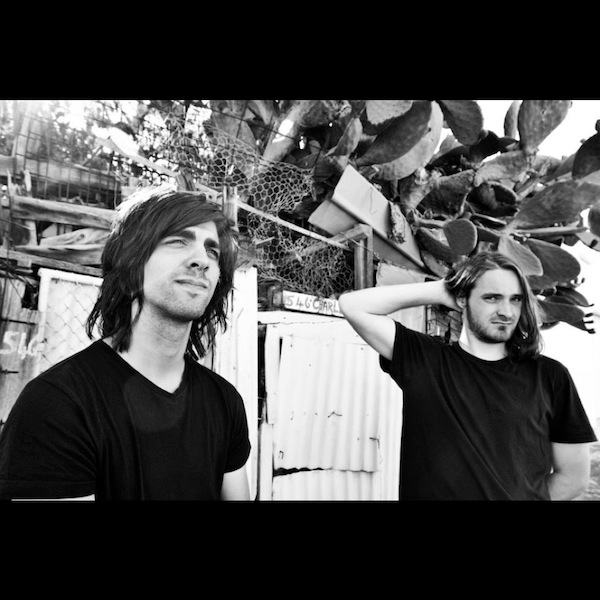 Despite most folks’ reaction to hearing the words ‘Perth’ and ‘music’ in the same sentence (which is a spontaneous compulsion to list all of Tame Impala’s singles), the dusty city has got a blooming music scene. From electronic bleepers like Tenru and Catlips, who are making waves, to Doctopus‘ demented garage rock, Perth has got something special going on. But it’s the pure rock stuff coming from there that provokes the strongest interest. I mean, holy shit – if the first wave of new bands is anything to go by, Sub Pop’s gonna be setting up shop around WA pretty soon.

Heavily influenced by grunge and pub rock alike, the new crop includes legends like FOAM, Pat Chow and Hideous Sun Demon – all acts that are well worth laying down a few bucks for. But then, with their crushing melodies and immersive quiet-loud dynamics, there’s Black Stone from the Sun. For a two-piece, these guys make more noise than a distressed baby with access to a loudspeaker.

The duo aren’t afraid to wear their influences on their sleeves, with new single ‘Pastel Roses’ clearly recalling the likes of Nirvana, the Pixies, and more recently, Violent Soho. But that doesn’t necessarily do them a disservice – having a template to work from allows these guys to build their choruses into huge, swooping beasts that seem destined to be thrown headfirst from a festival stage. 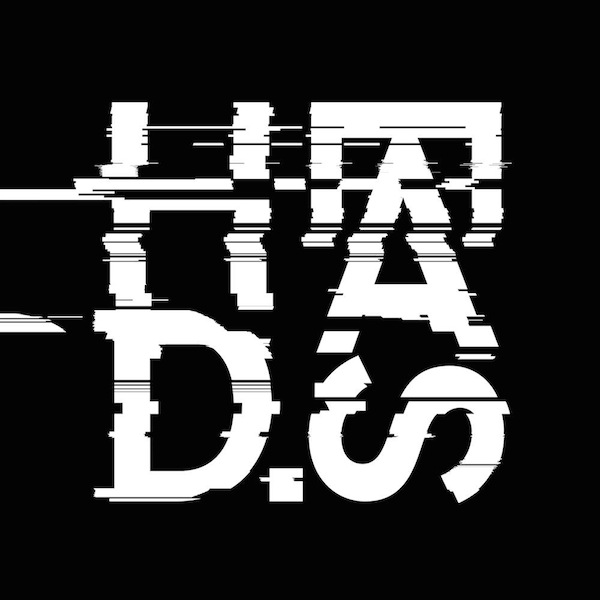 HEADS. fit in alongside several other Aussie bands that like to signal the apocalypse with their music – like Yes, I’m Leaving, Zeahorse and Primary Colours. Their debut self-titled release comes in at a clean 27 minutes, as mean and guttural as a coffee date with Attilla the Hun. Album standout ‘A Mural is Worth a Thousand Words’ refuses to lay down and die, a steamroll of bass guitars and throat-shredding war cries. If HEADS. and Steve Albini ever hooked up in the studio, the result would be catastrophically amazing. (Can someone make that happen?)

Although HEADS. aren’t technically Australian – all three members live in Berlin – frontman Ed Fraser is an expat from Melbourne, so that’s enough of a qualification. Really, any excuse to get the noise out about these bastards will do. If your life is lacking in putrid, blackened noise-rock, then mill around in the shadow of terrible indie rock no longer – HEADS. are here to help.

HEADS. is due out on 8 May through Ballarat-based Heart of the Rat Records. Hear ‘A Mural is Worth a Thousand Words’ and latest single ‘Chewing on Kittens’ below. 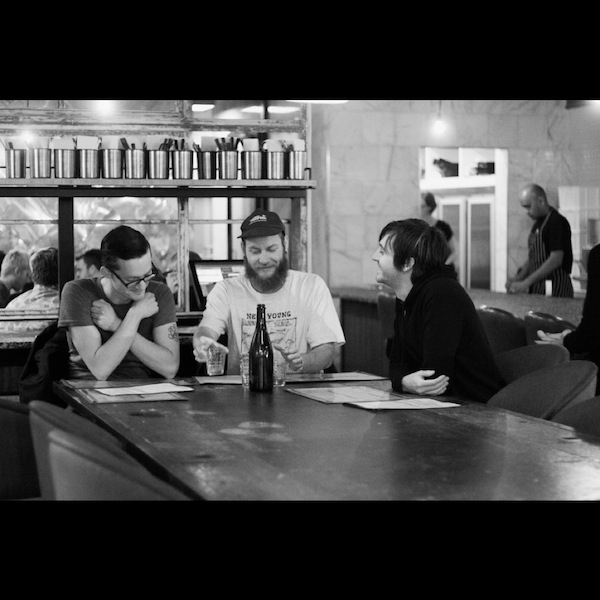 Man, fuck chores, amirite? Stuff Mum and Dad, I wanna watch some goddamn TV! Power Rangers is on, and they can go SCREW THEMSELVES if they think I’m missing these brightly coloured karate robots getting up to some GODDAMN shenanigans.

Chores are, sincerely, the worst thing on the planet – right after cinema clerks who ID you at MA15+ movies and that dickweed of a maths teacher, Mr. Graham. Yeah, nah – that seems about right.

It’s kind of odd that a band – especially a band as awesome as this one – would name themselves after the worst thing on the planet. Maybe it’s like that metal thing where you name your band something controversial, like Fuck the Fitzroy Doom Scene or Gay Witch Abortion.

Chores sound like Jebediah being gutter stomped by the fuzz pop of the Mint Chicks. Their debut EP Yeah, Nah contains six songs of Dischord-era emo gargled with a hefty dose of feedback. If it weren’t for the droning guitars, Chores could be a punk band. Instead they’re an awesomely weird amalgamation of shoegaze, snot and guitar solos.

Although taking out the rubbish and feeding the dogs are literally the worst things the planet has thrown at you, Chores are the best band to lay into your earbuds as you begrudgingly go about your tasks so you can earn some freakin’ weed money.

Chores’ Yeah, Nah EP is available as a name-your-price download on Bandcamp.