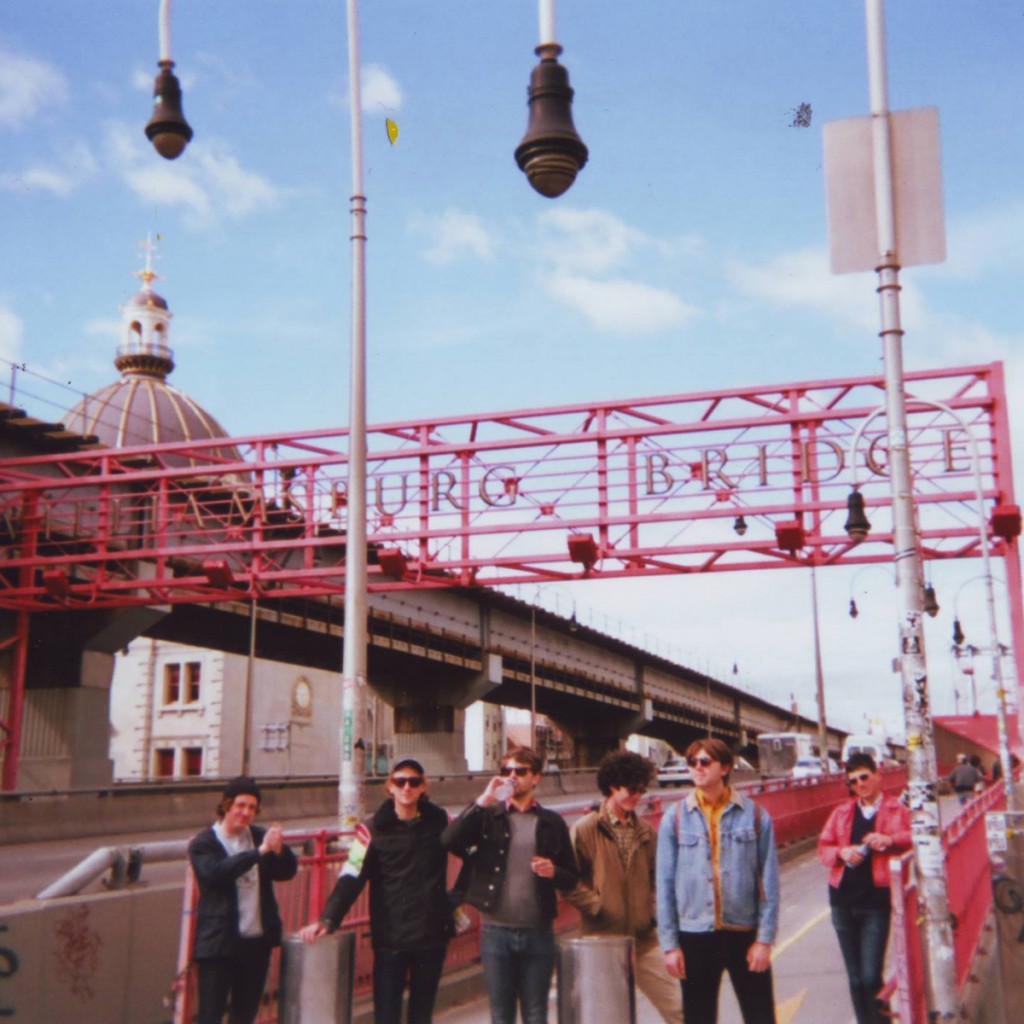 Mess & Noise, the highly respected underground music website, has been somewhat out of commission since mid last year. The Ocean Party, however, aren’t letting the site fade out of cultural consciousness. Lachlan, one of the group’s primary songwriters, says that 2015 is the first year the site’s respected critics poll has been absent since the Ocean Party started, and considering the stock they (and many others) put into those lists, a tribute of sorts was in order.

Their new eight track collection is made up of material that either didn’t make it onto Light Weight, or wasn’t considered up to snuff for their next record. This honestly makes me question their judgement, because Mess & Noise Critics Poll 2015 (yes, really) is a delight at times, and shows that if this is the stuff you’re ‘throwing away’, then you’re clearly from some sort of secretive society of prodigal songwriters with ridiculously high standards.

2015’s Light Weight, was bristling and bloodied – cracked skulls, black blood and dead men filled out its thirty eight minutes. It functioned as artistic endeavours often do – as a space in which the song writers (the Ocean Party has six) struggle and comprehend their lives and themselves, and Light Weight never shied away from uncomfortable realisations. Many of those frank sentiments have carried over into the material on Mess & Noise, with opener ‘Cool Boys’ wasting no time – “I put my hand through the wall/my heart just fell through the floor/my brains against the glass”. It remains clear as day that the Ocean Party harbours some of Melbourne’s prodigal songwriters, the riffs and melodies as sharp as ever.

On tracks like ‘Fight, Fight, Fight, Die’ the Ocean Party wears the discomfort of identity on its sleeve – asking simply “wrong body or wrong mind?” What’s identity though if you can’t even ascribe what you’ve done to who you are? ‘No Local’ has this boiling throughout it – “the best years of my life being no one/quarter of my life went by and I hardly noticed”.

Two instrumental tracks show up here too, but whether ‘Rivers’ and ‘Pleasure Ghost’ are actually instrumentals or just missing vocals is a question still hanging. The former errs into funk territory with a 80s pop soul guitar groove carried along by sharp drums.

It’s ‘Fun’ though, that is the best song of the group, carried through by its chorus. Fuzzed synths wash under a beautiful call of “I’m fading out again/just like I always have” –  a melancholic mantra of missed moments and half remembered festivities that ought to find its home reaching out from scores of voices at Meredith. It’s a song built to sing; and the fact that it didn’t make it onto a formal release is mind boggling.

Mess & Noise has the same minor issue of almost no thematic coherence aside from varying forms of misery, much like Light Weight did, but it’s got some absolute gems on it. So here’s a toast to the Ocean Party’s B-sides, the things that the rest of us call A-sides. 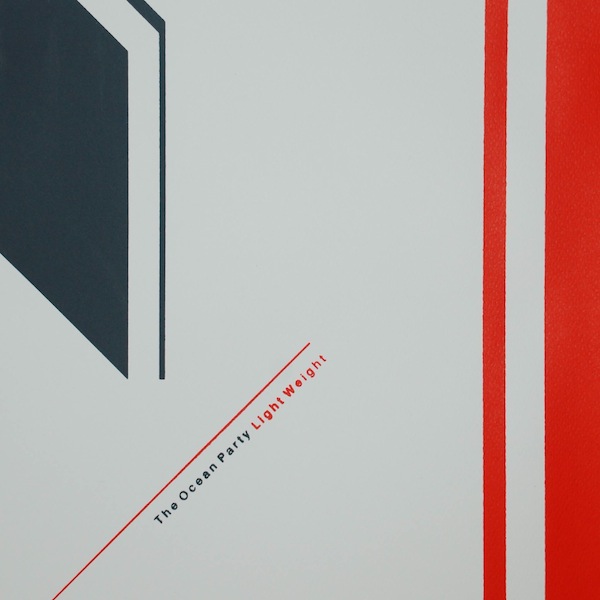 Not to too get personal, but this Ocean Party record came at exactly the right time for me. I’ve been in one of those drawn-out phases where everything you do seems shit and interacting with the world seems excruciating. Whenever I wrote anything positive about a band I sounded like a drooling fan, and anytime I wrote anything negative it sounded petty and pathetic, and I was like why the hell do anything at all? And then this goddamn band releases their fifth record in as many years – and it’s not Guided By Voices, Ryan Adams-style prolific-ness where you wade through shit for scant gems. Nah, every song is really good and together they make something more than really good. And suddenly stuff’s worth doing again, because there’s a chance one day you might do something that’s almost as good as this record.

There’s self-doubt here, sure, and defensive cynicism, but then moments of clarity and honesty that knock you over – like on subtle and delicate mid-record highlight ‘Anything’. This record is a balancing act that never falters. Whoever thought to follow the coldness of lines like ‘Every drag smells like a butcher’s knife’ and ‘you said can I stay with you/ I said I didn’t care’ with that jaunty little ‘do do do do’ guitar in the title track should get an automatic ARIA. And then to follow that up with the snarly groove of ‘Phone Sex’ – a song full of spit and regret – and then single ‘Guess Work’, with a chorus that comes readymade for mouthing along to at shows and verses political and pointed… I’m gonna stop just describing it song by song now, but you get the idea; there’s a lot going on and it all just works.

The most impressive thing about the Ocean Party for me is their refusal to be any one thing. With so many singers and songwriters, you get some songs that have almost no chorus and some that are all chorus, some that hit on lofty world themes and some that focus on day-to-day minutiae and interrogate tiny moments. A lot of the songs on Light Weight look back on mistakes, missed opportunities, the good that’s gone (‘here it comes… there it went’), but musically they’re always moving forward, pushing the boundaries of what a band has to be, what everyone keeps telling them they are, and making better and better songs for it.

Mouth along at one of the Ocean Party’s remaining shows on what’s been an EXTENSIVE album tour. 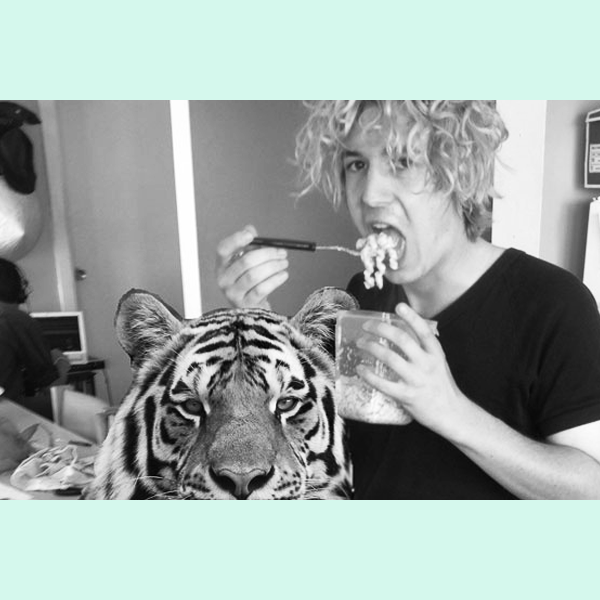 Liam Halliwell is Australia’s biggest band slut (second to Simon Lam). As seen on the internet and several stages across Aus, Liam is Snowy Nasdaq. The man who co-brought you bands like the Ocean Party, Velcro, Ciggie Witch, Mining Boom, Pencil and the Menstrual Cycle now has a string of remixes to add to his illustrious list of things he does when he’s not eating on the loo.

Here’s his remix of High-tails‘ ‘Bending Over Backwards’. The original has been warped with generous cowbell and ample fade-outs. A Kraftwerk-ed dance party happening in the local pool…

High Tails and Snowy Nasdaq are heading out on the road in the next few weeks. Catch them on the dates below: 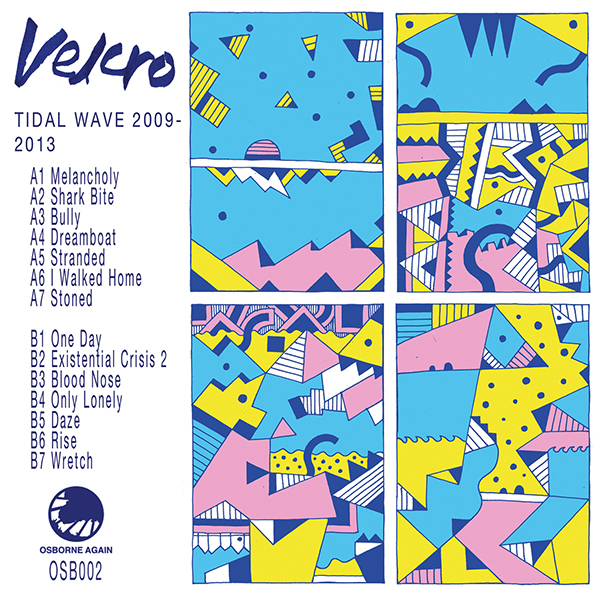 Curtis Wakeling was tinkering around with his computer one day when he dropped his tiny screwdriver down the back of his desk. He crawled in under the desk, past boxes of old records and footy jumpers, and came across a large gray box with a funny shaped lead running out the back. It was a hard disk drive (HDD) from 2009.

Intrigued, he plugged it in and discovered a series of audio sketches for tunes he had been writing over the last five years.

After having a sandwich, he decided to complete what has become a collection or compilation, of complete songs, which has served as the perfect release for his housemate’s new label Osbourne Again. Tidal Wave (2009-2013) is a limited-edition run of 50 cassettes complete with very lovely artwork or a digital download off bandcamp.

‘Rise’ is a freebie on the bandcamp page and it’s a nice lazy-morning track. Kinda demotivating actually. You can feel hungover just by listening to this one. ‘Dreamboat’ is way more romantic. This is the kinda track that sooths me like a snuggled baby being cooed by its mother. Despite describing an anxiety dream, Curtis executes the perfect dole-pop sound with catchy guitar and sincere vocals.

If you’ve been playing at home than you’ll recall that Curtis recently spent an extended stay in the wonderful city of New York, New York. ‘Stoned’ was written there and is an honest account of what many young Australians experience abroad. Loneliness. Despair. Boredom. And masturbation. Sounds like a good Saturday night because he somehow manages to make it sound like something you’d want. What Curtis does so beautifully in every track is take these experiences and put them into song without a filter. I’ve said before how honest the Velcro music is and this compilation lays it all out for you. It’s quite remarkable that the result is such a warm and easy to listen to record.

Velcro will be launching the tape very soon so we’ll keep you posted but for now check out the other tracks on bandcamp or Curtis’ other band The Ocean Party, who were recently picked up by Spunk. Wow. 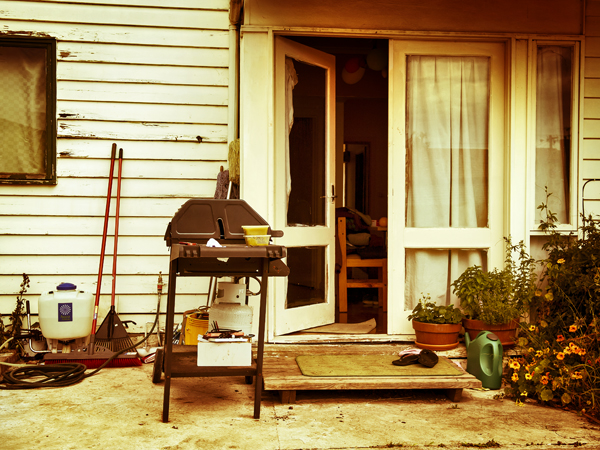