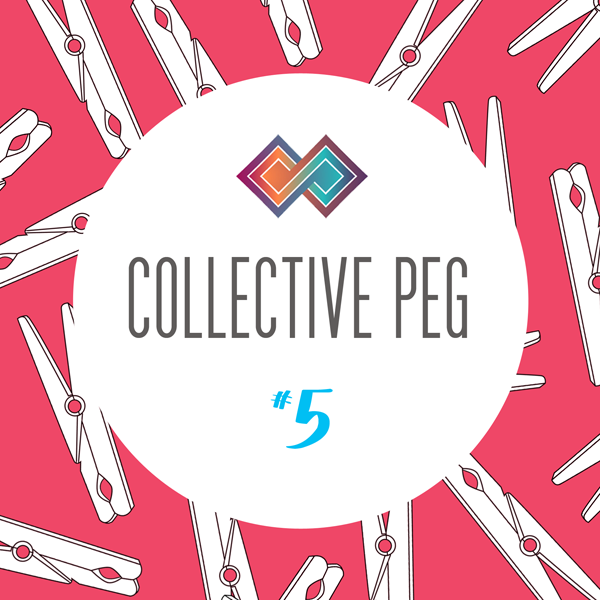 To coincide with Who The Hell’s recent relaunch, we invited our founders and a few of our previous contributors back to the blog to have a spiel for this month’s Collective Peg. All the people featured in this post have made a huge contribution to the blog since it started in 2006. By huge contribution, I refer to these guys volunteering all their spare time trawling through the internet, pressers, band rooms etc, to share new Oz music. Since departing, everyone here has gone on to do great things. No one’s really changed their style though – Johann still chooses a party feeder, Sophie’s choice contains an obligatory power-riff and Matt’s pick will probably be all hyping all internet and beyond sooner than you can utter s-e-e-k-a-e_fanboy. Biggest thanks goes out to our founders Jerry and Dom, for without their efforts harking all the way back to ’06, this blog wouldn’t exist. It’s been six years of sharing new Aussie tunes, local artists and the rest of the good stuff. Keep on keepin’ on! 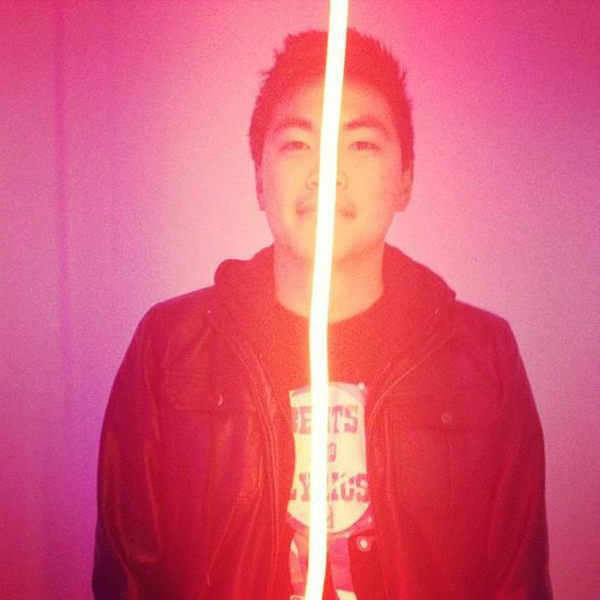 Who The Bloody Hell Are They? was started by Jerry Soer and Dom Alessio in July 2006. Dom has left to concentrate on his radio show Home and Hosed on Triple J, and Jerry is now a full time artist manager. Currently based in LA, Jerry makes up one half of music tastemakers Vitalic Noise managing a roster spanning Miami Horror, Goldroom, Chela, DCUP, Grafton Primary, Knightlife, Viceroy & Good Night Keaton.

Australian-born-Berliner Kat Noorbergen is Kat Vitner. I’ve been following Kat’s work beginning with her time as Cassette Kids, and then more recently as a writer for various producers. ‘Stoneheart’ is a perfect slice of her pop writing skills mixed with trendy SBTRKT style beats. The track is available as a free download on Soundcloud. 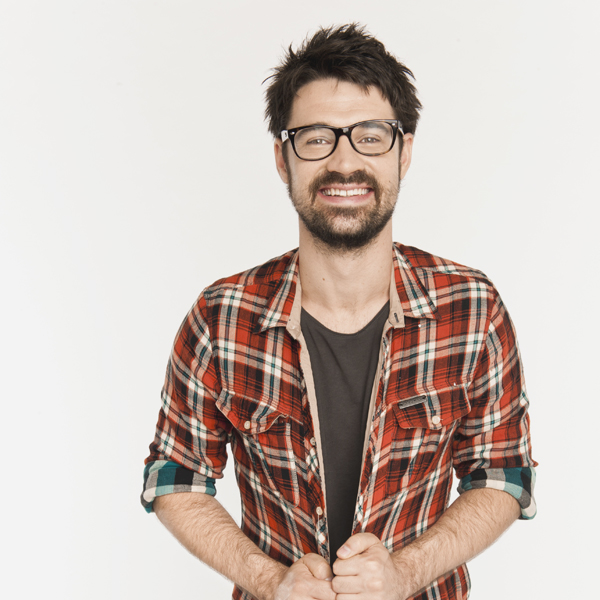 Dom Alessio (@domalessio) is the host of triple j’s Australian music show Home & Hosed. He’s also a writer, a failed musician, a newly minted West Wing fan and he may or may not still hold the 100m sprint record at his high school. Along with Jerry Soer, he co-founded this very blog.

DOM: I remember Jerry and I coming up with the idea for Who The Bloody Hell Are They at a Gomez concert in 2006. I also thought ‘New Kids On The Blog’ would have been a great name, but we liked the idea of referencing the tourism campaign that Lara Bingle starred in. Looking back through the archives, we covered a lot of different stuff. The blog definitely got me involved heavily in Australian music. I never could have imagined that it’d turn into a job on radio, but life’s funny like that I guess.

“Skip-hop” used to be the pejorative thrown at anyone in Australia who was making hip-hop, our cultural cringe condensed to a hyphenated slur. But now trying to define what Australian hip-hop is is like trying to define what indie sounds like. As the genre has grown, from Def Wish Cast‘s groundbreaking Knights Of The Underground Table to the EDM leanings of 360‘s Falling & Flying, and more people have come to accept and even love Australians rapping in an Australian accent, it’s opened the gate for different influences and experimental ideas to infiltrate hip-hop. Just like indie – some of it’s great, a lot of it’s shit, and only a small number of artists make something genuinely original and exciting.

For me, Brothers Hand Mirror are one of those artists because they don’t sound like anything that’s come before them. The music is introspective, alien but it totally makes you want to dance. The beats are courtesy of Oscar Key Sung (a.k.a Oscar + Martin‘s Oscar Slorach-Thorn), all skittish and industrial. The voice of the duo is HTML Flowers (a.k.a Grant Gronewold), who also suffers from Cystic fibrosis. His life expectancy is severely reduced. They don’t play live much because of his health. So basically they’ve channeled that into a handful of stellar releases over the past few years that they’ve put out on Bandcamp. Muddy Now is the latest EP from Brothers Hand Mirror. If you thought you had “skip-hop” all figured out, listen to this. 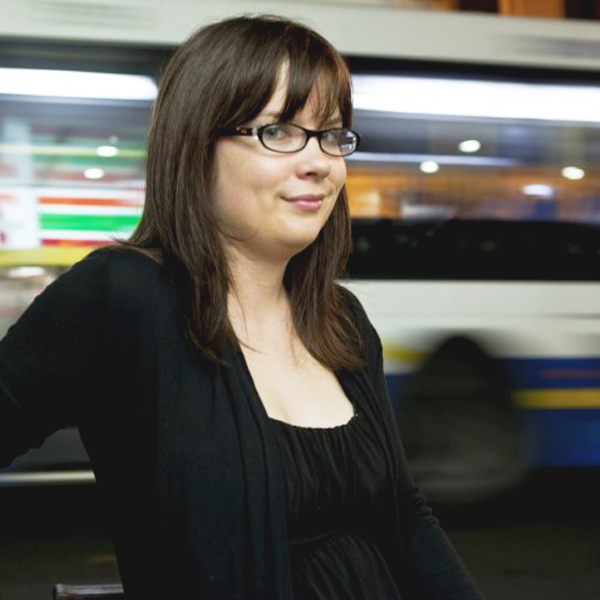 Sophie Benjamin (@sophbenj) is a writer, bumbling photographer and occasional musician. She used to work as a journalist for the ABC and commercial radio in Queensland, but has since fled to Melbourne. Check out her blog at iamverybusyandimportant.net.

I’m a little loath to contribute to the hype surrounding High Tension, but if past experience is the best predictor of future performance, the Melbourne four-piece probably has the goods. Former Young + Restless frontwoman Karina Utomo is back on the mic, with fellow Young + Restless alumnus Ash Pegram and members of Heirs and The Nation Blue rounding out the lineup.
If you like any of those bands, you’ll probably dig this.

Their digital EP is out now and a 7″ will arrive early next year.
www.facebook.com/HighTensionBand 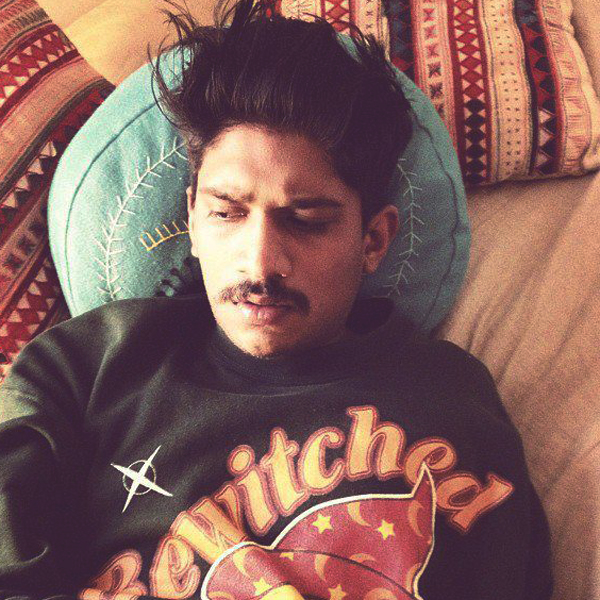 Johann created Melbourne music company I OH YOU in late 2009 when he received a final notice for an overdue gas bill and in a last ditch attempt to pay it off decided to throw a house party and charged a ‘donation’ fee.

Since then I OH YOU has thrown parties all over the east coast of Australia and hosted acts like Foals, Yeasayer, OFWGKTA and The Drums.

The brand has also extended to function as a record label that releases DZ Deathrays, Violent Soho, Snakadaktal, City Calm Down and Bleeding Knees Club while also promoting tours for international acts such as Totally Enormous Extinct Dinosaurs, Bass Drum of Death and The Death Set.

Luke Neher and Sam Gill first started making waves in Melbourne as mash up DJs under the name ‘Naysayer & Gilsun’ a few years ago and quickly developed a strong and loyal following as they created their own brand of party. Moving with the times the two friends then turned their focus to developing a killer AV set which has been welcomed by their ever expanding fan base, seeing the duo begin to sell out rooms of 900+ capacity in Melbourne. Now Naysayer & Gilsun have shifted their focus to releasing original material and premiered the first offering in the form of a track titled ‘In Mind’, an expansive beat driven jam which features the melancholy vocals of Simon Lam (I’lls). It’s a trip which is perfect for late nights or (very) early mornings. Get around this! 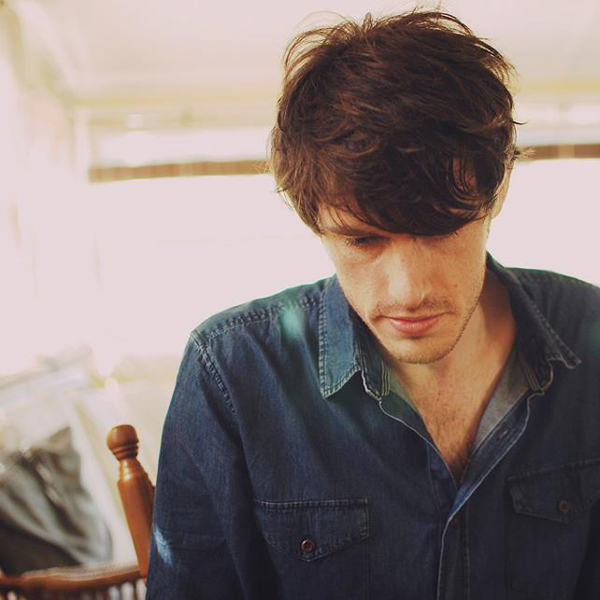 Matt is a former Who The Hell editor. He tries to squeeze in time for writing outside of working for the man and being a perennial student (of life, and also more specifically of economics). Follow him on Twitter at @shirley_bassey.

Wasting wine is a terrible thing to do. Every time you pour wine down the sink, an angel loses its wings. Fortunately, if you then listen to this song, that angels gets them back. Such is the glory of this tune that it not only restores the power of flight to holy beings, it also manages to alleviate the pain of living in a post-Parades world.

Some friends of mine have an apartment south of Bondi. It looks a bit like a crack den but has an entire wall of windows. Not to get too poetic, but this song reminds me of seeing a huge storm roll in over the ocean from that place – it’s calming in that all-encompassing, inevitable way; brimming with kinetic energy and the tension of a potential eruption. Parades had a gift for using the studio to add to already-strong songs and that remains true here. ‘Waste of Wine’ is more straightforward than some of Parades’ best moments like ‘Loserspeak in New Tongue’, but it has that uplifting and (excuse the cliche) life-affirming characteristic that was all over their former band’s first and only album.

I was originally going to post something off the new Townhouses or Fievel albums (you should still check them out), but the above song seems most appropriate despite being half a year old. Not only is it the most accurate representation of Australian music I’ve been listening to this past week following the demise of Parades, but that band remains one of a few I’ll forever associate with this blog on account of my falling head over heels for them during my tenure as a contributor. Thankfully, they’re also the first and only of that holy trinity (filled out by Guerre and Seekae) to call it quits. Parades were also managed by our esteemed founder, Jerry, adding to the nostalgic/love-in vibe of this post.

I don’t listen to lyrics all that much, which is why my catalogue of contributions to Who The Hell consisted mostly of instrumental, electronic or weird guitar music and not a lot of hip hop or folk (also because Aussie hip hop is the worst – I feel like it’s finally time I got that off my chest). This means I’m incapable of pulling out a lyric from the song to tie in with this whole reunion and close off the post the way a better writer might do. Instead I’ll just say that Who The Hell lives on stronger than ever, and hopefully the members of Parades can also continue climbing to higher peaks in their various new bands.