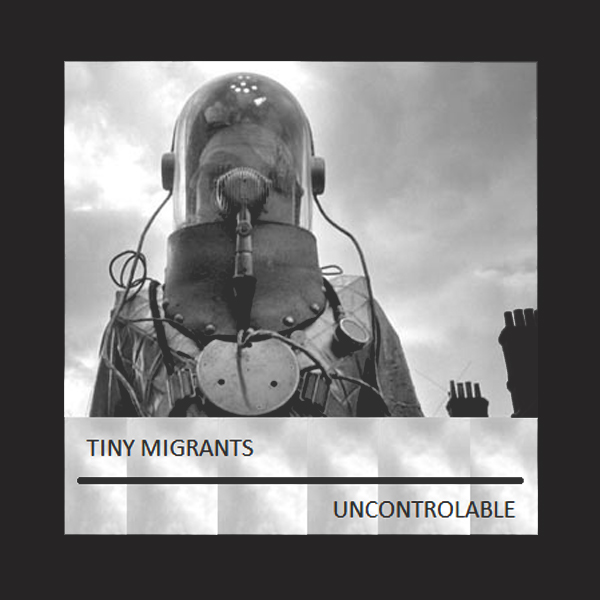 ‘Uncontrolable’ (too wild even for conventional spelling) is the latest track from Brisbane’s Tiny Migrants.

We’ve been on the trail these guys have left ever since they played our Brissie Halloween party in 2010.

This track doesn’t waste one second of its 2:12 running time, starting out with a blazing beat from Tiger Beams’ Jesse Hawkins, picking up some tambourine and a dusty bass line before Julien James’s spazzy guitar and vocal yelps complete a volatile experiment in damn exciting R ‘n’ R.

This track is the sound of going a little too far and taking a little too much. Jacinta Walker’s backing vocals are almost taunts, daring the listener to follow the band into the hole they’re gleefully throwing themselves into.

‘Uncontrolable’ follows on from Tiny Migrants’ killer single from early 2012, the slightly poppier ‘Fishpond Goldmine’ and their standout contribution to this year’s Nuggets covers compilation, ‘A Public Execution‘. With more releases due out in 2013, keep your eyes open and your ears pricked for Tiny Migrants, ‘cause they’re coming for you.

Pick this awesome track up for a buck on Bandcamp.