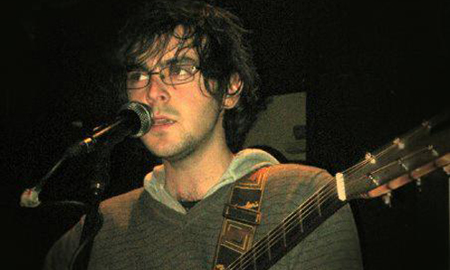 Grizzly Jim Lawrie – Wish I Was There

Heartening as it is to find a new little music venue in Melbourne these days – so many are being closed down or turned into gourmet bars/pizza joints – any such elation is only fleeting. A new venue is all well and good: a shiny new PA, some decent-priced drinks and a few rather cool posters might do the trick for some (although no adornments could match the poor old Rob Roy’s signature Johnny Cash), but it all comes down to who you can get to perform. The Toff, Melbourne’s most successful new spot, has seen international artists of some credibility darken its doors, and punters have followed notwithstanding the exorbitant price of beer. However, just down the road from a moribund icon – the Tote – sits an old, ex-Nazi pub called the Birmingham, offering up a new place of respite, more in line with the traditional pub venues of yore. The Nazi-ness of the place now painted over (and well-and-truly laid to rest by The Hondas’ set: “Are you kinky for chinkies? We are the hippest Asian band from Tokyo,” Taka Honda is heard to announce), it welcomes some truly brilliant young artists onto the tiny, dark stage. From side projects by members of Melbourne’s favourite band, Little Red, to electro outfit Hercules in New York, and hot young rock bands Major Major and Damn Terran, there are plenty of reasons to hop on the tram and get the hell down to Fitzroy.

3 weeks in a row now, I’ve witnessed something great at the Birmi (it’s so cool, it deserves a nickname). For 3 weeks, every Wednesday, I’ve seen a young bloke – ex-drummer for bands such as Ropeburning, Durbeyfield, and current drummer for The Hondas and Flats and the Friendly Few – take the stage with only a guitar in hand and proceed to blow the audience away. Grizzly Jim Lawrie is his name, and his music is sublime. Standing alone on a stage can often be a chore for some, but he seems as comfortable as can be: a downbeat, down-right rye sense of humour fills the gaps between songs; songs about love, about death, anxiety and loss, they are as touching as any you’ll hear, but all encased in a demeanour that will get girls and guys alike swooning. It is in his lyrics that Grizzly urges the Tom Waits comparisons. With a bluesy swagger he delivers such cooler-than-cool lines as, in ‘Pay All My Debts From the Grave’:

“I’ll clean all your bones, turn coffins to thrones, get rid of that god-awful smell,
Be an escort in Heaven or a toy boy in hell, and by god I will do it well.
And when I get paid, I’ll get business cards made to pass round to all those deceased,
Saying “Jim’s new to town, but for penny or pound can assist in post humus relief.”

And all this is ignoring the man’s most profound asset… his voice. Some say it’s Muppet-like, others romantically think of Neil Young. Either way, it’s an idiosyncratic warble; not to Devendra Banhart extents, but subtle, beautiful and recognisable.

Do yourself a favour: ignore the current trends. Ignore for one night the desire to watch the same-old retro-rock bands at the Espy or The Corner or wherever the hell you usually go, and come down to the Birmi for a taste of music at its most grassy of roots. I did, and I found Grizzly Jim.