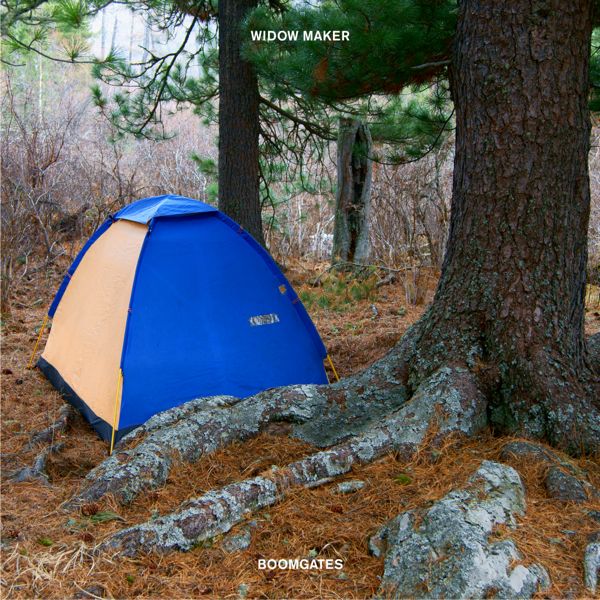 Australia, you may have noticed, is really flipping big. There’s a lot of distance between our urban capitals, and we’re a heck of a long way from most of the so-called ‘Western world’. We sometimes feel a bit isolated, on our own all the way down here, and we get a bit defensive of our cultural exports – not to mention fiercely supportive of their creators.

These factors tend to make our music scene kind of incestuous. Enthusiastic music journos toss the word ‘supergroup’ around with gay abandon, but when every drummer plays in about five different bands the term doesn’t always mean that much. Boomgates, however, have one of the most drool-worthy line-ups upon this vast continent, featuring Eddy Current Suppression Ring frontman, Brendan Huntley, Dick Diver‘s Steph Hughes and Rick Milovanovic from the Twerps.

These guys have actually crossed the ditch for their latest release (in a sense – no one actually had to leave their hometown, let’s not get crazy), a split single with Kiwi group the Bats from that country’s own great export and singular pride, the Flying Nun roster. Boomgates’ contribution to the 7″, ‘Widow Maker’, is a jangly existential ode to the mundane. It opens with a great riff, open strings singing, then clicks into a bright, guitar-led groove with a steady forward momentum. Huntley memorialises a few moment-to-moment pleasures (‘I wear my diamond necklace just to show it off / I tie my shoes just to tie the knot’) – the take-home message being don’t take this stuff for granted, because at any old time that eponymous widow maker could snap off and wipe you out. Like most Boomgates tracks, ‘Widow Maker’ turns on the counterpoint between Huntley’s roughshod, half-sung, half-spoken delivery and Hughes’ soothing harmonies, as well as the loose interplay of the two guitars.

The Bat’s contribution to the split, ‘December Ice’, is an outtake from their sessions at Seacliff Asylum, a 19th century psychiatric institution located at a village on the country’s South Island. The singles were released digitally yesterday, with vinyl coming on 1 November. You can preorder the 7″ from Bedroom Sucks or Mistletone. Both bands will be playing a huge show for Melbourne Music Week’s opening night, on 15 November, alongside Montero and San Francisco’s Sonny and the Sunsets. Get your tickets here!