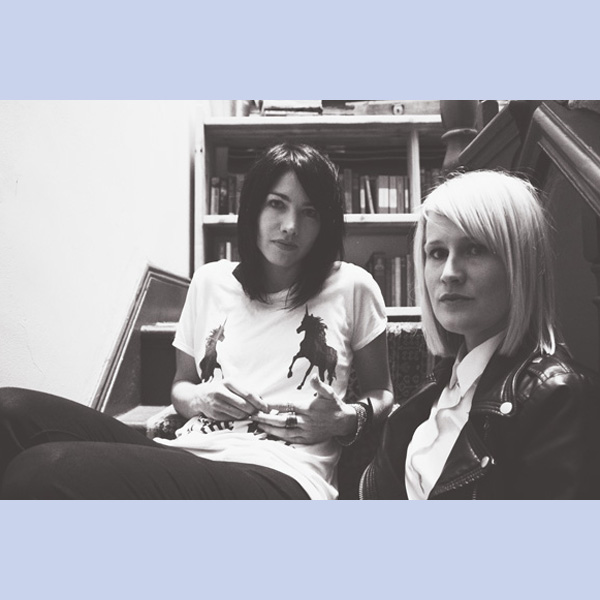 Dark Fair is guitarist Ramona Moore and drummer Ellie Dunn, and they make rock’n’roll music. I mean properly: leather jackets and Chrissie Hynde hairdos. The pair met in Brisbane – where presumably they grew up on a strict regimen of Hole and Magic Dirt – on the live circuit, playing together in Ramona’s band Kate Bradley and the Goodbye Horses.

Via their own circuitous routes, both ended up in Melbourne in 2012 and promptly recorded the debut Dark Fair EP, Penny Universe. Second release, You Shouldn’t Be Mine, is due out in May, and they’ve just dropped the single ‘Poison’.

A driving ballad led by Ramona’s frayed vocal and insistent open strings, ‘Poison’ is punctuated by a sharp bass cameo from pal Adalita – who’s championed the band since catching them live at Yah Yah’s about a year ago. Check out the track below.

Dark Fair are launching the new EP at Old Bar in Melbourne on Saturday, 31 May. You can also catch them playing the final show of their April residency at the Tote tomorrow night, alongside Ohms and tinsmoke.