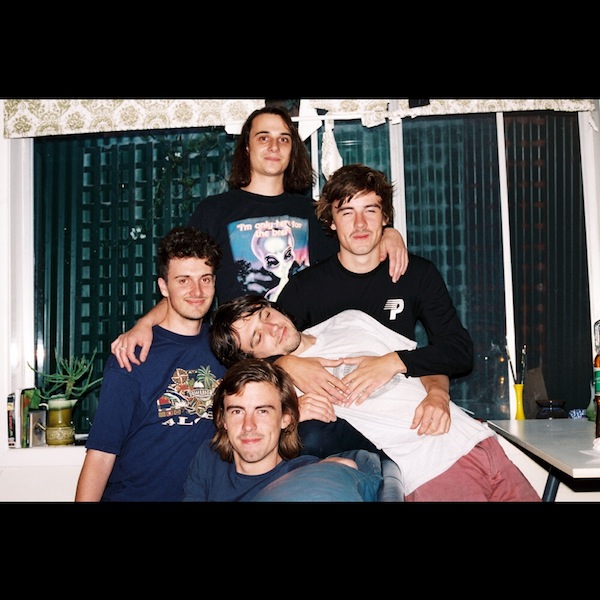 There’s something odd about central Victoria. Aside from quaint colonial re-enactments, the promise of gold nuggets and the odd medieval castle, towns such as Ballarat and Bendigo sure produce a lot of live music. This is the scene that produced Melbourne-via-Ballarat newcomers Crepes.

“To me it seems like Ballarat isn’t that much of a music hub, but I guess its had some pretty prolific bands come out of there,” says vocalist, Tim Karmouche. You might recognise Karmouche from his other band, Hollow Everdaze – another Ballarat alumnus. Crepes’ story is yet another tale of twenty-something regional flight. The four-piece first met in high school and have been on-and-off since its members started moving to Melbourne at the turn of the decade, but they’re back now with their debut EP, Cold Summers.

But more about that later. What is it exactly about this place that’s given rise to so many bands? If you drew a flow-chart including Gold Fields, Twinsy or Yacht Club DJs you’d find links everywhere, and most likely grouped around one venue: the Karova Lounge. “A lot of our bands have just cut their teeth at Karova, and Lachy and Sean who book and run it make the connections to Melbourne easier,” Karmouche says.

For a town whose reputation rests on its colonial history, it’s become an unwitting live music hub for the region. Right now they’ve got industry figures like Doug Wallen down there; he’s busy booking the Eastern and simultaneously telling stories about Heart of the Rat records. So Ballarat isn’t so much of a backwater but a regional centre where everything eventually finds its right place.

“Ballarat’s probably got the best live music for the greater Ballarat region. When I was 17 there were so many like-minded people who were all into music and art in the one town. Because it’s a small place there isn’t much else to do besides play music or footy – otherwise you’re a complete dropkick,” he says. So in a way, Crepes genesis was inevitable.

“I was friends with Maceo [Wood], our guitarist in early high school. His dad’s a bit of a local legend, running L’espresso, probably the first record store in Ballarat. He got me onto a lot of bands that I fell in love with. I explored all of their back catalogues – like, Eels or Flaming Lips. I just fed off friends with cool parents,” he says.

All of this was happening around the late noughties. Now it’s 2015 and we’ve got Cold Summers.

On the first few listens, you can’t ignore Crepes’ place within the Australiana obsession that’s pervasive of late. Considering the warm critical reception of the likes of Courtney Barnett, Dick Diver and Twerps, those beyond the island continent are unusually literate in all things Australian right now. ‘Ain’t Horrible’s’ lackadaisical vocals are not dissimilar to the Conan Mockasins of this world—himself an antipodean mirror to the ironic sleaze of Mac Demarco and Ariel Pink.

It’s not like the world has suddenly realised that pairing jangly guitars with an Aussie accent is anything new, but this will make it easier for a band like Crepes to resonate with audiences outside their home country. Let’s just hope this EP isn’t lost in the headwinds of another peak in the global popularity of Australian music.