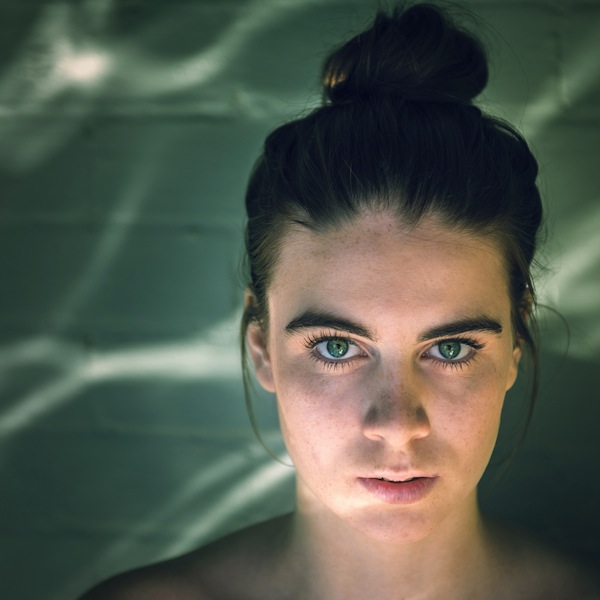 Almost Violet is the project of Sydney lass Jess Meier, who has been producing some dark electro-pop for a while now, developing a signature production style by piecing together sparse electronic samples with cut up vocals from old news clips. In the wake of the recent SOS BLAK AUSTRALIA protests, her latest track ‘Ivory’ works through some serious white guilt.

Throughout ‘Ivory’ you can tell that Meier’s voice would really pack a punch if she went full pop ballad, but she balances the blasts with subtle nuances. The overall tone is sultry enough not to sound out of place with the atonal samples but pretty enough to carry the melodic load of the track. The song opens with the crackling voice of an old (probably) white guy assuring us that ‘The new Australians are real Aussies’, and Meier sets up the protest message with lyrics that are pointed but not overwrought.

She’s described the rest of her tracks as ‘#cinemasadcore’, which is super apt. The meticulous production across all her tracks can only be a labour of love crafted by someone who has done the technical legwork to create compelling stories with her music.