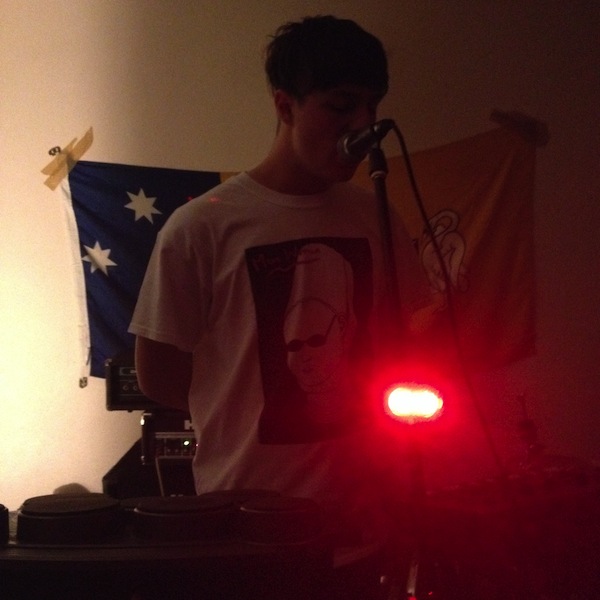 Sometimes, driven by yet another going-away drinks for a Brisbane mate leaving for ‘better opportunities’ down south, I’ve declared (unprompted) ‘I’d move to fucking CANBERRA before I’d move to Melbourne’ (cue: no one cares). But that statement is starting to lose its weight, as more and more weird and cool music is released down there – especially through the exceptional Moontown Records. Our great nation’s capital is starting to seem pretty happening.

Desire, from California Girls (not actually girls, not actually plural – actually Canberra dude Gus McGrath), is the city’s newest prime cut – hectic desperate dance music that perfectly captures those nights when you party hard not necessarily cause you feel like it, but because what else can you do?

If you’re looking for something to fill the Workshop/Multiple Man shaped hole in your synth-starved heart, this might do the trick. McGrath’s music, though, is without the moody, middle-distance detachment of those two bands. The vocals are a focus point almost as much as the beats, with lyrics that are personal (‘cherub-faced boy/ tears run down my cheeks’) but in a kind of throwaway way – like an accidental drunken overshare followed by a ‘nah, not really’.

Ambition and need and disappointment and resignation all pulse through this record. It’s called Desire maybe cause some of it’s about sex, sure; some tracks, like opener ‘Skin on Skin’, are grimy with suggestion. But there’s also a kind of generalised want, a dissatisfaction that drives so many of our biggest nights. This is obvious on ‘Holiday’, where McGrath lays out his plans to forget someone who’s gone on to bigger and better things: ‘I’ll put out an album/ I’ll go on a tour/ maybe I’ll go to Tasmania… You’ll see the wonders of the world/ I’ll probably get drunk’.

This is dance music before anything else, so obviously keep an eye out for a live show. I saw California Girls in a shit ‘rock & roll’ venue where the sound was way too low, and it still Went Off. Desire really hits its post-2am stride smack bang in the middle, with the Crystal Castles, X-tinnies vibe of ‘Euphoria’ and the slow-build trop-pop of ‘Hidden’ – but the whole thing is packed with opportunities for a bit of reckless abandonment and throwing your body around. This record is up there with the best local underground dance music around at the moment, in a scene that’s only getting more and more interesting and exciting.

Desire has already sold out on cassette but you might be able to snag a copy at a show, and a vinyl release is forecast for the near future.

Catch California Girls at the Moontown Records Melbourne showcase on 23 February. He’s also supporting Naked, alongside fellow Canberrans Wives, at the Phoenix on the 20th.