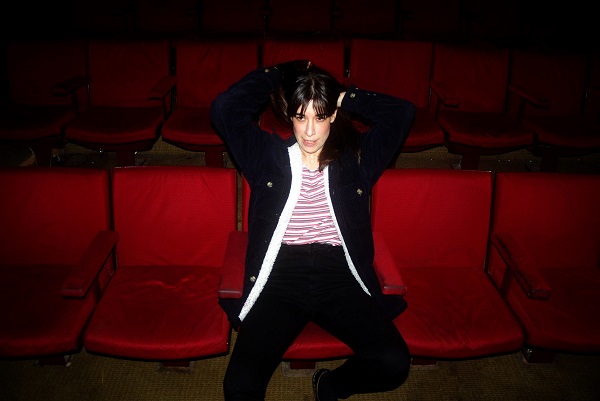 There’s a shaky kind of hopefulness to this new song from Sarah Mary Chadwick.  It’s like she’s got her hands out grasping desperately for something she’s not sure she wants, and which she might not get anyway.  ‘Makin It Work’ is the first single off Chadwick’s forthcoming record, with the kind of hilariously doomed title of Roses Always Die. Even knowing that, Chadwick makes us hope along with her here when she says she’s ‘moving towards a kind of finish line’. Even though neither we nor, it seems like, Chadwick, know what the other side of that line’s gonna look or sound like, we want her to get there.

The constant ticking drum machine and electric organ will be familiar to people who already know Chadwick’s stuff, but ‘Makin it Work’ doesn’t have the layers and atmospherics of a lot of Nine Classic Tracks. It’s more restrained and inward-facing, like this is a song she could have just written for herself and we’re getting a privileged private listen. However there’s no joke in her statement that ‘it’s a big song cuz I’m happy’, cause it is. A big song, a big moment, a big deal.  It must be for Chadwick to sing something like ‘baby oh baby/ spin me round and save me’, even if she’s then gonna say she doesn’t care who does the actual saving. It’s so big she had to stop and look around and write a song about these feelings cuz who knows how long they’re gonna last.

There’s an overriding notion in a lot of love songs, and, the world in general, that once love comes to ya it’s all easy – which might be true for some. But for Chadwick it seems like nothing’s ever easy. And that’s where her vulnerability and her power comes from, the effort, the fight, the pleasure, the spit, the degradation, the fuck ups, the times when hope hurts more than hopelessness.  For someone whose lyrics can be realistic to the point of self-defeatism, this song is a beautiful exercise in trying to start the circulation again, to believe that it’s worth the effort to Make It Work.