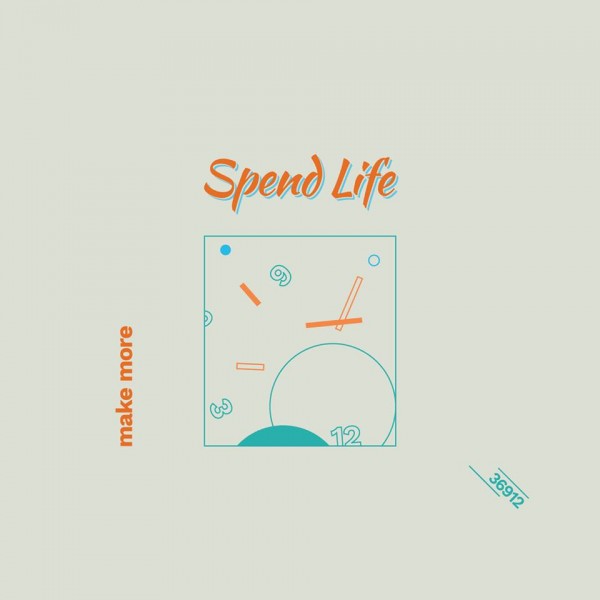 While we’re trying so hard to have a legitimate winter right now, Brisbane trio Make More are dragging me back to Queensland summer. Their debut record Spend Life gives off the sticky feeling of living every moment under a relentlessly bright sun, the kind that makes you look happy even when you feel like shit. Spend Life is a succinctly packaged debut that blurs the lines of every genre it draws from, with each two-word titled track rarely breaking three minutes. The whole thing sounds urgent, the guitars sweating under the suppressed cynicism of each lyric.

The best thing about Spend Life is that its strengths do more than compensate for its (few) weaknesses and prove there is still room to produce something original on an indie rock record. Six-stringed melodies bury sharp observations about relationships both intimate and universal. It took a few listens to unearth gems like the lone phrase in opener and lead single ‘Best End’: ‘You’re an idealist with no idea / I heard you went on a trip around the world / now you’ve think you changed it.‘

Lyrically each track is built off a passing thought sprouted from a feeling – disillusionment, disappointment and certain apathy seethe underneath distractingly big riffs with the end product forceful optimism: if I shout things that suck underneath insistently peppy guitars things will get better, or at least it’s worth a shot. ‘Dead Hands’ is a balance of harmonised guitars and counter-melodies, heady bass and stunted, one-syllable-at-a-time vocals, while title-track ‘Spend Life’ closes the album appropriately enforcing the finality of the past and how history is an immovable shit etc. It must be an important theme for the guys, because this is one of the only tracks where the vocals take precedence over guitars in the mix.

Errol, Josh and Simon (surnames unknown/mind your own GD business you nosey B) also play in punk band To The North, and have pasted that band’s propulsive rhythm section straight into Spend Life, injecting feverish punk moments and pushing the sound away from the guitar pop brush I want to paint Make More with. It’s hard to call an album free from any comfortable verse-chorus-verse structure any flavour of pop, but it’s a decision that has paid dividends as an important point of difference between Make More and other jangle punk bands like Boomgates and Thigh Master. Think less Dick Diver, more Unity Floors.

Make More are feeling feelings, and feeling them fast. They’ve made an album out of influences that constructed differently have been proven to be offensively boring (part indie rock, part punk, part melodic guitars) but have done it with subtlety and skill. Spend Life is a great record to turn up loud and scream your grossest most undeniable secrets to.

Sneak a listen here ahead of the official release through Black Wire Records and Lacklustre Records, and catch the album tour (dates below). 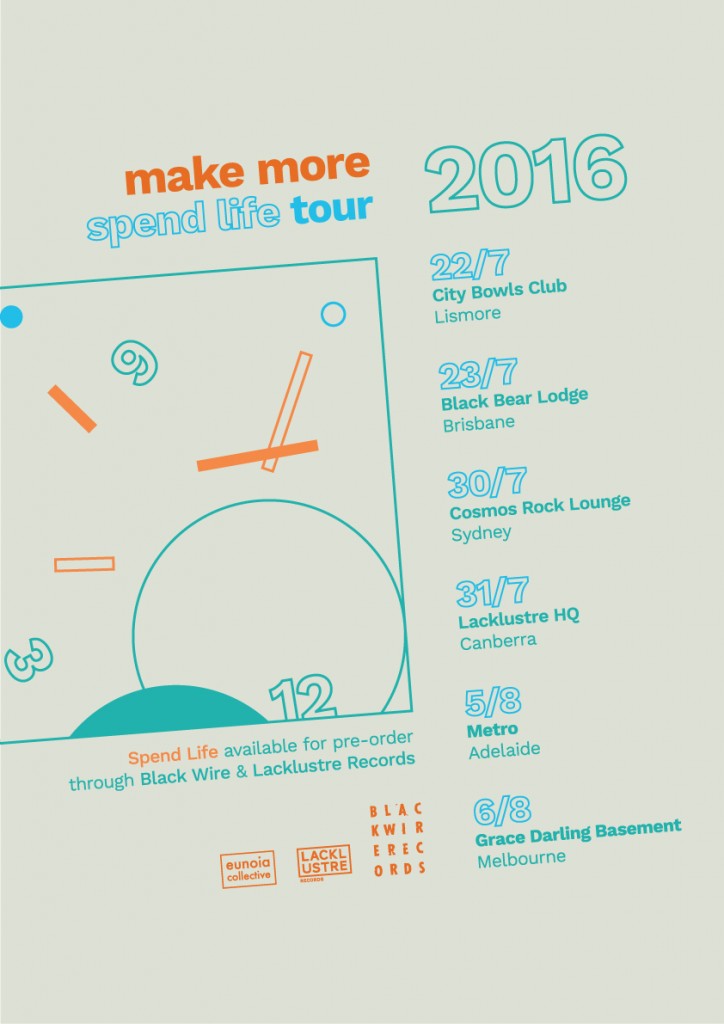