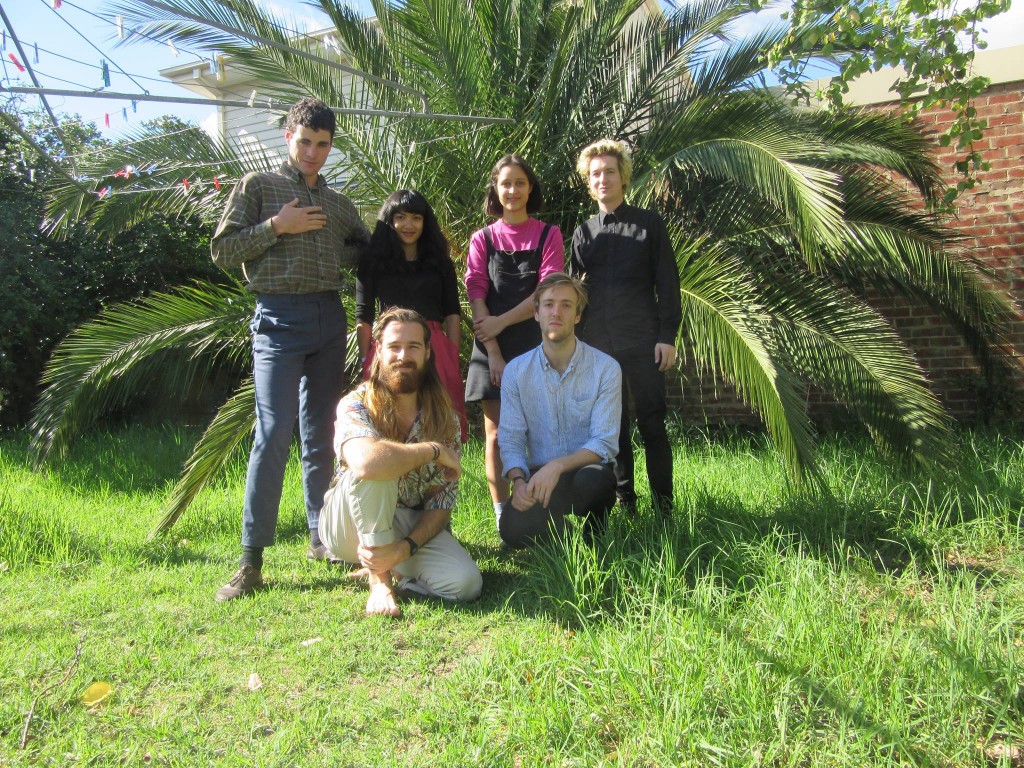 Yeah, that tape got released last year, Pregnancy did the whole Northcote Social Club she-bang and everything for it – but some songs are born for long everlasting life, and ‘First Kiss’ is such a song, given a new shot of life as the shiny lead single for Pregnancy’s upcoming LP, Urgency.

Pregnancy always struck me as having some awkward growing pains, at least from where I’ve stood in the audience. You could probably spot the genesis of the project a little while off during shows for The Ocean Party, where Denton would sometimes, if he was feeling up to it, have a sneaky boogie with himself or even jump into the crowd. Denton is all stiff dance-moves and low-register but, in a way, it feels like he’s pulling from the same book as artists like Alex Cameron or even his band-mate Snowy’s other project ‘No Local’ (in which Denton plays drums).

Lone dude with a microphone in a semi-formal get up; a pastiche of 80s romanticism at its finest. The synths are urgent, the guitars angular, the melodies heartbroken; everything’s perpetually running in the rain to a betrayed lover, asking for one last chance. The video shows the band playing cosy in a small room, juxtaposed with images from Pregnancy’s February tour.

Give it a watch below, get a taste of Denton’s dance-moves and perhaps buy the tape.

Head along to the ‘First Kiss’ single launch this Thursday, May 4 at the Tote, with support from Frances Fox, Tenderhooks and Qwerty.

Urgency is out in July via Melbourne’s Lost & Lonesome Records.