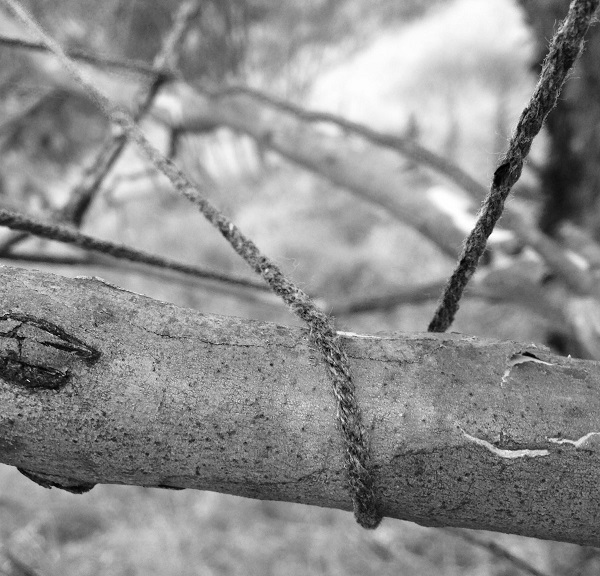 Reuben Ingall has many faces, somber avant-pop mangler, drone experimentalist, abstract beat maker, jocular mashup artist, and although his oeuvre is far-reaching there are distinct elements that join the dots, one of which is his guitar. His homemade effects can change the sound of his guitar from spacious reverberation to complete audio destruction, the instrument used to generate noise rather than melody and in some cases pushing the sound as far from the original source as possible.

Thread, his latest collection released via Canberra label hellosQuare recordings was recorded between 2015-2018 and spans pastoral acoustic pieces, reminiscent of Richard Youngs’ folk dabbling’s, meditative ambience, and sprawling, barren post-rock. And while Reuben did not set out to make a guitar-based album, in fact he states he “shied away from the guitar as an obvious source”, once he had 3-4 arrangements he was happy with he decided guitar would become the focus for the album.

Field recordings also play an important role, at times sounding like an extension of the guitars organic, earthy tone, other times placing the music in a context that is uniquely Australian. As to his approach, Reuben says “the writing of melodic and harmonic material mostly comes after my initial ideas around a way of recording and arranging and treating a sound.” This concentration on sound is another common element that runs through much of his work, but for those familiar with Ingall’s music you can’t help but expect to hear his melancholy vocals, fortunately the unfolding arrangements need no help keeping the listener engaged.

In addition to the music, Ingall has also created accompanying visuals for two of the pieces, each perfectly capturing the respective mood. The perpetually rolling topography of ‘Sediment’ simulates the vastness of the music, while the dizzying kaleidoscope of ‘Floriade’ mimics the flickering arpeggios. Always true to form the visuals provide another outlet for Ingall’s experimentation, the latter clip composed of footage taken with a phone camera attached to a cordless drill, the YouTube description claiming “no processing, only a dozen edits”.