Becki Whitton is an audio engineer based in Melbourne who records under her solo moniker, Aphir. Aphir’s debut full-length, Twin Earth, was released via Provenance Records in 2017 and since then Whitton has self-released a steady stream of singles and EPs, the frequency and quality of which, highlight a restless talent with plenty to say.

Although Whitton’s music as Aphir typically leans towards the pop end of the electronic music spectrum, her most recent outings are more exploratory. Last year’s Dyscircadian ventures into more ambient territory, while Ceci n’est pas une Pop from earlier this year, is an effortless batch of smoky, downbeat electronica. Both EPs are collaborative efforts with Whitton working alongside some of her music pals including Happy Axe, KAIAR and Dear Laika among others.

Aphir’s Virtual Mixtape taps into her recent travels, including a handful of songs that would enter her subconscious while working. Over to you Becki… 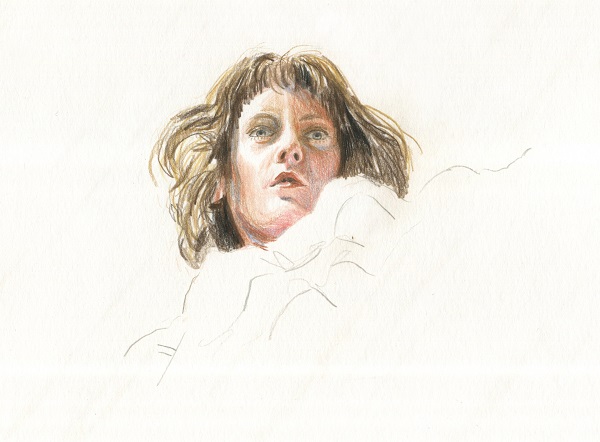 “I’ve been travelling a lot this year – I’m an audio engineer and for the first half of the year I didn’t have a studio, which meant that I was often travelling to different places to record the artists I was working with. In September I had the opportunity to visit California for three weeks and there was a whole stretch of time where I was too busy to listen to Spotify, so it was really interesting to just listen to my mind singing whatever random song it reached for to suit the moment. The songs on this playlist are a small selection of those, I guess it’s essentially a travel playlist.”

This is one of my favourite songs that’s been released this year. It’s about hiding parts of your identity from yourself because you’re scared they might hurt you or hurt other people which, in the first place, is such a deep thing for a song to be about, and in the second place every nuance of the production and arrangement of Drift reflects that feeling so perfectly. This song has the perfect feeling for exploring a new city at night.

I started getting this song stuck in my head a lot while I was staying in other people’s houses in the States. Freya’s music is amazing – her tracks sound like a five-piece band of killer songwriters teamed up with a very expensive producer but actually it’s literally just all her. She released an album called The Fifth recently and I really hope it ends up on some best of the year lists because it absolutely deserves that.

I just got into Buzzy Lee this year and I really love her stuff. I met her manager by chance when I was overseas and I was so nervous that I literally asked him what his name was three times after already being told twice. I love how this song is lo-fi but in the most deliberate, satisfying way – every sound has been carefully chosen and sits in the best possible place. Listening to this song really changes my mood in the best way every time I listen to it (which has honestly been a LOT).

One of the things I’ve been travelling for this year has been to occasionally DJ for Eilish when her band can’t play a show for one reason or another. S.M.F.Y. is the song she finishes her set with mostly, and it’s the perfect way to close because it transforms this heartbreaking experience she had into a pure moment of energy and connection with the audiences she sings to. I think is one of the best things music can do, and I’ve never seen the people in the crowd not love it.

This song is so cute and sexy. Mostly when people say “oh that song is so sexy” (about whatever song) I don’t really relate, but I think this is my kind of sexy song because it’s also kind of weird. This is a good song to listen to after spending a whole day navigating a new place and getting super gross and sweaty, but then finally arriving where you’re staying that night – I would say listen to this song while you’re changing out of your sweaty clothes to go to some place nice in the evening.