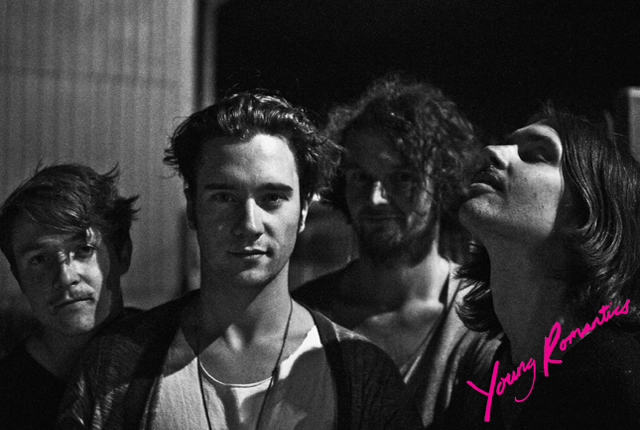 We covered the first single release of Young Romantic’s film clip for ‘Dark Times’, but after hearing them play recently around the Sydney traps, I thought I’d give them a second look.

The band’s made up of some talented players; the drummer playing for Slow Down Honey, while the singer Dave Jenkins Jr is also in SDH and plays in the backing band for Mister Andy Bull. Together they’ve created a unique sound, and a promising start with this first EP ‘Dark Times’.

This track ‘Ghost’ opens with a guitar tone worthy of a Tarantino film, moving swiftly into an authentic 80’s driving swagger, with a vocal delivery reminiscent of Steve Kilby from The Church – A classic lazy, deep, drawl. The song instantly puts me in a movie scene, where some serious shit’s just gone down, and now I’m on a mission. Driving a black Mustang. Cool Track, I like it.

But that’s just me. Feel free to send in your own imaginary adventures.
Band deets – http://youngromantics.com.au