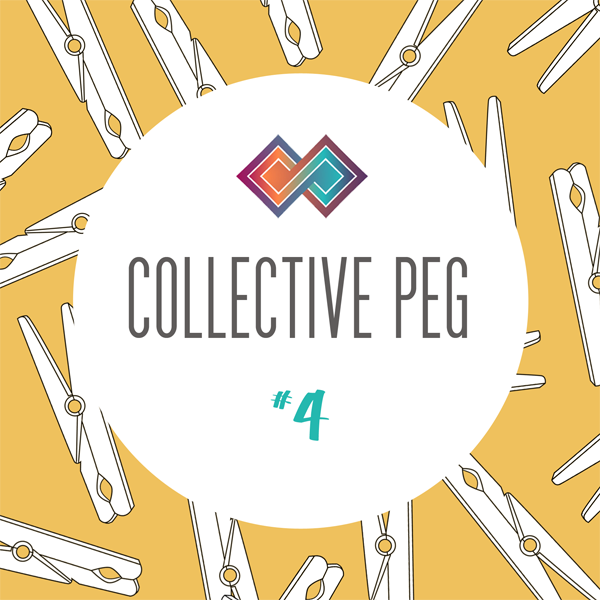 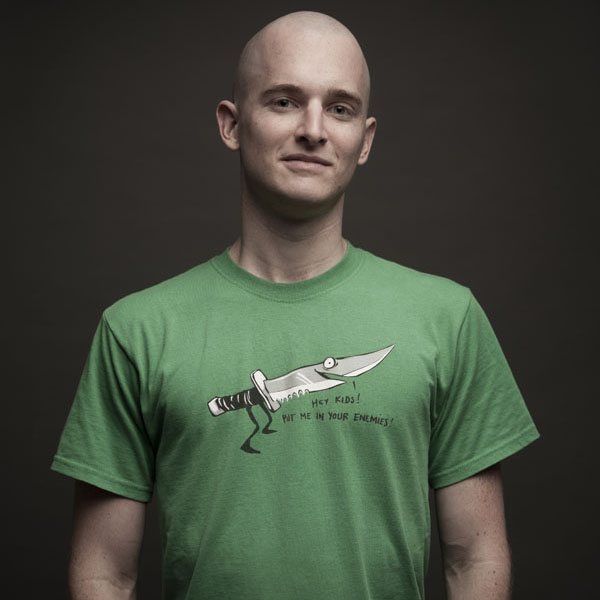 Andrew McMillen (@NiteShok) is a freelance journalist based in Brisbane, Australia. He writes for Rolling Stone, The Australian, The Global Mail and Qweekend, among others. Find an extensive collection of his work here: andrewmcmillen.com

This is a classic example of telling an Australian story through hip-hop; a vision of the local version of the artform at its strongest. It’s my favourite track on Urthboy’s fourth album Smokey’s Haunt, released October 19 via Elefant Traks.From instrumentation and production through to lyrical content and message, this is simply a killer track. The Australian flag issue gets nudged every few years and I’m glad that Urthboy is doing the same through a contemporary medium.”From a time when the empire tagged the globe / We ain’t cleaned that graffiti off the front of our home,” he raps; in the album liner notes, he writes, “Let’s keep it simple, the flag of another country sits in the corner of ours and that’s some shit straight outta the 18th century. We’ve been staring so hard at the past maybe we’ve gone cross-eyed.”

I feel pride when I listen to this: for my country, for our freedom and ability to question the status quo through song, for Australian hip-hop, and for Urthboy himself. I’ve followed him since his 2004 debut Distant Sense Of Random Menace. It’s been a pleasure to watch his talents grow and grow. I can’t wait to see what he comes up with next. 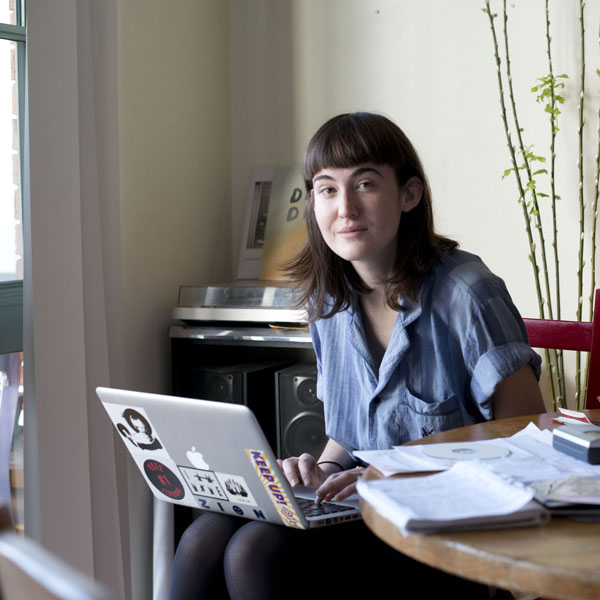 A.H. Cayley (@ahcayley) is a Sydney writer, editor, broadcaster, and, evidently, hat-feather collector. She is the deputy editor of PAN Magazine, curator and host of quarterly live-reading night Confession Booth, a presenter on FBi Radio, and a contributing writer for publications like Time Out and The Big Issue, but she devotes most of her words to local music over at Mess+Noise. Her personal work found here: www.ahcayley.com

I broke up with the man I was supposed to marry a few months ago, not long after Lower Plenty’s Hard Rubbish came out. The whole situation was so hard and so sad, and for nights on end, lying paralysed in the dark on my best friend’s sofa bed while he tried to find a new place, and pack up the life he’d shared with me, and come to terms with the bombshell I hadn’t been able to hold any longer, this song, playing on repeat through a set of battered earbuds, felt like all I had in this world.

‘Nullabor’ kicks me in the guts and makes me feel suffocated and restless and tired, but at least that’s something. It inherits a place as distant, desolate and lonely as the inhospitable stretch of country after which it’s named, and it’s just as beautiful; it’s as stunning as the whole outback. That nodding, mournful beat sits heavy around your neck while Al Montfort’s unique, wavering voice tells such an immense story in so few words. For the purity of its sadness, ‘Nullarbor’ is at its heart an optimistic song; it’s about letting go, and it’s about freedom, as painful as it can be. Even in the depths of its apparent hopelessness, there’s still that glimmer of hope in its protagonist’s eye; that brief but steely reassurance that says you’re doing the right thing, and that keeps you driving on, numb, through the dust.

Marcus Teague (@MarcusTheVine) releases and plays music under the moniker Single Twin.
His previous band Deloris released four albums throughout the ’00s and he is currently recording with a new project, Near Myth, who are set to release their debut album in 2013. He co-founded Mess+Noise and is currently the Deputy Editor of TheVine.com.au.

(DAVE: Rules are meant to be broken and sometimes pegs don’t fit; so we went with all three of Marcus’s PEGs this month. Mostly because I couldn’t decide which ones to cut… I mean, could you?)

I have a tendency to either listen to a song once and move on or just loop things over infinitely. As with this. What I like so much about ‘Hypothermia’ is — apart from that weird whirring sound that hums throughout, like a generator next to the bins out the back of a bar, which in turn perfectly illustrates the late night, just-outside-of-everything fuge state that the song has in store — is that I don’t think even it knows what it’s doing. I couldn’t say if there’s a verse and a chorus. It’s propulsive and arch and longing and melancholic. It could be your party jam or your breakup song. It could be background music or you could learn all the lyrics. You could play it on a guitar or in your rock band. Everyone concerned sounds effortless. It scans as a true and an entirely self-generating four and a half minutes of music. I don’t know if people realise how hard that is to create. I can’t really think of anything better you could say about a song.

Grand Salvo – ‘The Boy’s Story Of His Faithful Family Dog‘

Grand Salvo—Paddy Mann— is consistently making some of the most focused, technically incredible, and melodically and lyrically gifted music in the country/world. It’s just true. His musical universe is wholly contained and to be treasured. I’ve said it before, but if Paddy was from the UK or the US or, I don’t know, Iceland, he’d be globally revered, no doubt about it.

While his strength will always be finding nuance in simplicity, Paddy’s music has been getting more complex and layered across his six albums, although fundamentally his great gift is honing in on simple motifs and tweaking them, to the point of unearthing some crucial element that was hidden before. Or up ahead. His latest, sixth album ‘Slay Me In My Sleep’ is probably the Grand Salvo world at its most baroque, so I get that the passing listener might think it sounds fluffy or twee. Maudlin, maybe. Those people are wrong and idiots and missing out.

‘Slay Me In My Sleep’ is not a collection of standalone songs. It’s a self-referential, circular work that requires multiple listenings. So it’s hard to pick one song from the album. But the fact that he calls his dog a “teenager” in this is incredible.

Disclosure: I’ve been in two bands with the singer in this band. He never sang in my bands because he said he couldn’t sing. Even with a microphone in front of him on stage. He sent me these songs and I wrote back “Sounds great! Who’s singing?” He said it was him and I got really mad. Because he never sang in my bands and because I wasn’t in this band.

Ballads are all friends from Newcastle who came together in Melbourne and they’ve only released, I think, four songs, including a 7”. ‘Ballads’ as a band name makes more sense after you’ve heard their music. They’re not a folksy “woe is me and her” band. More forlorn and doomed. There’s a definite sleepy, half-drunk/broken Grizzly Bear vibe here. If you don’t want to skol shots and slink underwater in the bath looking up at the woozy light here I don’t know what would do it. They’ve got a Wurlitzer in the band and it makes me want one. I’m still a bit mad. 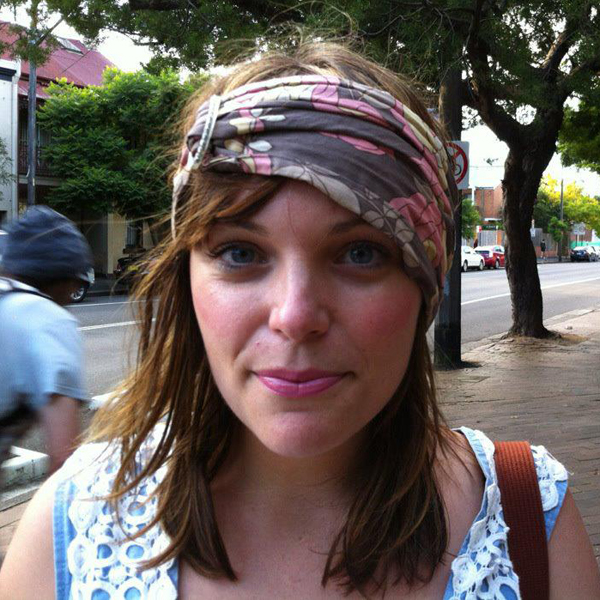 Megan Gordon (@groupiemagazine) is the unashamedly keen Managing Editor of Groupie at Pages Digital. She once dressed as Dobby the Elf at a Harry Potter screening she helped organise at Sydney University. She’s also spent some time in Montreal were she was cold, drank bad coffee, spoke terrible French and worked at Nightlife.ca in her spare time.

Pear Shape is one oddly sculpted sound situation you want to happen to you! The Sydney band crafts a decidedly exuberant brand of pop.

Their tune ‘The Coca-Cola Kid’ is as joyful as an advertisement for its namesake, only way less calorific and 100% more genuine. The band is also respectfully corporation free, producing their new EP (also named The Coca Cola Kid) independently.  Underneath the playful hooks, there’s a serious commitment to solid musicianship. These boys may play silly, but they’re dead set committed to their craft Their songs are crisp, structured and lyrically strong.

‘The Coca-Cola Kid’ is one of the best pop songs written by an Australian band this year; it’s a real shame that it isn’t on repeat across more stereos. But as the sun starts to shine stronger, I have a feeling people’s thirst for this tune will grow. Drink it in kids.

Dan Azzopardi (@dan_azzo) is the director of Sydney-based artist management and publicity agency, Mammal Sounds. Two years ago, he co-found Acid Stag, a music blog specialising in local and international indie and electro. Every Saturday night, catch him on FBi Radio, laying down sweat-inducing disco.

Elizabeth Rose – ‘Give In‘

Admittedly, I’ve given a lap-dance to this song. The electro pop jam sports seductive vocals and a deep, grind-worthy bass-line, making it a total boudoir anthem. ‘Give In’ is the opening track to debut EP Crystallise from talented Sydney producer Elizabeth Rose. Due to its accessibility, it’ll likely be the 21-year-old’s next single release, and subsequently picked-up by mainstream media.
Do me a solid? Imagine your dream date straddling your lap whilst the following lyrics are being sung in an innocently breathy tone: “It’s too late to cool it all down; especially when the wheels are in motion, I can feel a reaction to the words coming out; and if you feel the need to survive, I got answers tonight, you just tell me how; why won’t you give in?”
If you reacted to the above with a stir in your loins, don’t feel ashamed – you’re not alone.
www.facebook.com/elizabethrosesydney
Tweet

Leave a Reply to Jonno