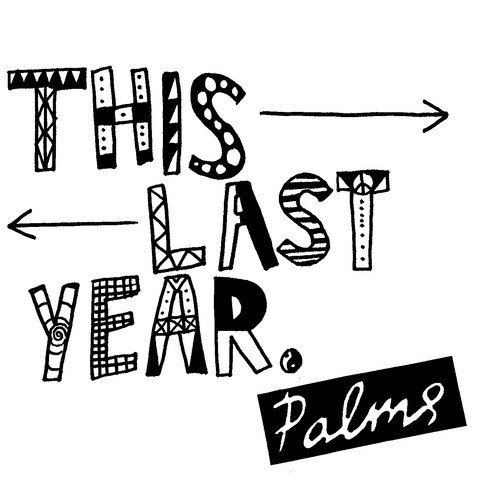 ‘Love’ ruled, but the chorus in Palms‘ new track is the biggest thing since forever*.

Thankfully, the loose term can be applied to Red Riders’ first album. It’s the one that still exists somewhere in a pit of 2006-2007 nostalgia (Dardanelles, Bit By Bats, The Scare, Young and Restless, Ground Components, Ghostwood, Mercy Arms etc) where I spend time regularly when I feel like hitching the portal to a happy place. I spent the weekend mourning over Red Riders’ back catalogue, so this new tune from half of their former members is a damn timely drop.

Palms’ new track is also a good stab at bleeding heart, so if you need a breakup song, a reason to tell your bf/gf stuff ain’t cool or just a general reason to cry over 2007 – sit up and listen.

Palms are supporting King Tuff for an I OH YOU / VICE party on Anzac Day eve. If you’re in Sydney and can get down to Goodgod on Wednesday – we highly recommend it.