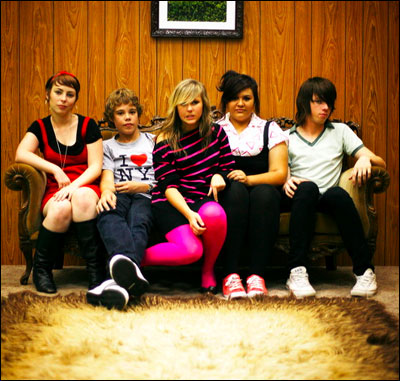 As promised LOVEBOX, THE single festival event that emulates Londonism like no other summertime party was held over two days in Victoria Park, East London. Unfortunately I only made it to the Sunday (Saturday I saw My Bloody Valentine-ha ha, still boasting!) but saw three Australian bands, all exceptional! Howling Bells showcased their new material (the record should be a stunner!) to a highly responsive crowd just before Operator Please pleased a jam-packed smaller stage. It was good to see a different breed of audience at the Operator Please show, as most times I’ve seen them they’ve pleased a NME demographic (17-24 year old indie-pop kids) with the crowd notably older but no less enthusiastic. Looking forward to hearing record number two. Finally, I saw PNAU in a smaller Boiler room-like stage. It’s kind of bizarre that in the Australian conscious PNAU have been plucking strings for almost ten years but they remain relatively unknown in the UK. I haven’t seen them in ages and their live show was quite the spectacle (Nick Littlemore was clearly F**KED!) but omitted certain rock star qualities, and they had massive multi coloured ballons flying all over the venue. Eventually they invited Amandah from Operator Please to the stage to perform ‘Baby’ that went down better than any JUSTICE record. 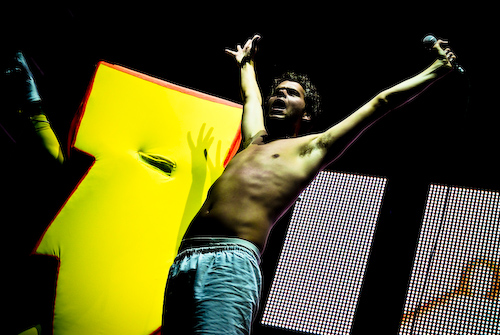 Word on the vine’ is that they were poached by Elton John’s management, and happily accepted the music moguls advances, making them hot contenders for a MEGA UK deal. Watch this space. 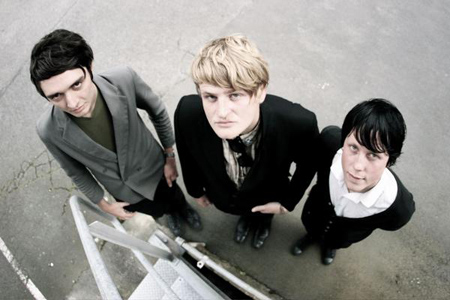 Next is Die!Die!Die! who were invited along with a whole stack of ‘so hot right now’ acts to play an in store gig at Rough Trade East (this is the uber-chic East London Rough Trade record store franchise frequented by many a hipster and music fan) as a means of celebrating it’s first birthday. Their gig was on Saturday and had an awesome turnout. These gigs work on the premises of first come first served and quite often have a ridiculous line out the front of the store hours before. I managed to get in and watch the kiwi bad boys rip apart the interior with their new set of bold-pop, and ace to see them as vicious as ever… (Certain music A&R forecasters have been speaking of a punk/metal revival, a new interest in heavier rock in the UK following the bust of the indie bubble).. So keep watch these next few months and hat’s off to Die!Die!Die! And finally a shout out and a bit of credit where it’s due to PHDj or to everyone’s favourite indie DJ and friend Martin! Joining the Sparkadia tour bus for their Summer Festival jaunt, he took some time out from the tour and played a few club nights. I only got to see him at work briefly at Club NME in the wee hours of Saturday morning, but this in itself is quite massive. It’s the biggest indie night in London and held at a historic UK live music venue, and for an Australian DJ to be invited to play is MASSIVE and a credit to Martin who mixed better than any UK indie DJ and was without a doubt tuned into the latest dance floor favourites in th UK. I was WOWED! And for the first time, missed Purple Sneakers..

Stay out of trouble.