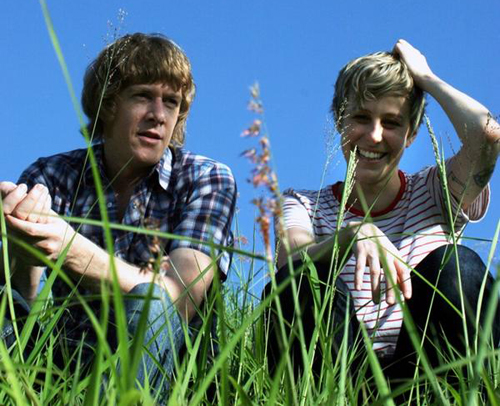 If you’ve never wanted to buy a Mercedes Benz more in your life then that’s probably because the song featured in their latest commercial is a great tune by Brisbane’s An Horse.

These guys have had a big year – they released their debut EP, toured through the US with Tegan & Sara, through Australia with Death Cab, performed at CMJ in New York, and somehow found time to record their first album (to be released in 2009). Judging by the quality of the EP, I’m Not Really Scared, there’s hardly a more deserving band nor hardly a more promising Australian release for next year.

The song itself is simple but bold, showcasing the duo’s ability to construct fuller sounds out of just guitar and drums than most could do with entire orchestra. Pop music with muscle and a heart on its sleeve.

If you haven’t heard it already then it’s definitely time to jump on the bandwagon.