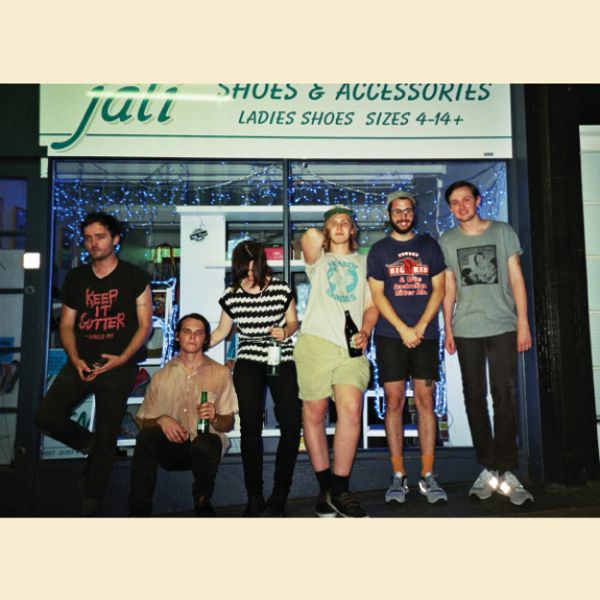 There are definitely hints of Joh Bjelke-Petersen in the style of Queensland’s stodgy new overland, Campbell Newman.  As self-appointed censor, he’s certainly been doing what he can to thwart development of the arts up in the sunshine state, but it seems he has not, as yet, deployed the storm troopers against Brisbane’s music underground. In fact, the damn thing’s thriving – as evinced by this little gem from brand new label Tenth Court, which features two tracks each from local upstarts Martyr Privates and Thigh Master.

Three-piece Martyr Privates formed in 2011 in the then flood-ravaged suburb of Milton. Their contribution to the cassette consists of loud, repetitive sludge rock, not unlike the swampy dirges of Kim Salmon’s the Scientists or Sydney newcomers Ruined Fortune. ‘Black Light’ and ‘Pale Lunch’ have been mixed with greater clarity than the songs from the band’s 2012 7”,  with punchy riffs carrying along these otherwise heavily distorted drones. (Martyr Privates, by the way, have an album coming out on Bedroom Suck and the UK-based Fire Records in March – check out the lead single here.)

Thigh Master’s offerings, meanwhile, are urgent and unkempt, band members flailing through ‘Goon Punch’ and ‘GAB CAB’ as quickly as they can while guitar strings bend and a bratty wail sails overhead. But, as a look at their tight live set demonstrates, Thigh Master’s approach is more focused than it may seem upon first listen. The tracks are melodic and to the point, and never overstay their welcome.

Tenth Court is hosting a shindig across three Brisbane venues from 21-23 February. Martyr Privates and Thigh Master will both make an appearance on a terrific bill that includes Cobwebbs, Keep on Dancin’s, Multiple Man, Orlando Furious and Per Purpose, plus label signees Barbiturates, Dag, Shrapnel, Screaming Match, Yoghurt Blood and heaps more. Weekend passes are available here, or you can get tickets on the door. 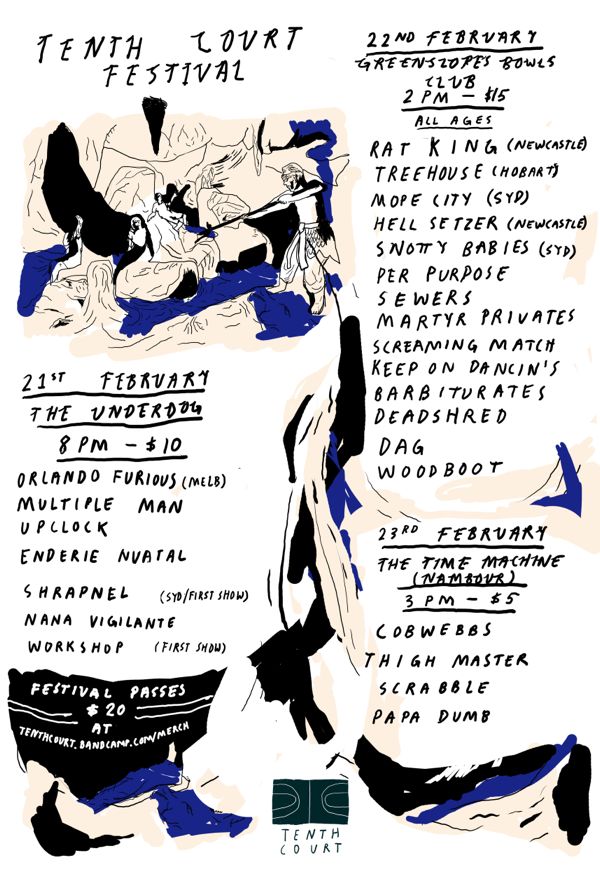