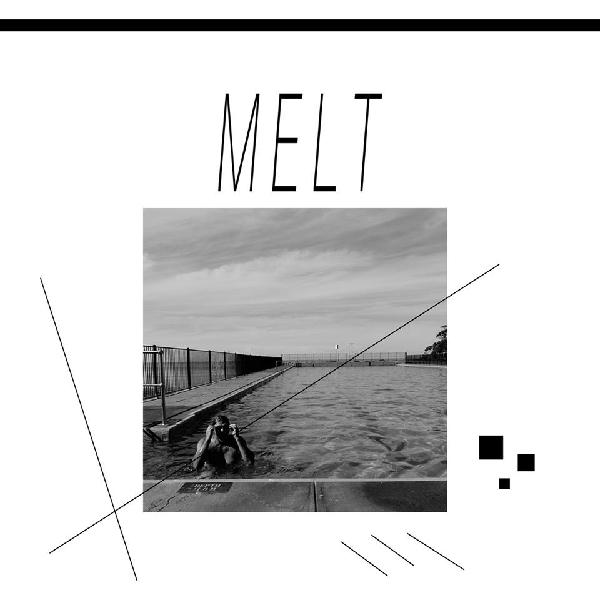 Here’s a word you don’t often associate with Canberra experimental, improvisational guitar artist Melt (Jordan Rodger from Wives, Primary Colours): concise. But here we are, with this concise, immediate guitar pop song as the first single off his upcoming record. He only allows himself a few bars of meandering guitar before it becomes rhythmic and driven, and drums come in and we’re pelting towards the end. ‘Neighbours’ is even more focussed than previous single ‘Sydney to Canberra’ off last year’s Theta Waves, though it shares the same tight, top-heavy drumming.

Roger has also kept up with the collaborative vibe of Theta Waves (which featured guests like Orlando Furious and California Girls), with Snowy (Liam Halliwell) of The Ocean Party, Cool Sounds, No Local etc on vocals. Here Halliwell does that thing where he follows up cute everyday observations with the perfect heaps-real line in ‘the neighbours watched me sleep, I didn’t mind/ Remember what we could stand about each other?’. There’s maybe four sentences of lyrics in total, repeated over and over. Then an abrupt stop. Then a little more pretty guitar to coax the track to a close. But that’s all they need to make sure you’re left with a strong feeling of nagging desperation.

There’s a little disclaimer on the Soundcloud for this song, letting you know that the rest of Melt’s new record probably won’t be this easy. It’ll probably just be beautiful, cool and surprising instead. Keep an eye out on Friday, 20 May for the cassette, out via Cinnamon Records.