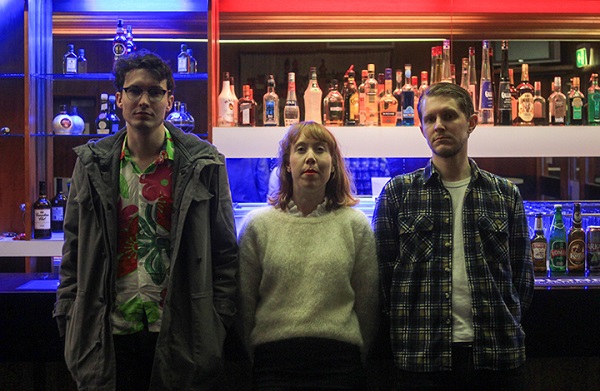 Look, I could probably just post this song with ‘Heart Beach continue to rule’ and leave it at that. If you know the Tasmanian three-piece you know they make impenetrably solid, understatedly powerful indie rock.

New single ‘Brittle’ continues the trends of much of their debut self-titled record from last year: two guitars playing the same great riff, two low-key and likeable voices working together to drive the kinda nostalgic kinda hopeful lyrics forward. A steady beat, a terrific bass hook. Maybe that sounds like formula but it’s more like direction – Heart Beach make confident music. They know what they wanna say and they say it well every time.

The emotional ‘brittleness’ of this song comes from in the tension of trying to hold it together, to look like you’re fine on the outside while inside shit couldn’t be more wrong. The measured vocals come out like a speech rehearsed in the mirror. There’s a lot going on under the surface of those fuzzy guitars, the drums constant, spare and flat. I’ll rehash the Pixies comparison cause it’s there, but without the over-seriousness that usually plagues those who try to go for the serious Pixies vibe too hard.

The more poppy elements help to offset the cruelty of the phrase ‘I can’t believe that he got over you’, so it takes a few repetitions for it to really sink in. Then by the time it does the song is just about over, and you have to play it again. And again.

Heart Beach have just been signed to Spunk Records, and their next record Kiss Your Face will be out later in the year.