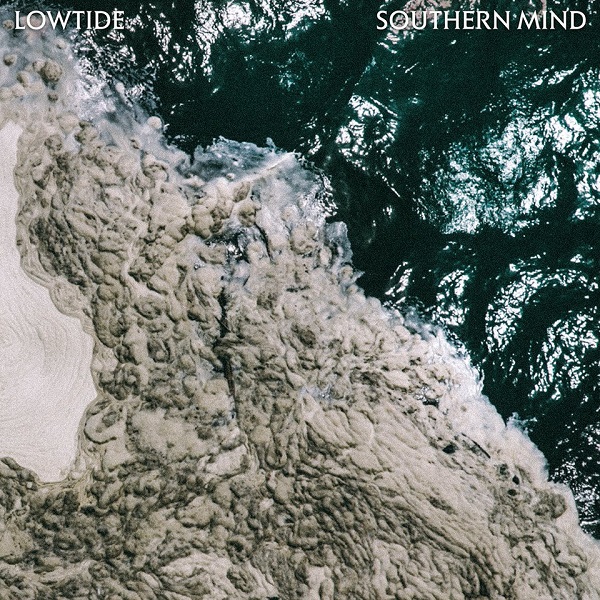 Two weeks ago me and my boyfriend moved from Brisbane to Hobart. So you have to excuse me if I get a bit drippy and sentimental over Lowtide’s new record, a record called Southern Mind, a record that breaths transition, progression and a clear-eyed kind of optimism. A ‘letting go’ record with only a suggestion of melancholy.

Then there’s the other thing; Lowtide’s self-titled album, which, somehow, came out in 2014, is one of my favourite Australian albums of the last ten years. One I’ve never gotten sick of, still gives me the same kind of ache today. The main difference between that album and Southern Mind is the necessary letting go of lightness. There’s no such thing as an ‘effortless’ song or album, and most bands give up trying to pretend there is by their second record. So while nothing on this one seems as kind of incidentally perfect as Lowtide’s ‘Held’, the simple pop smarts they showed on songs like that one and ‘Wedding Ring’ have become something more complex, but just as listenable.

‘Elizabeth Tower’s’ ‘Open hands, go on your way / stand and deliver, your task is forgiveness’ is the album’s pop song, open-hearted and immediate, a perfect choice for the second single after the more scrappy ‘90s-feeling ‘Alibi’.  ‘A.C’, with its more straightforwardly pretty guitar melodies, opening up into spacious, introspective verses, may be the song that most resembles that first record, though sadder, more resigned. Though when Giles Simon [who’s since left the band] consoles with ‘separate yourself / you’ve had enough’ you still feel like it’s about giving up to move forward. It’s a striking song, particularly when all the atmospherics drop out for a few bars in the middle, leaving resonant guitar and bass and Simon’s vocals, matter of fact and unadorned. Final track ‘Fault Lines’ leaves you with Lucy Buckeridge’s impressively swooping, twisting vocals, sweet and searching. With its slow, steady rhythm developing over it’s 4 and a half minutes, it’s maybe the most structurally simple song, but also one of the more personal and intimate, the counterpoints of Buckridge and Simon’s voices, ‘you’re always on my mind / you used to say this all the time / you’re leaving’.  It works to end the album with a kind of meandering, band-wanders-off-into-the-distance fade out than a resounding bang.

We know why people dismiss shoegaze (or dream pop, which is… faster, brighter guitars? I understand genres) as kinda wussy, almost boring. It’s samey by nature, having a consistent tone, drawn-out effects, a sense of each song lingering through the next is all part of the charm, and if you need your music to beat you up to make a point then it’ll never be for you. It’s also the genre that attracts the most cliche kind of description. You know, people says ‘dreamy’ ‘wall of sound’ ‘reverb-drenched guitars’ in their 200 word new music piece and think you get the picture, when the real feeling of the music is much more complex and particular. Like, there’s nothing really dreamy about this record – it’s purposeful, composed, exact. And as much as, going in, I wanted it to be something romantic and pastoral about love and loss in a harsh southern landscape, it’s not that either. It’s beautiful in totally its own way.  And the only way to really find out how is to listen.

Buy this beautiful record via Rice is Nice here