Setec is the moniker of Sydney-based artist Joshua Gibbs, whose extraordinary new album recently made its way into the world.

Atrial Flutters (or Raise Yr Hand If Yr Afraid), the second full-length for Gibbs, is a warts and all dive into his own anxiety and the turbulent journey that led to the album’s creation. At times the music seems at odds with the candid and personal nature of the lyrics, bursting with utter jubilance but can just as quickly curl up into a tiny ball, each note exposed and vulnerable. The contrast capturing the roller coaster of emotions explored over the course of the album.

The unique way in which Gibbs uses samples in his music is somewhat of a trademark of the Setec sound. Breathing new life into dusty old samples, Gibbs takes unassuming vocal snippets and adds layers of his own voice, building choral arrangements that are nothing short of amazing. So it seems fitting that the theme of this Virtual Mixtape is ‘Found-sound and samples’ in which Gibbs discusses three influential albums from 2005. 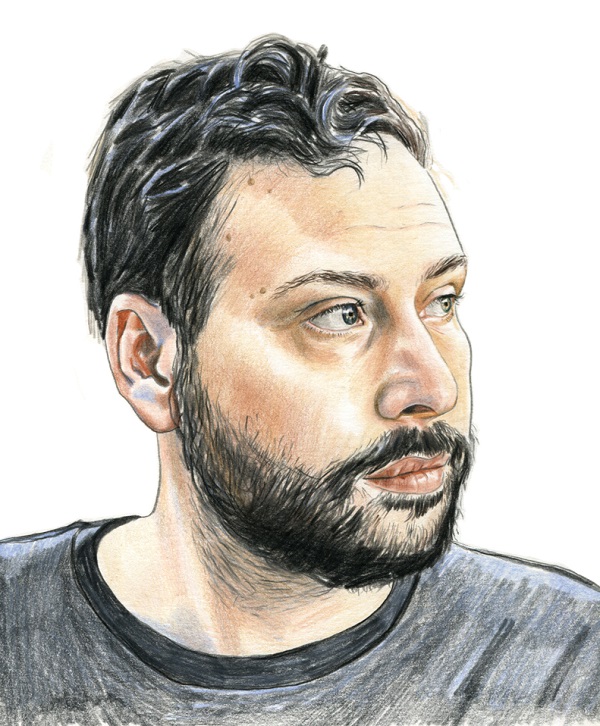 The first time I heard Cornelius, it was all in my head. My close friend Alex had described the opening track to Sensuous to me in such detail that it existed before I’d ever listened to it. Usually that would take all the joy out of a song, like someone live-reading a comic strip or when you accidentally set the wrong audio settings on a DVD and spend an hour wondering why there’s a buttery-voiced narrator describing things that are already happening on the screen. (For reference, I eventually found out this was intended for the vision-impaired). But this time was different: there’s a mechanical and exact quality to Keigo Oyamada’s music that easily lends itself to description, and instead of rendering it predictable makes it unexpected, dangerous and exciting.

The opener and title track ‘Sensuous’ ends as one would expect, settling on the major root note of the song plucked on an acoustic guitar – but then it keeps going, with the sound of an acoustic guitar’s low E string being slowly, slowly detuned while the sound swoops left to right. It keeps descending and descending, and you can hear the slack of the steel string slapping against the wood of the neck. It continues until pitch has all but vanished and all we can hear are the raw materials: steel and wood, plastic from a plectrum. This concept was so beautiful to me. I’d heard some music before that could be classed as ‘aleatoric’, but only in a contemporary art sense. Never sewed seamlessly into what was, at its core, a pop song.

It was cheeky but also serious, playful and exacting, and that’s true for the whole record. My personal favourite, ‘Breezin’, blends shimmery synths with staccato drums, a track that should feel busy but actually sounds spacious and vibrant, like a realtor’s description of a studio apartment. It builds with a chorus of clean dry vocals across the stereo spectrum, each cooing a vowel sound and sometimes completing the other’s words. The way Cornelius gives new context to these vocal samples gave me my first ideas in production and drove me to play around with sounds before I’d written any songs. It also led to me letting the songs write themselves around particular samples or vocal snippets, rather than writing long-winded acoustic ballads with too many chords (because I wrote a shitload of those).

Also, the cover art is dope and looks exactly how the music sounds.

The Books – Lost And Safe

I’ll never be able to describe exactly how this particular album made me feel. It remains to this day one of my most listened to records, and I still find myself singing its praises to people thirteen years later. Everything about their approach felt new to me- with time I would find similar artists using similar techniques but none were as influential on me as The Books. Listening back for this article conjures more vivid and colourful memories than I can ever muster on my own.

Lost and Safe was their third album, and at the time their most accessible work. It was still dense with samples and melodic ideas, but now delivered with a patience that let the songs breathe, giving moments to quietness and pauses where they felt natural. The percussion was sparing, dropping in and out of songs like waves; instead of providing the pulse, riding the other sounds and reacting to them. Big and little slices of cello wound around the space, mingling with acoustic guitars, effected voices and chopped samples of spoken-word, converging into something like complete stories.

This music was still calculated and mechanical, but not like Cornelius – there was more room here, a sense of loose improvisation mingling with the meticulous programming. Breakout track ‘Smells Like Content’ was a perfect example: a winding, choppy percussion track looping unpredictably, slowly, underneath a floor of soft bass chords. A salvaged recording of Nick Zammuto’s brother wandering aimlessly in a forest bookends this song. “Balance, repetition, composition, the mirrors”- somewhere between serious poem and silly stream of consciousness: this was a line The Books continued to toe until their breakup several years back.

‘Venice’ is so lovely and whimsical and always makes me smile. We listen to the sounds: a jubilant reporter talking us through a street-painter giving a show of his work, throwing paint on a canvas and the press below, eventually splitting open the canvas to let out twelve pigeons who then fly away. A real special slice of life underpinned by a light, airy soundtrack of rolling basses.

I mean, yeah, I’m missing half the story because I don’t speak the language. And truth be told, I actually never looked up the English translations of the lyrics. The music sounded real summery to me, and I think I just mentally attached images and colours to it in place of understanding the words. Juana was writing such gorgeous, layered music on this album. All the elements comfortably fit together, and the production just felt warm and inviting. Softly plucked guitars underpin each track, but mysterious just-so warbly synths take pride of place. There’s always a sense of the slightly detuned, the not quite but almost pitch of a bending keyboard line.

‘Salvese Quien Pueda’ has such a perfect pop melody that it floors me. It almost reminds me of a nursery rhyme, although the music isn’t childish. Synths gurgle behind this melody giving a sense of warped time. It feels dream-like more than anything, like I’m walking slow-motion in a field of heavy cream.

The ear-splitting frequencies of some of those synths threatens to pull the songs off-course, but they end up integral to the sound of the record- it’s so easy to get comfortable, and then she pulls us out of our reveries and yells in our ears.

The looped nylon-string guitars feel delicate but resonant, and I’d love to know how she recorded them. Seeing her live multiple times further demonstrated that Juana is a real master of her instruments, be they vocal, strung or pressed. I’ve seen her do things with a loop pedal that don’t start with nothing and end up with everything, which is the greatest praise I can afford an artist who works so closely with loops- not everything simply goes from small to large. Things build up and scale back, melodies come and go and are reintroduced as guests at later times.

I love ‘Yo Se Que’ not only for it’s beauty, but also because of that disgusting, jagged synth noise towards the end, rewarding our previous serenity with a new sense of unease. It hurts to listen to but I just love that idea. It’s like she’s saying “Try and fall asleep now, motherfucker”.