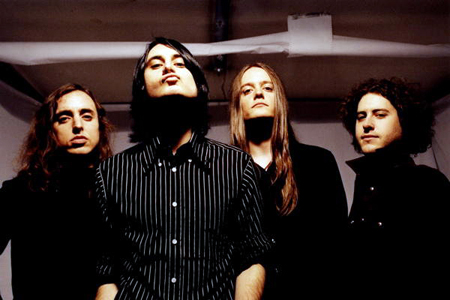 The Datsuns started out in 1997 in New Zealand, and for six years released vinyl only singles on their own label and travelled back and forth to Australia for gigs before taking the plunge to London and scoring a deal with V2 records. They excited a lot of the UK music press but quickly went cold soon after the retro rock movement got a bit tiring. The band came out into the public’s consciousness in a time when there was a flood of garage rock bands, and was quickly dwarfed by the White Stripes, The Strokes and Jet. Their last album got caned by critics and the first one didn’t fare too well either. They’re back with a third album out this year, the lead single System Overload sounds pretty good to me and is getting fair airplay on Triple J radio. A massive round of promo dates in the UK and Europe is going to keep them busy throughout October. Shame about the video though, the song doesn’t really fit into the whole retro sci-fi vibe.