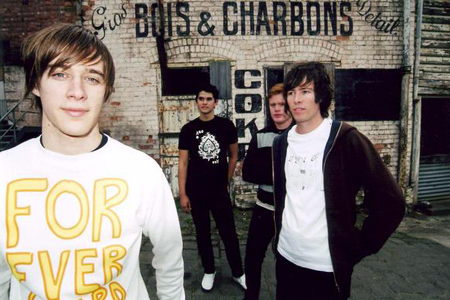 I’ve only seen these guys once but they definitely leave an impression, just like fellow frantic Kiwi rockers Die!Die!Die! and The Mint Chicks. It was at Purple Sneakers in Abercrombie Hotel and the friday night indie club night doesn’t usualy put bands on but made an exception for them. It was packed and took me almost an hour to get through, and once inside it was so crowded I could not really see the stage or the band. Phil the vocalist of the group is known for his wild stage antics and this night he decided to climb the rafters onto the rooftop next to the stage and yelled out some of his songs from there. Reminds me a lot of that guy from Les Savy Fav.