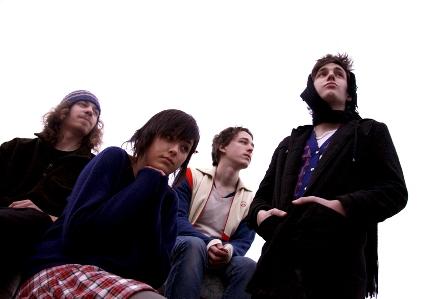 Oh Mercy are the Triple J Unearthed winners of the Big Day Out competition in Victoria. Two Sundays ago they opened the local stage and played to 500 people which I was told their biggest crowd ever. The band is really Alexander Gow’s vehicle for performing self penned songs and well arranged covers. I’ve seen them twice in Melbourne, both times they manage to gather indifferent punters in the venue and got them standing up and transfixed to renditions of relaxed, down tempo folk tunes that at times borders on alt-country. This command over the audience is largely to Gow’s easy going stage charm and natural troubadour’s swagger, qualities that is all too often missing or worse badly faked in most young singer-songwriters. It is quite a hard genre to stand out of, partly because there are so many players in the game and partly because these kind of songs don’t exactly jump and grab people’s attention. It’s challenging for such a young band such as Oh Mercy, all of whom are under 20, to write folk tunes relevant to most of the genre’s fans because most of the anecdotal experience needed occurs after living through one’s early 20s. Nevertheless this is a very promising start for Gow and his band, and I hope I will keep hearing more from them in the next few years.