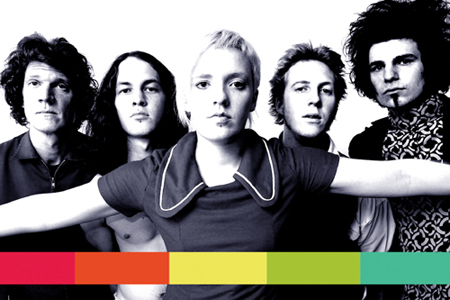 Flamingo Crash has the most unfortunate luck that they are based in Brisbane. This northern based fivesome has some of the catchiest pop songs I’ve heard all year. The hardworking band has driven a full 25 hours across 3 states from Brisbane to Melbourne just in time for an instore performance! The Crash’s gig history reads like an all star hit parade: supports with The Presets, The Go! Team, Wolfmother, Wolf n Cub, The Bravery and Faker prove that if these guys were based in Sydney or Melbourne they’d be all over radio and magazines. This August they’ll be coming down to Sydney for a couple of show, check them out.