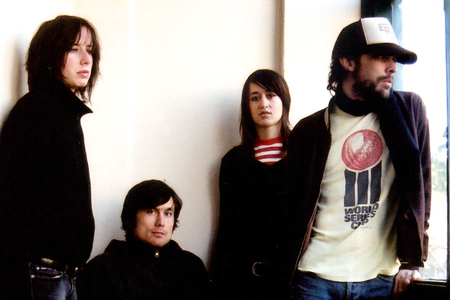 Another band hitting the international touring circuit is The Golden Age. Currently in the United States, their song ‘Dirty Bird’ has an easy groove perfect for an afternoon drive through the city. Formed in 2004, they played their first gig ever with the ‘now’ band Youth Group, and went on to play Homebake by the end of year by way of winning the Hopetoun Hotel Incentive competition, a yearly competition whose prize is to open the Hopetoun stage at Homebake.

When I saw these guys at the Annandale Hotel they have a weird setup of putting the two singers/guitarists on the two sides of the stage and having the girl bassist right up the middle. It was a strange decision to set up this way considering she had almost no presence at all, while the two singers had to sing from the shadows on the wings of the stage. I hope they have fixed this strange set up because it had dampened an otherwise energetic set.