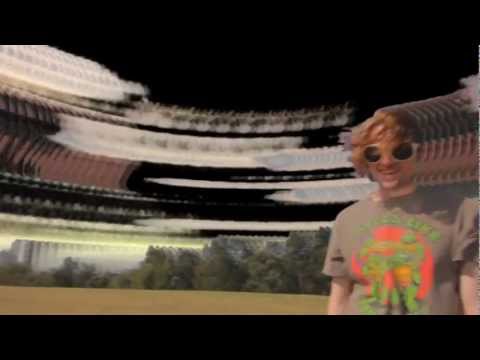 To be honest, I had to have a couple of goes at this video, because the spinning and the colours were kind of making me want to vom all over my desk. For those of you with a stronger stomach, this clip from Sydney psych Kings The Laurels is a really cool example of a simple idea that manages to be interesting while the guys get too stand around looking cool and doing fuck-all. Win win win. The clip was made by the excellent SPOD, who have previously put their video magic on tracks by the illustrious Donny Benet, Richard In Your Mind + Catcall. The psychedelic effects build with the song, helping to accentuate a killer riff and the blazed-out atmospherics that the band do so well. Just a well executed film clip for a rad tune. 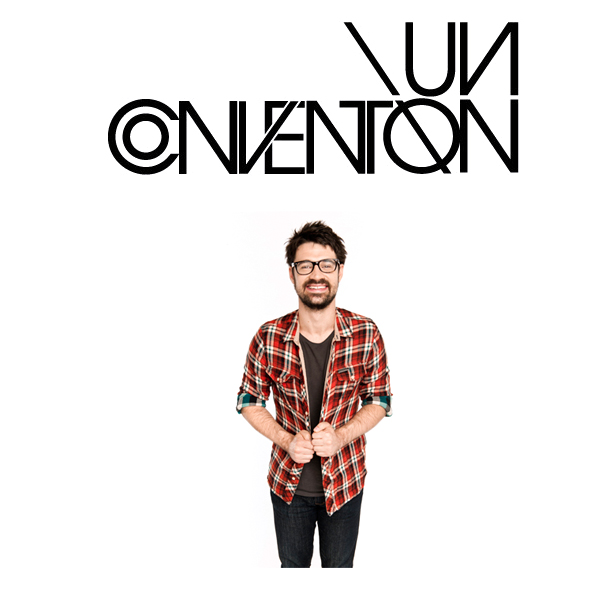 Here in Brisbane, we bloody love a music convention. Sure Big Sound has got the serious razzle dazzle, but a cursory glance over the line up for this weekend’s Unconvention reveals a wide range of quality local and interstate talent keen to spread their knowledge around like so much delightful and informative herpes. Speakers include WhoTheHell co-founder/Triple J champ Dom Alessio, iconic music journalist Clinton Walker and Dogs In Space director Richard Lowenstein. Joining them are hard working Brisbane industry folk like Jesse Barbera (who runs The Alhambra Longue), musician and recording sage Cam Smith and Go Betweens bassist John Willsteed . Also worth getting psyched for: performances from Kelly Loyd, James X. Boyd (who we’ve featured previously as part of The Majors and Running Gun Sound) and Mexico City. So if you’re in the Brisbane area (or can get there by Saturday) and wanna be inspired and practice your ‘networking’, head down to The Edge in South Bank (next to the State Library) on Saturday the 24th and Sunday the 25th of November.

Tickets are available from oztix and at the door. 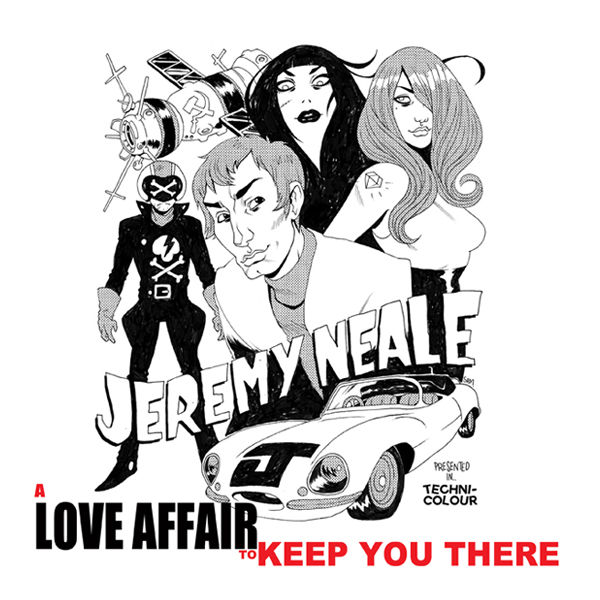 ‘A Love Affair To Keep You There’ is the new single from Brisbane’s spy rock Star Jeremy Neale. This track is more of a melancholy outing than previous singles ‘Darlin’ and ‘Winter Was The Time’, but Neale’s talent for deliciously constructed pop songs with breezy immediacy is still out in full force. The chorus sneaks up on you, ripping through a hazy vocal and spring-loaded beat. Like the other tracks we’ve heard from Neale, this one puts his vocal squarely front and centre, which is a great move cause he’s got a hell of a voice that can charm your pants off and knock you out of your chair at the same time. 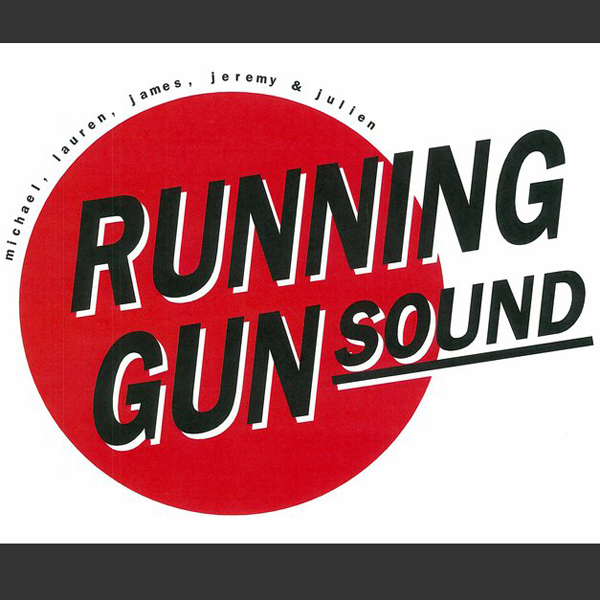 What has a hip shaking bass line, a double barreled chorus, and the dirtiest guitar solo this side of The Black Lips? It’s ‘Just You See’, the brand new track from Brisbane’s post-mod squad Running Gun Sound. The lyrics are a kind warning: “keep your hands where I can see/ and keep your eyes well on me/ we’ll get along just you see”, but even thinly veiled threats can’t keep this track from being pure summer fun. Guitars here are bursting at the seams with frenzied shredding and everything cracks along at a furious pace before coming to an abrupt stop, like a kid with ADD passing out after a sugar high. BRB, listening to this track 20 more times. 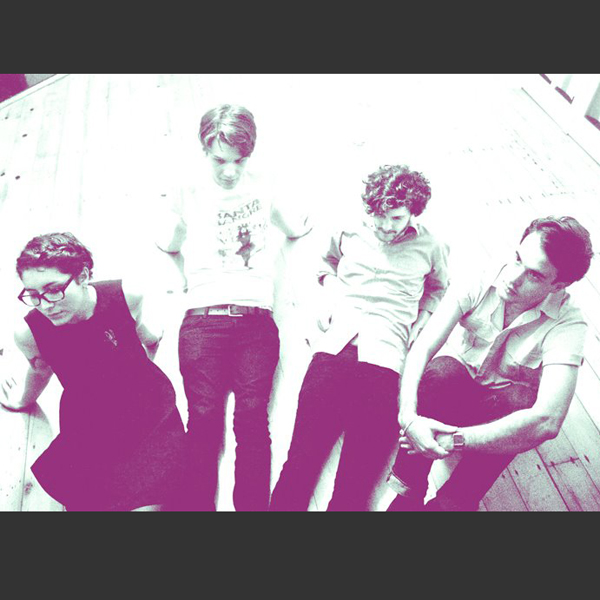 Nite Fields are a dark as hell Brisbane new-wave electro band who make cold, hypnotic tracks swimming in grim atmospherics. ‘Vacation’ is the latest one of these. Sounding very much The Horrors in their Primary Colours era, its entrenched in deep, echoing vocals and dense, driving synth. This track is just smothered in likeable angst, but the repetitive bass and blunt snare beats stop it from drowning in it’s own moodiness, propelling the track forward before it turns into a hazy, surprisingly sweet synth driven jam at the end. This vacation sure isn’t fun in the sun, but a great tune nonetheless.

‘Vacation’ will be out one limited edition vinyl on November 17th through Lost Race Records. Nite Fields are also playing at the Lost Race Festival  in Brisbane on the same day. Probably not a coincidence. 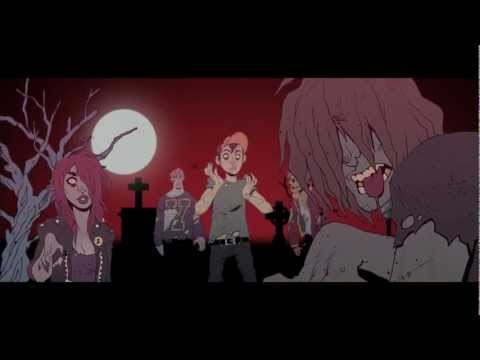 So they’ve forever crippled organised crime, died in various horrific ways and done…. whatever was going on here.
Velociraptor’s new single ‘The Walk On By’ from their mini-EP The World Warriors, is a lesson in zombie-slaying and a good stab at making low-budget high-quality.
It features a mixture of live action arse-kicking (and NIDA-worthy acting) and some great drawings from Brisbane artist Sam McKenzie. The track is also rad as hell, so make sure you’ve got enough room to dance like a moron before pressing play.

Velociraptor are currently on tour! 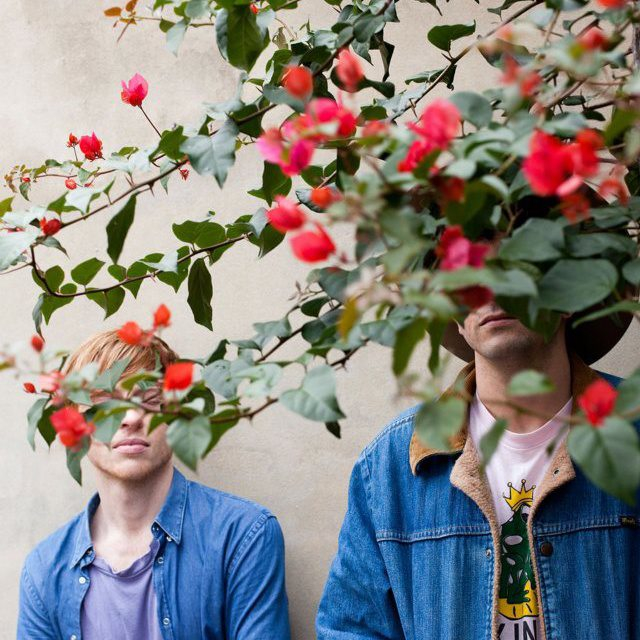 Is ‘Love’ a lame name for a song? Yeah, probs. Is this song, from Sydney two-piece Palms still rad? Double yeah. Even love isn’t so lame when it’s screamed in Al Grigg’s desperate vocal, backed up with the kind of catchy ‘60s garage guitar that wouldn’t seem out of place in a Velociraptor track (whom the band are currently touring with). And you don’t have to just take my word for it, these guys have got some serious underground pedigree behind them, with Owen Penglis (Straight Arrows, Royal Headache) on production duties for this track.

Catch Palms on the road with Velociraptor. Tour dates after the jump.