I remember the moment I first heard Neon in ’04. It was the same day my goldfish died, I lost my phone and the boy in the locker above me at school decided it was amusing to fart in my face. But when ‘A Man’ staggered through my radio later that evening, my horrible day was suddenly shot up with a potent mix of sunshine.

Forming in 2001, Neon have strung up whirlwind successes over their time. The Melbourne three piece have traipsed around with Ivy League records, had their first album produced by none other than Steve Mc Donald of Red Kross fame and was even offered an EP release on ex Blur guitarist Graham Coxon’s label. After the release of the EP, Neon went on to rope shining reviews from NME, Kerrang! and BBC Radio 1.

Producing their self titled record in 2005, the band spent the remainder of the year unleashing their intoxicating pop harmonies with punters in the States, the UK and Aus. To the grief of local music aficionados, shortly after the success of their first album, the band fell off the face of the earth. After a two year hangover, thank Zeus the prodigal trio have returned.

For now, fresh label Tangled Beat have put out a limited edition 7”, giving listeners an appetizer of the band’s sophomore album, which is expected to drop at the end of this year. Stapled with mesmerizing pop rock harmonies, the first track Hello is nothing short of beguiling – unhinging melancholic sounds of the days when local bands didn’t have to hurl in synths to get noticed.

Pedestal melodies in the verse offer a lighter sound compared to the band’s back catalogue. But before long, the chorus spills out a barrage of gritty, thundering riffs and it’s back to the sublime sounds of a band that has been truly missed.

Neon, it’s good to have you back.

Hello/Never Again 7” is out through Tangled Beat Records. 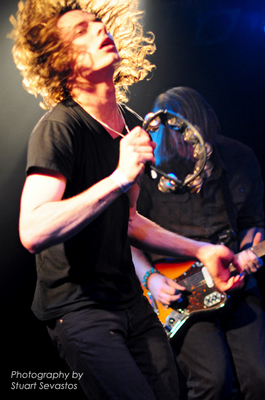 The Novocaines – ‘Leaving in the Sunrise’ (mp3)

With Cup of Coffee whoring the Triple J airwaves earlier this year, watching  just one of their raucous gigs is testament to the Novocaines’ caffeine aficionado claims. Rupturing into a boisterous onslaught of swagger-step rock, The Novocaines jostle manically on stage like boys possessed. Front man Corey Marriott is quite the requisite exhibitionist and howls with slight Iggy Pop idiosyncrasies.

Growing up on the outskirts of Northam in WA, the brigade of four barely past twenty aren’t hiding behind the facade of small town syndrome, having previously landed a Ben Kweller support slot. Their impressive debut EP Ragdoll swoons, howls and wrenches you by the ears just like fine rock and roll should.

Opening track Lazy Hoof oscillates between a chain of dirty guitar breaks and sporadic harmonica bursts, while a copious bass line and thumping kick drum face off in Ragdoll Blues. Standout track Leaving in the Sunrise salvages up enough bravado to give The Vasco Era’s Sid O’ Neil a fair run for his money.

And whether the ricochet riff of Cup of Coffee amuses or agitates you, there’s no denying that the Novocaines shameless approach to cock-out rock compressed into a one minute thirty ditty is enough to blow the dentures of any well acquainted pub veteran back out into his beer.

The Novocaines have just finished supporting Kram on his national tour, and have a list of upcoming shows on the WA leg of Sugar Army’s national tour in early October.

Ragdoll EP is out now. 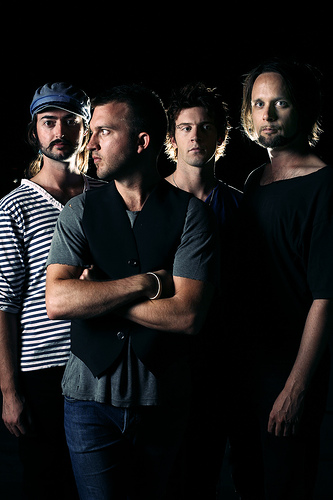 You may have  been wondering where Expatriate cavorted off to after the release of their brillant debut In The Midst of This back in 2007. The Sydney quartet have clearly been living up to their title, residing and wowing audiences in Berlin for the past year or so.  Expatriate are set to do an epic list of shows supporting Placebo, beginning on the 21st of October and concluding on the 27th of November, blowing minds and temporal lobes all over France, Poland, Latvia, Austria and Germany. It’s been exciting to see bands like Expatriate, Temper Trap and the Howling Bells getting a fantastic run on the international circuit lately. Keep an eye and and ear out for an impending second album, and the possibility of the lads returning to our shores, fingers crossed. The Europeans can borrow our local talent. But just not for too long.

Swamped out in a killer plague of fuzz with an unpretentious base coat of boisterous melody, Tear Their Hearts Out is what you would get if The Nerves and The Cants made sweet, sweet love. Swag a copy, turn it loud and throw yourself down the backstairs.

Tear Their Hearts Out EP is out now. 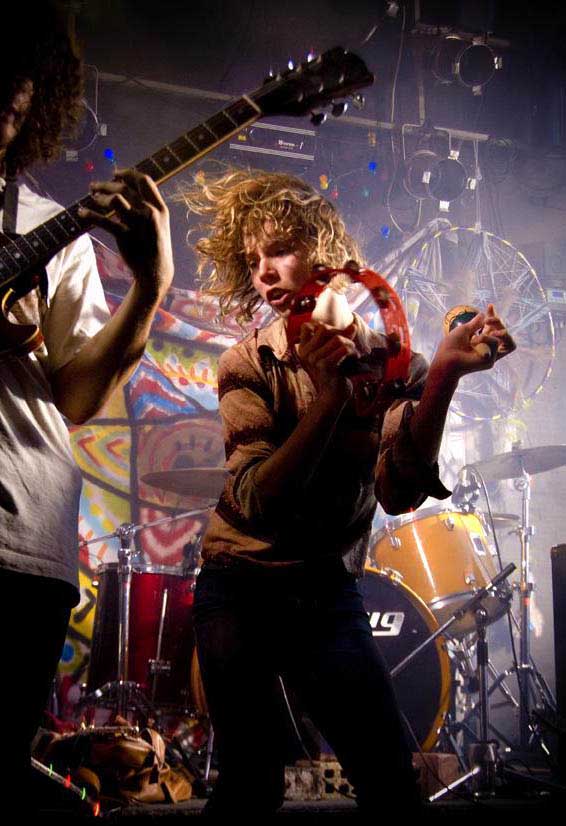 Picture yourself at a party in the woods. You’re doing a wingardium leviosa with individuals clad in enough feathers to wipe out the vulture population. Your mate is sculling goon with Jethro Tull and there’s a naked guy with ADHD running around making horse noises and playing the pan flute. Welcome to Mink Mussel Creek.

You might recognize a few faces at the Mink Mussel Creek shindig. Drummer Kevin Parker shares his vocal chords with the compatriots at Tame Impala, and Mink Mussel Creek’s lead singer Nick is  Tame’s honourary fourth member on lead guitar.

Mink Mussel Creek’s Cat Love Power is an impressive six minute, seven second, dynamic mélange. Credence Clearwater reminiscent chords swing about in the opening, suspended in momentary breaths of chord changes. Nick quavers like an Osborne against sturdy riffs, before clamouring out to the cacophonic release of the chorus.

Like most bridges in the genre, Cat Love Power features the usual token drastic tempo change, a bit of Morrison key tinkling here and there and a slightly disturbing voodoo chant. Placed here, perhaps it’s a tad too much of a filler.

However before the intensity causes a brain implosion, the song suddenly detonates a crazy Bohemian Rhapsody harmony. Dissonance and raw tension builds up into a game of intoxicating catch and release, and I’m hooked once more. The kaleidoscopic festivities of Cat Love Power draw to a close, and I think I need a good corner to pass out in.

With a lack of psychadelic folk bands in the spotlight, it’s about time Mink Mussel Creek jumped on the wagon. 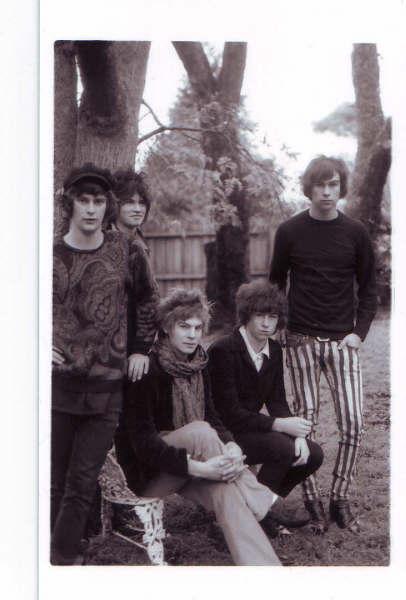