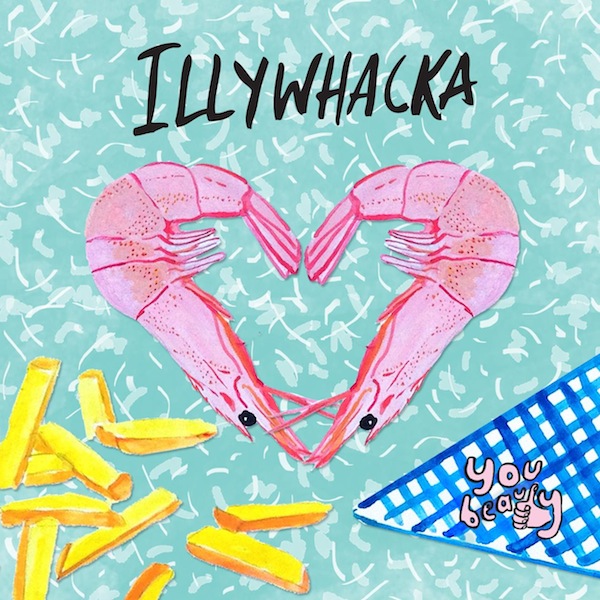 “I’ll be damned if this perfect fruit is left to rot on the tree,” You Beauty singer Will Farrier proclaimed just after recording wrapped up on Illywhacka, the band’s second record after last year’s footy saga Jersey Flegg. It’s another pub-rock opera, about a Love Rat online scammer who falls in love with his target – and now it’s been let loose on the world, Farrier’s confidence is absolutely justified.

You know how boring and lame it is when the media try to talk about online dating or Tinder or hookup culture or whatever? This record has done something kinda genius, bypassing all that shit to make a love story between middle-aged people in (what seems like) the late 90s absolutely relatable. You know all the way through this record that the protagonist is a scammer, but you’re kinda tricked by him in the same way as Dee, the woman he’s scamming. He’s a conman and a fuck up but a charmer all the same.

Songs like ‘Strong Connection’ and ‘Romeo and Julie’ are, fuck it, genuinely sexy. They’re intentionally cheesy and over the top, and you know this is just a liar trying to buy time with platitudes so he can string his prey along – but try and stop yourself doing the tucked elbows, swinging hips, clicking fingers dance to the groovy rhythm section that pulses all the way through the first half of this record. That just magnifies the brutality of ‘Pin Drop’, a disjointed, off-kilter crisis for our confidence man, which leads into the dark, spiralling ‘Same Damn Thing’. With its rapid spoken-word verses and poppy chorus, I’ll admit this didn’t make much sense to me as a single. But in the context of the record, it absolutely works to transition from sleazy grooves, shining with sweat, to dark, grinding emotional rock’n’roll ballads – when our conman realises his terrible mistake and ends up on TV being berated by Tracy Grimshaw, then in court, then prison.

I didn’t think anything was gonna top ‘Illywhacka’ (which I went on about when it was released in July) for my favourite song of the year, but every time I listen to this record I find something else to love. You Beauty have given us an epic story, rich in lyrical detail, but never at the expense of a hook or a sing-along moment.

It doesn’t hurt that Farrier can absolutely belt it out. In ‘Fast and Scrappy’ he alternates between a fast-talking crim, dishing out advice, and a man totally redeemed by love, singing in euphoric, passionate verses – while Dee waits outside (but for how long?). His voice and character and confidence at the centre of this record are the secret to why it works. He’s also not afraid to get a little real, singing in a moment of reflection on ‘Flake and Chips’ that “all these books and things / they make you think you’re sick if you’re alone”. So under the fake surface of this love story there’s some real shit – or maybe I’ve been conned too. Either way, what an album.

You can buy Illywhacka right now via Rice is Nice or iTunes.

You Beauty are celebrating the launch of the record in Sydney at the Union Hotel Newtown on 31 October with Flowertruck and Marky Vaw, with more shows for the rest of us early next year.