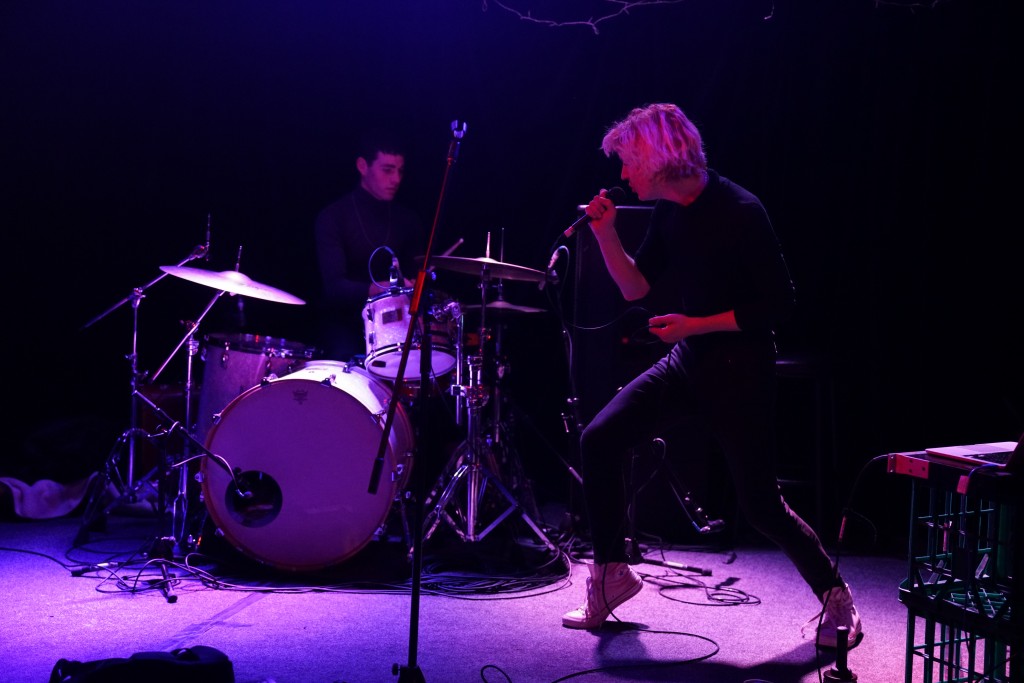 Liam ‘Snowy’ Halliwell isn’t a content man. You see it his songwriting, and the fact that his main band camp page looks like this. He reminds me of the classic fervent artist – constantly immersing himself in creative process, creation and destruction, rarely rising up to the surface to breathe in and take stock, always sorting through his ideas as quickly as possible.

The focused movements of his best-known work with The Ocean Party are probably the result of having to work to the combined schedule of five other dudes, but in his new project, No Local, Snowy is purely himself.

His debut release under that name is Nolo Contendere, named after a kind of plea bargain where the defendant admits neither innocence nor guilt. If you’re familiar with Snowy’s preference for darker self-reflection, these themes will come as no surprise.

Here Snowy’s exposed, no longer hidden behind a guitar or nestled in with others’ sounds. Last time I saw No Local perform was at STRINE WHINE’s August residency at Melbourne’s Gasometer. In that performance Snowy approached a pop-star iconography, his all-black outfit bookended by his mess of blonde hair on top and white Converse All-Stars on the bottom.

Zach Denton, also of The Ocean Party (and other groups, like Pregnancy and Cool Sounds) backs him up on drums, so Snowy’s not totally on his lonesome. In a conversation we had the other day about the project, Snowy told me that he was looking at No Local as a collection of shifting parts, different players coming in and out, bolstering and subtracting as they come and go. He likened it to operating Sui Zhen’s live outfit.

Nolo Contendere is scattershot in its sounds but unified in its intent. Speaking on that lack of cohesion, Snowy harkens back to Aphex Twin’s 2001 release Drukqs, a double LP that flits between classical composition and razor’s-edge electronic production. To him, as much as that record is sonically unpredictable, as an Aphex Twin project it all makes sense.

Nolo Contendere contains two songs that’ll eventually make their way onto No Local’s debut album later this year – the already released ‘Thinking the Wrong Things’ and ‘Somebody Else’ – but it’s the deep cuts on the tape that are the true gems. ‘Do What I Said’ could almost be summer anthem, if it weren’t for Snowy’s hushed vocal delivery. ‘I.W.B.W.U.’ is a contorted chop up of Flowertruck’s ‘I Wanna Be With You’, showcasing deft vocal sampling.

Skating the edges of indie pop, house, funk, and dance music, Nolo Contendere sounds unique. Snowy coming out from the conventional (but still wonderful) world of guitar pop is something to behold.

No Local are about to go on a wee tour in support of the Nolo Contendere release. You can catch them on these dates: