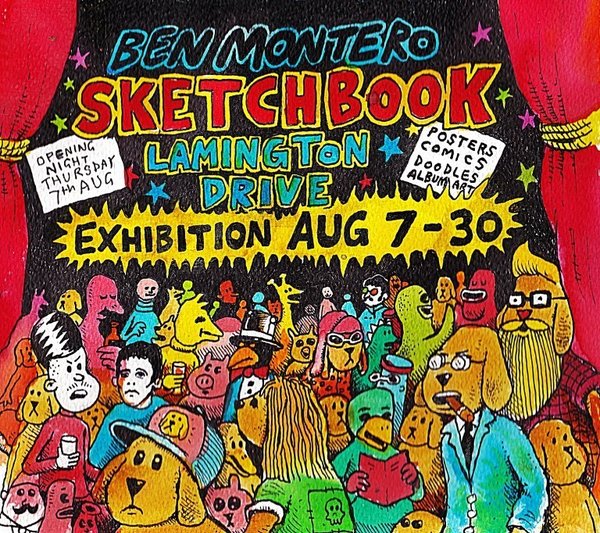 Yeah, yeah. Ben Montero’s good with his hands. You might already know him as one half of Early Woman or from eponymous pop outfit Montero, the TM Band or the forever excellent Treetops (RIP).

Outside of music, Montero’s an artist. His work has appeared in the Huffington Post, VICE, Desktop Magazine and the Australian Book Review among others. Ariel Pink, Beaches and Pond have even recruited his stuff to sell their wares. Well, he’s just opened his first solo exhibition, ‘SKETCHES’ – featuring over 148 posters, sketches and various lampoonings of the local music scene which Montero’s been a part of for twenty years.

Montero recently worked up a comic for us which covers all the hard hitting issues like free beer, Fred Negro and ‘normcore’ – which should be enough of an incentive for you to get along to the show. 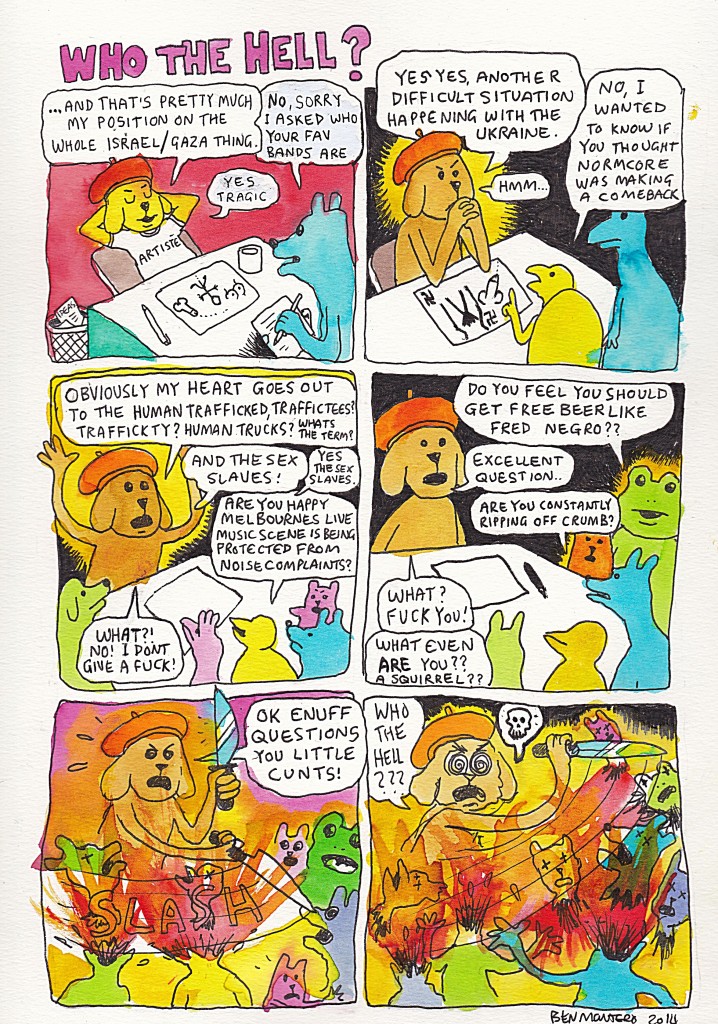 SKETCHBOOK is showing at Lamington Drive, Collingwood until the 30th of August.