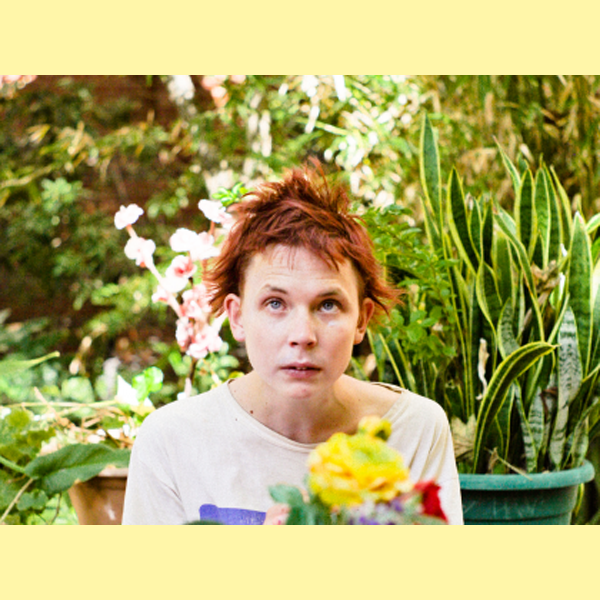 Thanks to a calendar mix up, I was late to this interview with Nicholas Allbrook (of POND, Mink Mussel Creek and Allbrook/Avery).  He’s just released a solo album called Ganough, Wallis and Fortuna, so luckily I cut out the long part at the start of our chat – which was just me apologising profusely and Nick having to reassure me that everything was fine and that he was totally chill. Nick had been drawing on the whiteboard but wiped it clean before I got there. When I told him I would have liked the see his drawings, he talked about these monks who had once come to his school who’d done beautiful intricate sand paintings and then tipped them into the ocean and that he liked that idea. This is totally the kind of thing you’d like to think someone as thoughtful, nervous, and interesting as Nick Allbrook would be into.

ML: You got here yesterday right?

NA: I saw Felicity Groom who was great, but it’s all a bit overwhelming to stay out. Even though I wanna see bands I just can’t, it’s too much.

Even just like walking in here (the Judith Wright Centre, hub of BIGSOUND activity)…

It’s fuckin’ weird hey? You gotta like, say the same thing to everyone cause that’s all people know.

Is this the start of a tour for you?

Nah, just the one show. I’ve been doing a few shows at home in Melbourne.

Somewhere between enjoyable and horribly painful.

‘Whispers of Beauty’ sounds very…’Pond-y’ to me. Was that written early?

I guess it’s as much ‘Pond-y’ as anything else is ‘Nick Allbrook-y’. The only difference is the little name that shows up in Streetpress. It’s all the same. There’s no division from what is Pond, and what is me. It just gets put on a different… saleable unit.

I guess with one you get to work on with your mates a bit more.

Exactly. Though I can still work on ‘Nicholas Allbrook’, I’m doing the quotation mark thing with my mates. All the Pond dudes helped me on various songs. That’s what I’m talking about, why the labelling of stuff is so bizarre. I played drums on one of Joe’s ‘solo’ album songs and it’s weird, it’s all just the same stuff.

Does recording at home help you feel more comfortable?

Sort of. I kind of had to make a sanctified space to make it feel less comfortable; to make it feel like I was there for a reason. When I had my recording doohickies in my room it just doesn’t even…I don’t even do anything. Or I do, and there’s an overly casual no-end-to-it kind of feeling like ‘this is just a shitty demo, it’s just something I’m doing just next to my bed, why make it good?’

Do you feel like you make better music when you’re under pressure?

I don’t think there’s any. Sometimes pressure would work definitely. Especially in an improvisational way, but sometimes I’ll just be like sitting around relaxing and something good will happen. There’s no rules.

And are you approaching the shows in a bit more of a low-key way than with Pond?

Yeah absolutely. It’s not as much of a festival, a spectacle. And ’cause I’m you know, alone – you don’t just wanna. I get very nervous about putting yourself out there like, ‘It’s Nicholas Allbrook! Lights, camera! Everyone look at this guy!’

I just can’t help but underplaying it a lot. Probably the same reason I wear slippers every day. Don’t want to just be strutting around in Cuban heels. I’d feel uncomfortable.

(read the full interview below) 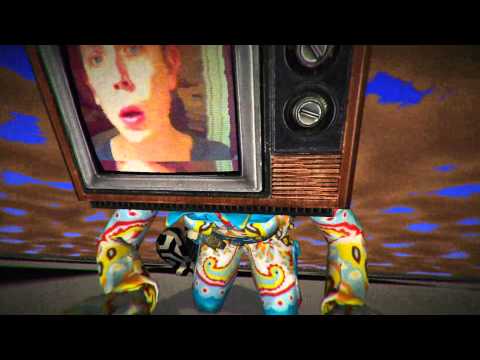 Do you feel that the Perth ‘scene’ has kind of opened up a lot in the past few years, it’s become more than people making music for themselves and for their friends as much?

I hope not. People isolated, just making music for themselves and their friends creates this kind of really strong, head-in-the-sand kind of hubris that makes for such kind of originality. Often through a perceived lack of quality. But I don’t know. Maybe, but the ‘scene’ as I would see it will always be making stuff for yourself – it can’t ever change.

Yeah, I guess we see that in Brisbane as well especially around things like this – the people who will get asked to play and who won’t. Who’s ‘too underground’ or ‘too good’…

It’s weird for me, this concept of keeping integrity by refusing stuff. Especially if you’re an overwrought, overthought nervous person and you start overthinking whether you should start doing certain things. Or if it’s totally okay, because that’s what human beings to do be together. Who knows? I hope they’re just happy doing their thing.

I feel that BIGSOUND would be different from playing any other show, right?

Oh yeah totally! People come up to you before and say “Aw yeah I’m definitely gonna make it down!”. And there’s things in fuckin’ Streetpress and expectations. I’m shittin’ myself now that I think about it.

Ganough, Wallis and Fortuna is out now through Spinning Top Music.