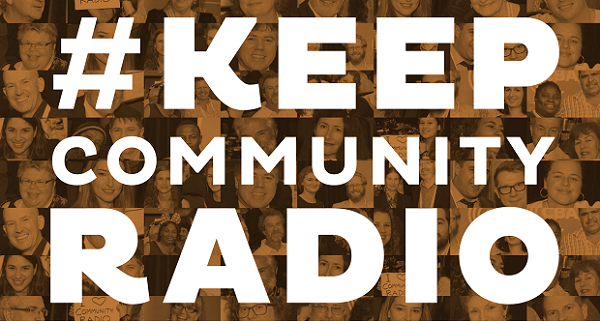 So we wanted to do our little bit, and hand the mic over to some of our favourite community radio broadcasters to tell you why they love what they do, and to recommend some new Australian tracks they love (cause, you know, it’s all about the music man). These are the kind of voices we’re looking at losing if the cuts go through, and we think that’s a bloody tragedy.

First up we’re focusing on Brisbane’s 4ZZZ 102.1fm, which, with these cuts, is in danger of losing it’s innovative and experimental new digital platform, Zed Digital.

You can learn more about the proposed cuts HERE. Stay tuned in the coming weeks for more top shit community radio voices from Sydney and Melbourne too.

The Amplifier – Monday 1–3pm (Grace is also one of our contributors and a general badarse committed to telling stories of women in music with her Amplify Her project, as well as being a great organiser of feminist events and forums in Brisbane)

The thing that struck me first about 4ZZZ was the history of it all, like shit, REAL PUNKS must have done some crazy ground-breaking stuff here in the 80s or whatever. You know, before music died? But after that settled I can see the place is just teeming with people who have incredible energy and ideas to develop the station. Pulling funds from the digital arm of community radio is like shooting the future in the face. It’s one of the best ways to encourage innovation outside of fm programming, allowing risks and encouraging those just starting out to experiment.

When I started writing for Who The Hell I knew very little about Australian music, but now I love it so much I migrated mediums to 4ZZZ where I talk about it for a whole two hours every week. It’s really just a gigantic Al Montfort compilation. He played in 4ZZZ’s carpark on tour before returning to Melbourne, which coincidentally is where I’ll be bailing to if this radio gig doesn’t work out. Do you want another fucking hipster in Melbourne, Turnbull? Fund community radio, keep Brisbane weird.

Gabriella Cohen – ‘Yesterday’
Cohen’s debut album is one of my favourites this year, and this song is just a beautifully arranged chocolate fountain of melted psych indulgence.

King Single – ‘I Wish You Happiness’
The beauty of radio is that when you can’t find the words for why you really, really like a song you can just let the track speak for itself. It’s just good ok!

Lalic – ‘Fuck Love’
Uggghhhhh I love Lalic so much how are they so good. I get away with actually reviewing a track like that on radio. Mostly because radio has no comments section.

Tips for Teens is a new release music show that I’ve been doing since mid-2012. I tend to play music from artists that are identified as ‘underground’. It’s a pretty vague term and I cover a wide range of styles. The aim of the show is to draw attention to new and interesting music that I think isn’t getting enough attention elsewhere. That’s kinda how I got turned on to community radio initially, because I’d be able to hear music played that I couldn’t hear on any other station.

For someone living in a non-metro area with limited internet, it was pretty important. Of course there’s much more important work done at our community radio stations that extends further than music. I think 4ZZZ is a really special place because of programs like Indigi-Briz; Queer Radio; Locked In; Radio in Colour; Brisbane Line and more that deal with other political and social issues. Community radio is brilliantly diverse and a lot of fun to get involved in.

It’s a good thing that not that many people try to do the whole heart-wrenching ballad thing these days. It’s not the kind of thing you can half ass and sound as convincing as Spike Fuck does. Guts could be a massively overproduced 80s pop hit, but it’s also just good how it’s recorded here. She’s one of the most interesting songwriters around.

What other act can take 5 mins of your time and use it in such an incredible way? Are they pop? are they techno? Marcus Whale’s sax sound incredible on this one. Also, that new band photo (by Trainanos Pakioufakis) is my contender for ‘press shot of the year’. What isn’t Yoni allowed to look at?

The most important band in Australia right now. Dispossessed are ‘a collective of disenfranchised peoples of different identities and orientations disgusted with the zeitgeist of society, the illusion of where progress is leading and the apathy of our surroundings’. They sound sick too. It’s great to hear more music and see more bands directly dealing with important issues like racism, class and sexuality. Australia is a nasty vindictive country, isn’t it?

Brainbeau – ‘Hayturs’
Brainbeau have barely any music out. Somewhere in the middle of the Pacific there’s a mountain of Björk remix CDs that nobody ever wanted. CDs that could have had some Brainbeau songs on them instead.

Glam Fail – ‘Cyclone Rodney’
“A mysterious offering from New York’s Never/Ever label that has something to do with Andrew Robinson (Exiles From Clowntown, Three Toed Sloth, Range of Greatdividing Records). Anarchy and Chaos. Never/Ever also put out that weird and excellent En Kernaghan Projekt Banned 1997 LP.”

Teva – ‘Fixed Vision’
Teva has so much hype because he keeps pulling out of his shows for whatever reason. No one would care if he sucked. He doesn’t suck, and he writes some some pretty and catchy stuff. Somewhere between Chromatics, Talk Talk and Severed Heads. When ya gonna play that show, Teva?

Dan McGirr – ‘Entering The Palest Blue’
In a sense Dan McGirr is to the Gold Coast what James Ferraro is to NYC. Dan is one half of Wonderfuls but has also been releasing instrumental work under his own name (as well as pseudonyms such as Sanguine Clock) for the last few years. His latest release (out thru new and amazing Sydney label Chemical Imbalance) sees him dabbling in orchestral compositions for the first time.

Camping is a show about nothing… I took the name from a friend of a friend’s cat. Mainly I focus on independent music from local and Australian acts cos they’re generally better than most of the over-produced shit from overseas.

Being a part of 4ZZZ and ZED Digital got me out of working factories, let me meet a bunch of awesome people, helped me develop heaps of new skills and, best of all, I’ve been able to do all that without compromising my values; Something only community radio can offer. These budget cuts threaten to make my position redundant and relegate me to the role of one of them dole-bludging artists the government complains about…

(Grace also loves this track and says:
“The very first interview I did for my program was with Chloe Turner from Listen Records, and she recommended I play a track from Two Steps’ debut EP ‘Having Pop Punk Feelings in a Country Western Body,’ and I never looked back. Most things about Two Steps require very little explanation, June’s voice is generally enough to hook me for however long she chooses but the harmonies on this one sink me.”

WTH editor Annie is a fan too)

Bent – ‘Where’s The Fire’
Bent sound like the inside of my head when I’m high and I’ve lost my friends and then I find em in the playing in the gutter. 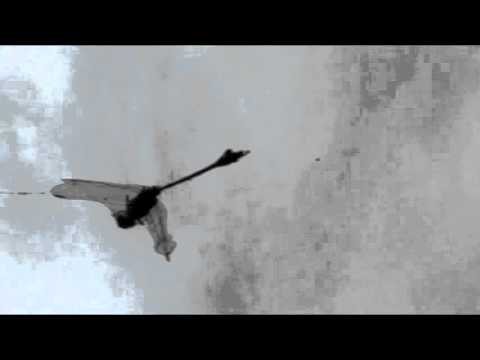 Like Songs:Ohia meet Sonic Youth in the backwaters of Tasmania

Sign the Keep Community Radio petition. Support the stations that support us all!