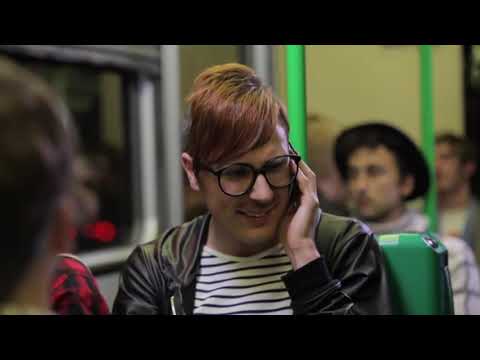 I’m quite the fan of subculture parodies. And while it took me a while to warm up to this track by The Bedroom Philosopher (a.k.a Justin Heazlewood) the video completely personifies the song. The song comes from his third album ‘Songs from the 86 Tram’. The clip premiered at the Workers Club recently and features a rad little collection of cameos from Tim Rogers, Angie Hart and Kram to name a few. Keep an eye open for a charming texta tattoo, the band experimenting with abundance of children’s toys and the poor dude getting surgically cut out of his jeans. Irony in that most of the kids requesting this on Triple J are the ones to whom the song is directed.

From the alleyway photos, lead singer syndrome and the incessant hair adjustments, down to the bonding moment in the bathtub over a tattoo, it’s a spot on piss take, and it’ll probably remind you of a few people you know.

Heazlewood’s also done a parody for Metlink which you can see here: http://www.youtube.com/watch?v=39VVG29mscU