So yeah this could easily be an iPod Nano commercial, but catchy accessibility is hardly a terrible quality for a song to have. And I also realise that WhoTheHell posts about Lisa Mitchell (super young former Australian Idol finalist) quite heaps relative to her output, but who really expected Australian Idol to produce anything of worth?

This is a lovely song, and I hope it gets overplayed.

I feel like Arcade Fire comparisons have been overused in music reviews over the past whenever, so I’m going to do my best to not compare The Middle East to Montreal’s finest.

It’s tough though, because this Townsville (QLD) collective do fit the criteria, at least initially – a large collection of musicians (at least 6, possibly 7) who create dramatic and climactic folk-ish anthems. Plus, if the Arcade Fire released this song, it would’ve got a whole lot more attention than it has so far, because it’s really fucking amazing.

‘Blood’ was released as part of Spunk Records’ ‘Singles Club’, a succession of ten seven inches from unsigned bands released weekly from November to January. They’ve all been pretty great, and should be available together on a compilation sometime in Feb. 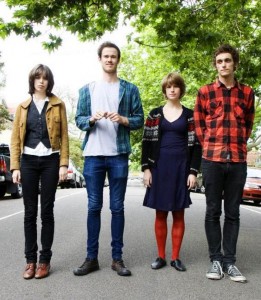 Jerry blogged the demo of this song in January, but the official release of The Jezabels’ ‘Disco Biscuit Love’ deserves a post of its own, as it’s now the shiniest, loveliest, poppiest thing you’ll hear all Summer (maybe), and holy shit I’m in love. This song makes we feel what I think English people feel when they hear ‘Mr Brightside’.

The above track is taken from their (self funded and produced) debut record, The Sound of Trees Falling on People.

Here’s something new from Crayon Fields – their first 7”, and our first taste of their second record (due 2009).

‘Mirrorball’ is delicate do-wop from one of Melbourne’s most revered guitar pop ensembles. Try not to feel giddy when Geoff O’Connor (songwriter and shyest man in Australian music) sings, “I look at you and suddenly I’m a virgin” (who are these people that have love songs written about them anyway?) 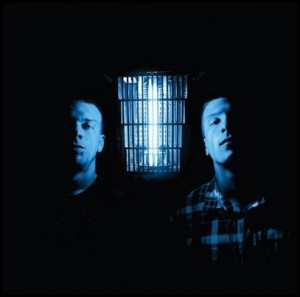 I’ve been meaning to write something about Spit Syndicate ever since their incredible performance at the recent Newtown Festival (a popular fete held yearly in one of Sydney’s most over-mythologised suburbs).

Were you there? If not, you missed out on the best Oz Hip-Hop show of the year. Midday on a Sunday, to a pretty diverse crowd sitting on the grass with no plans to stand or really engage, SS (featuring their vintage NBA jersey clothed musical backbone DJ Joyride on decks, keys and (way soulful) back-up vocals) emerged onto a pretty shitty stage and proceeded to rock the festival like they were headlining the Enmore. It was insane, people didn’t really know what to do – so they began dancing like it wasn’t 12:30 on a Sunday. When the set was pulled early (due to scheduling mishaps or something) the now-animated crowd booed, chanted for “One more!”, and got moderately unruly. I just kept saying “Holy shit!” to my companions, and gushed about how endearing MC Nick Lupi’s perpetual grin is.

That night, I re-listened to their 2008 debut, ‘Towards the Light’. After witnessing their natural charisma and unquestionable stage-presence, I was finally able to believe the bravado of the record, and began getting into the above two cuts in a big way. And sure, the rest of the record is still a bit uneven, often tripping up on its own over-earnestness (surely the new crutch of Australian rappers?) – but honestly, how many dudes (that you know) can rock a show like them? Not many (if any).

Miami Horror pretty much blew everyone’s mind from the start, just by being called Miami Horror EVEN THOUGH he’s a producer from Melbourne (kinda like when everyone freaked about The Streets being JUST ONE GUY). Then he cemented the name he had made for himself with unapolagetically synth-heavy remixes – bootleg and official – of a crazywide array of artists from Perth’s The Dirty Secrets to France’s Stardust (FACT: his remix of Stardust’s dancefloor destroyer ‘music sounds better with you’ has appeared in every indie DJ set at some point).

And now here he is with the official release of his first single – ‘Don’t be on with her’. I say “official”, because the vocal-less demo of this cut has been floating around the blogosphere for a few months now. If you missed that, consider the finished result as a good place to start with Miami Horror – a track that continues where Midnight Juggernauts’ ’45 and Rising’ left off.