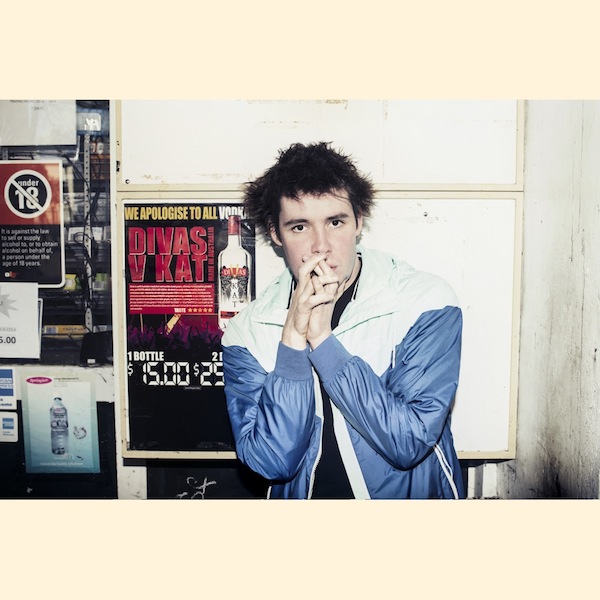 A scruffy haired, gap toothed young man, in ripped jeans and a leather bomber, Jack Colwell doesn’t look out of place among the DIY bands of Sydney’s inner west. He certainly doesn’t look like someone who’s played at the Opera House not once but several times.

Growing up on the northern beaches, Colwell’s high school was the Sydney Conservatorium of Music. Since his teens, he’s been working to reconcile his obvious pop sensibility with his classical background, starting out making folksy chamber pop as Jack Colwell and the Owls. On his forthcoming EP, Only When Flooded Could I Let Go – in the works for almost two years now – Colwell has come up with something much bolder and more himself.

‘Don’t Cry Those Tears’ is his latest single, and it’s a stunner – combining the drama of ‘Far From View’, the first taste of the EP, with the levity of last year’s gorgeous standalone single, ‘Seek the Wilde’. With painstaking arrangements that betray Colwell’s classical training, the track’s a dead ringer for a Phil Spector ‘wall of sound’ production.

Colwell’s also a versatile vocalist, going from breathy to thunderous without breaking a sweat. He even sounds wolfish at times, as he snaps and snarls. ‘Don’t Cry These Tears’ features his best performance yet – like Nick Cave animated by the spirits of Screamin’ Jay Hawkins and Nina Simone.

The video, Colwell’s second outing with London duo Brian and Karl, is shot in seedy red and blue. Surrounded by sculpted men stripped for the sauna, Colwell goes through a series of emotional spasms in a performance worthy of his hero Kate Bush.

Only When Flooded Could I Let Go is out 28 August. Preorder now and you’ll get instant downloads of ‘Don’t Cry Those Tears’ and ‘Far From View’. 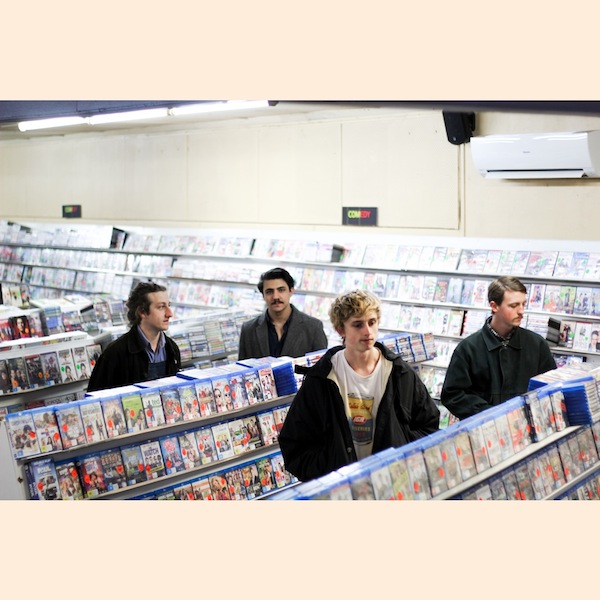 Solid Effort are the latest band to emerge from the smog of the coal coast. Growing up in a depressing little city dumped on top of a natural wonder seems to have a salutary effect on creativity, with groups like Shining Bird, the Pinheads and Step Panther all breaking out of Wollongong over the last couple of years.

Now based in Sydney, Solid Effort have been together less than a year but have already supported foreign acts like Tonsstartsbandht and the Courtneys. Their debut EP is out soon on the Gong’s Le Boogie Records and the ‘Sydney-based, Wollongong-inclined’ No Safe Place (which just released Beast & Flood‘s long-awaited, knotty first album).

‘One Loose Wire’ is the first Solid Effort track to see the light of day (aside from a couple of jams, like this little number). It’s a loping, sweetly melodic punk song that takes its cues from bands like Guided by Voices, Sebadoh and the Minutemen. The track shuffles along at a mesmerising pace – practically sleepwalking through buried vocals and soft bursts of harmonica.

Solid Effort will be appearing at the No Safe Place August residency on 21 August at the Record Crate in Glebe and 22 August at Wollongong’s Rad. 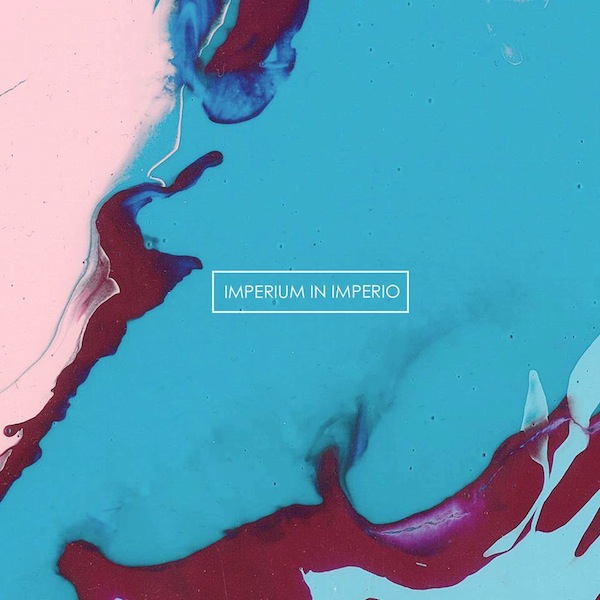 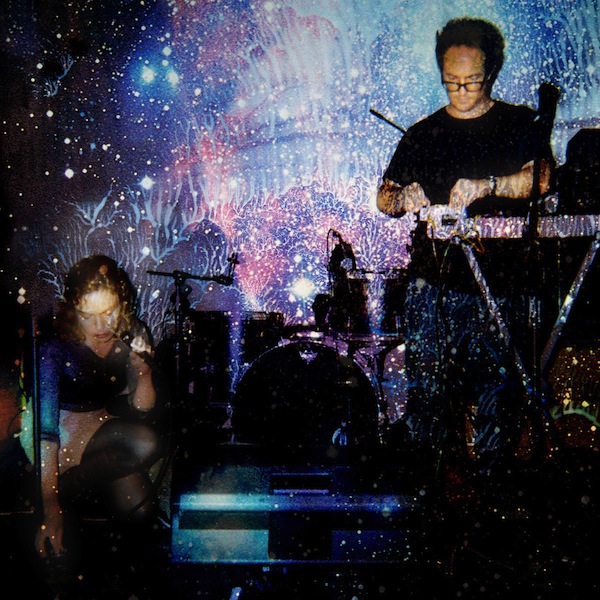 Brisbane artists Sandra Selig and Leighton Craig have been collaborating since 2003, when Craig began creating soundtracks for Selig’s art installations. They’ve since played together in a number of experimental outfits, including Deadnotes and Fig., making music based around improvisations and delighfully arcane instrumentation. (Over the years, the liner notes to Primitive Motion records have listed contraptions ranging from the stylophone to euphonium and flugelhorn).

‘Same in the Same’ is the latest single, and one of the loveliest moments, from Craig and Selig’s second LP as Primitive Motion, Pulsating Time Fibre. Taken from the record’s fleeting A-side – the pop half of this gorgeous and eccentric collection – the track clocks in at a succinct 1 minute and 14 seconds. Like most Primitive Motion songs, ‘Same in the Same’ exhibits the playful DIY impulses of early post-punk, circa the Raincoats or Young Marble Giants, as well as the lush expansiveness of electronic pioneers like Laurie Spiegel.

The track’s title is drawn from a poem Selig wrote several years ago – a verse (quoted by Craig in this 2011 interview) that seems to contain the seed for the pair’s entire creative project: “the primitive motion phenomena, the same in the same, left to chance”. This, in a nutshell, is the science of a Primitive Motion track – perpetual iterations of a melodic motif, recorded imperfectly, live, bubbling and warm.

‘The Same in the Same’ is accompanied by a video directed by Selig herself, a woozy meditation on the play of movement and light.

Primitive Motion are launching Pulsating Time Fibre on Saturday, 18 July at the Skukum Lounge in Brisbane. RSVP on Facebook. 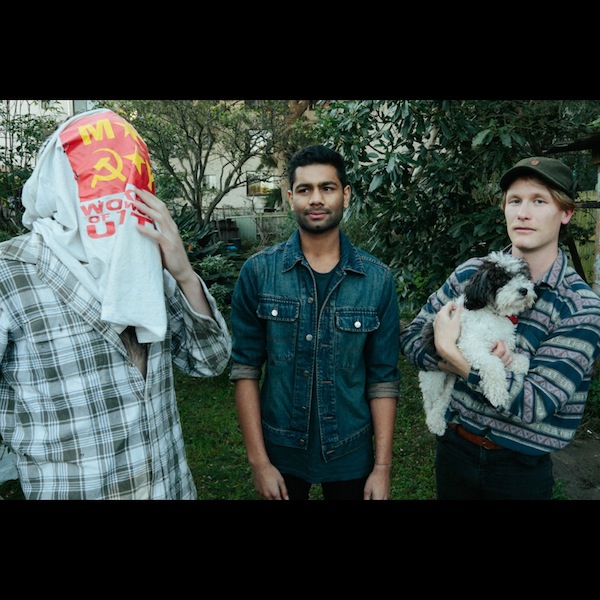 Beast & Flood are a Sydney trio who make music that sounds like protest – that is, if you can protest a sinking feeling in your stomach. Listening to their knotty, anguished rock, it’s clear these guys feel there’s something broken. The guitars are menacing and the drums punch and stagger, while the vocals swing from dissonant dissertations to an outright wail.

Beast & Flood have been gigging in and around Sydney for more than three years now, but they’re yet to put out a full-length album. They have four releases under their belt so far – three EPs and a blistering single, ‘Amber’. A number of these tracks have now been collected and re-recorded, along with some new material, to form the band’s debut LP, Laguno, which is out 22 June through No Safe Place.

‘Abie Poe’ is Laguno‘s second single, following last month’s ‘Look at the Fish Swimming’. (An exuberant little number in it’s own sharp-edged way, ‘Look…’ might be Beast & Flood’s first properly ‘pop’ song). They’ve spent a lot of time in the studio with this stuff – starting recording in July last year and finishing up in February – and it shows. These tracks are sprawling, composed of several movements, and landing in intensity somewhere between post-hardcore and ’90s emo.

‘Abie Poe’ (named after a character of the same name from Nick Cave’s And the Ass Saw the Angel) opens with swooping chords and chiming harmonics, like Sonic Youth in one of their more melodious moments, before drifting into harsher twists and turns, screams and then release.

Beast & Flood will be touring the new album across the east coast from June to August. Catch them at one of these dates: 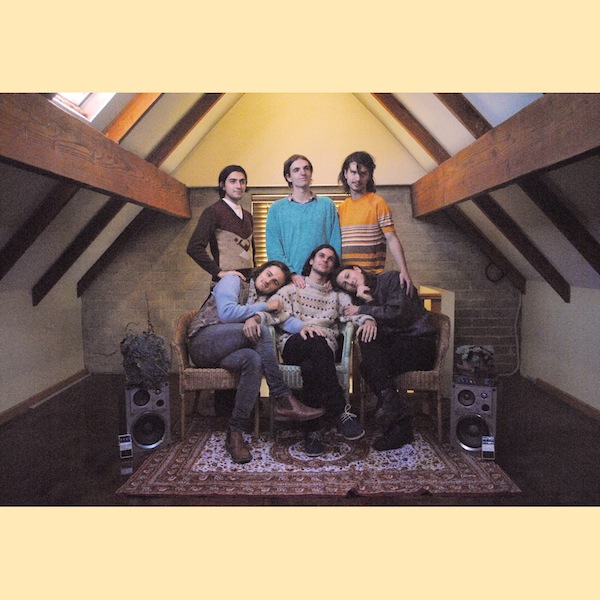 Breathlessness is a tiny, close-knit label formed in Hoppers Crossing, a suburb on Melbourne’s outer edges, where the label’s founders and current signees grew up. (A number of them even lived on the same street). The first Breathlessness releases appeared last year – Vulpix’s debut EP, Swarms, and Finx by Splendidid – and the label’s third outing, the self-titled EP from psychedelic duo Sun Bazel, came out in March.

The collective consists of only five or six core players: Jordan Barrow of Vulpix moonlights as a guitarist in Zac Terry’s band, Splendidid. Daniel Prieto, who plays bass in both oufits, is releasing his debut EP as DPDP (titled Afterglow) through Breathlessness in June. And last summer two members of the Splendidid live band, Jack Foy and Harry Hayes, wrote the material that became Sun Bazel’s first release.

Both Vulpix and Splendidid make sweet-sounding dream pop that could have come from a four-track abandoned circa 2008 and unearthed in someone’s basement like forgotten treasure. Built from rippling arpeggios and close, fuzzy drums, these tunes are heavy on the reverb and not afraid to enter the red. Sun Bazel’s psych-pop, meanwhile, circles woozily, composed of deceptively simple lines of detuned synths and phasered guitar.

Breathlessness is hosting a label party at the Shadow Electric Bandroom this Sunday, 26 April. (Stay calm – they’ve explained everything you need to know in this easy-to-follow tutorial). Splendidid and Vulpix will be performing live, and there’ll be DJ sets from Sun Bazel and DPDP. Erik Scerba, who mixed and mastered most of the label’s releases, will also be DJing. Scerba makes Tumblr-fied hip hop beats as Yoshimitsu, his sounds skipping from cloud rap to glo-fi and warped muzak. Don’t miss it.

Tickets to Sunday’s show are available through the Shadow Electric website.

This month’s Music Alliance Pact features music from 16 countries around the world, including ‘Honey’, an all-family affair from Barwon Heads duo Surf Dad. You can check out more of their material over on Soundcloud.  ‘Honey’ also features in Robbie’s new Australian music podcast, streaming right here.

Click the play button icon to listen to individual songs, right-click on the song title to download an mp3, or grab a zip file of the full 16-track compilation through Dropbox here.

This supergroup formed by Facundo Flores (Onda Vaga, Nacho & Los Caracoles), Tomi Lebrero (El Puchero Misterioso), Martín Reznik (La Filarmónica Cósmica) and Jano Seitún (Campos Magnéticos, Alvy Singer Big Band) has just released their first record. According to the guys, the album sounds like “a bolero who fathered a cumbia, a chorus which is the cousin of the best zamba, and rock music that won’t leave us even if we try”. MAP exclusive download Jaqueline is our favorite track from the album.

AUSTRALIA: Who The Bloody Hell Are They?
Surf Dad – Honey

Surf Dad is the production duo of George and Declan Sands, brothers from Barwon Heads, a small coastal town just south of Melbourne. More than a year after releasing the excellent Unholy EP, the siblings have dropped Honey, a pristine, sensual track featuring horns, bells, woodblock, field recordings from their dad’s backyard and their mum, Natisha, on vocals. George salvaged the vocal recordings from old four-track cassettes that Natisha, an artist herself, compiled in the 1980s. As you might expect from an intimate family collaboration, the boys’ woozy, organic production complements her heady performance perfectly. And Mum’s reaction upon hearing the track? She cried.

Buzz Records is taking Toronto by storm with their incredible roster of artists that include Odonis Odonis, Weaves, Greys, HSY, Anamai and more. Now I bring to you the incredible Dilly Dally, whose “I don’t give a fuck” attitude both on and off stage will have you loving them more and more.

Balancer is a trio formed by Colombians and Puerto Ricans, but based in Brooklyn. Gabriela, Felipe and Francisco have released two EPs and an album called Tipsoo. Their music is striking – it’s a world influenced by indie-rock, psychedelia and electronics. Remain Waves is the first single released from Tipsoo, which takes us through the waves to the shore with a warm, downtempo sound.