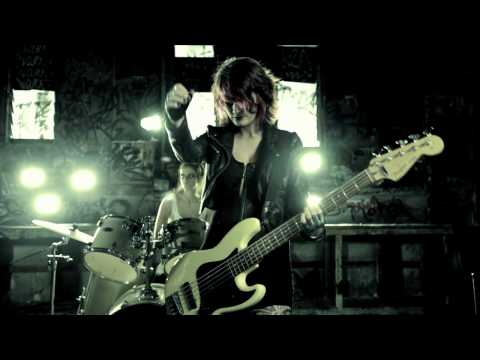 I have mixed feelings about this band.

I suppose they’re basically Short Stack, but with real vaginas instead of the implied ones that Shaun, Andy & Brady have.

And that’s the thing  that gets me, I guess. Part me thinks  that they’re reasonably proficient on their instruments and they can write a song, so why bother comparing them with men, or women?

But I can’t stop myself from doing that and it’s  because they use their gender as a gimmick, as a vehicle for their music, and that shits me off.
In an older video, they explained this in detail, if somewhat naively.
They tried to use the drummer’s sexuality as a gimmick too, but they’ve since deleted the Youtube video where they taunt her with chants of “we like penis, you like vagina…” and hopefully realised that’s a shitty thing to do to someone, even in jest.

In conclusion, they have more than a thousand fans on Facebook – some who’ve got Ovaries tattoos – and I’m just a sad old hater, I guess.