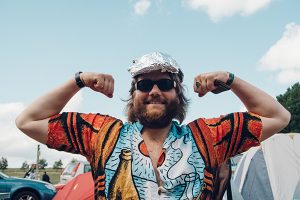 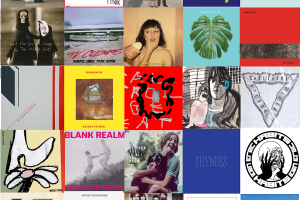 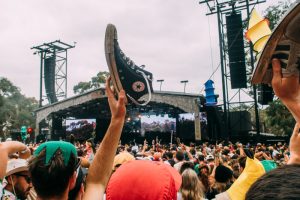 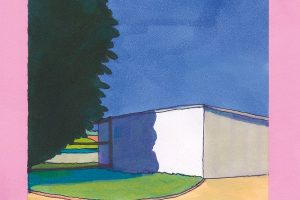 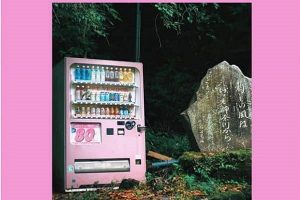 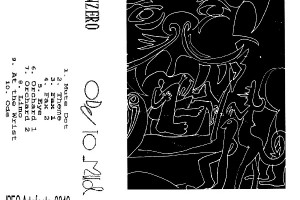 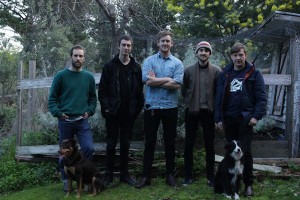 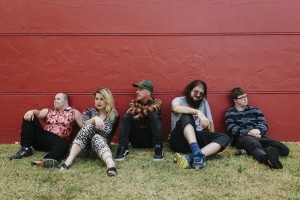 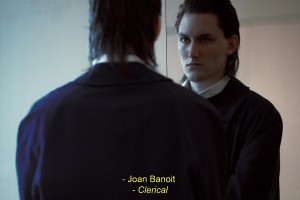 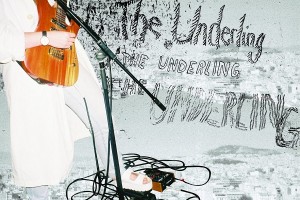 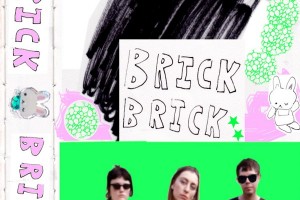 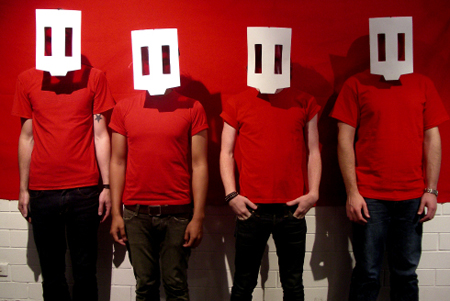 My Sister The Cop

My Sister The Cop are bad ass. OK I’ve never actually seen them but from the reviews that I’ve heard, comparisons to Test Icicles and Atari Teenage Riot fly frequently and that gets me excited. From the listening to the two tracks they have up on MySpace I know I would love their dance-punk repertoire if I just get the chance to see them. Alas, the drummer who recently became a dad decided that he won’t go for gigs outside their home state of South Australia. Now I know that’s a beautiful thing, putting his new baby priority above all else. But I wish I could still see them. Being in Adelaide is tough for a band. 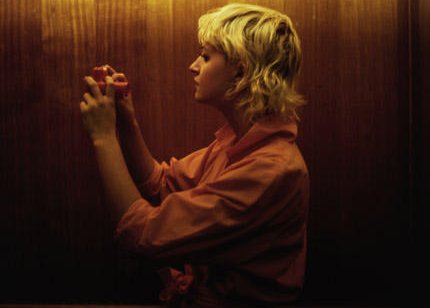 I should precede this blog with the following: despite the fact that I like Bertie Blackman, I do find her hit and miss.  Her songs are either fantastic, or they’re far from it.  I’ve been a big fan of Bertie’s voice ever since I heard her single ‘Favourite Jeans’ on the radio.  Even the singles she’s released following ‘Favourite Jeans’ I’ve enjoyed.

But there are times when Bertie writes songs that are difficult to like.  For example, she often has songs where it’s just her and an electric guitar and aside from the fact that the guitar playing is pretty messy, it just comes out boring.  But then she’ll have a backing band for another song and it will sound fantastic.  I really think she should either have a full band, or if she’s going to play solo, pick up an acoustic guitar rather than have a song that sounds like a dodgy b-side from a crappy 90’s riot-grrl band.

What Bertie Blackman manages to do well is differentiate herself from the myriad of singer-songwriters that flood the music market.  Her performance supporting Jeff Martin was engaging albeit hit and miss – she had a wonderful backing guitarist playing U2-like melodies and it sat wonderfully with her music, and why she doesn’t encorporate the delay/reverb backing guitar more often is beyond me.  Bertie Blackman is a talented songstress, and she needs to learn how to hone her skills – I think once she does that, she’ll take off.  So sit back and enjoy one of her great tunes, ‘Television’. 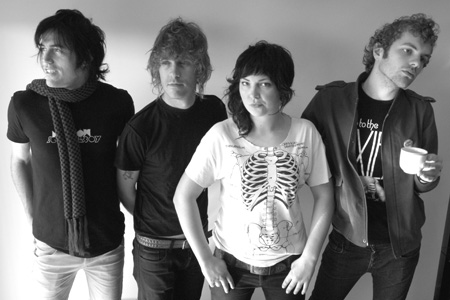 Melbourne based Moscow Schoolboy is fronted by singer and main songwriter Jess Cornelius, who has previously played solo (or was it with a backing band?) in a different incarnation called Jess Cornelius Experiment. That outift won Jess a songwriting competition and she went to South By Southwest in 2005. Fast forward to early 2006 and Jess with her Schoolboys has crafted a pop gem in ‘Use Me Back’.

Opening with catchy synth riffs the song explore the very basic subject of sex and seduction set in anonymous smoky bars and rock gigs. The low PJ Harvey-like vocal stylings suggest that Jess knows exactly what she wants out of the unnamed prey and what she is going to do with him. She maintains full of control throughout the song until the last sixty seconds where she begins to lose it and eventually goes completely nuts before those same synths fade the song, leaving the impression that the whole experience should have been longer. Kinda like orgasm sort of.

Moscow Schoolboy – ‘Use Me Back’ 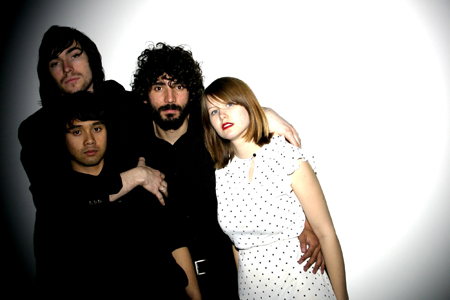 If I lived in Western Australia I’d be like a proud stage mum watching all the great acts that have emerged over the years; The Panda Band and The Sleepy Jackson to name but a few. In fact I would probably feel about as smug as I did upon on hearing that Perth 4-piece Snowman are the latest signing to ace Melbourne label Dot Dash, home to other respectable acts such as Wolf & Cub. Because I liked them ages ago, of course.

Snowman has an intriguingly scarce bio. Instead, their website offers a satisfying list of adjectives to pre-empt the verbose music reviewer (don’t look at me), my favourite of which is “swampy”. This approach to self-marketing also applies to their refreshing refusal to brand themselves with one distinct sound– their sound is sound itself. The elements of their 2004 debut album read like a checklist for meandering, indulgent sound-art: fuzzy AM radio samples, handclaps, droning choral numbers, theremin, percussion, and although I’m loath to say it…. ‘dreamy soundscapes’. But as far as I’m concerned; the creepy, melodic guitars, consistently killer vocals, and oh-so casual hook or two gives them a license to be as playful as they like. A new album is slated for release later this year, so stay tuned (to the fuzzy AM radio if you feel so inclined).

Snowman – ‘Lost In The Woods’ 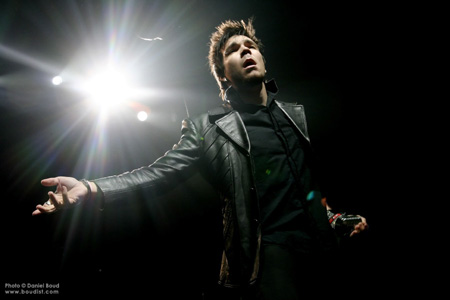 The Butterfly Effect – photo by boudist.com

Daniel Boud is a self trained live music photographer who has done great work capturing the energy and differing moods of live music in Sydney and around the world. Most Sydney gig goers would have seen him walking around armed with his camera taking snaps of bands and punters at the usual traps. His work has been published in big time mags like Spin and he has won multiple awards for his photoblog boudist.com 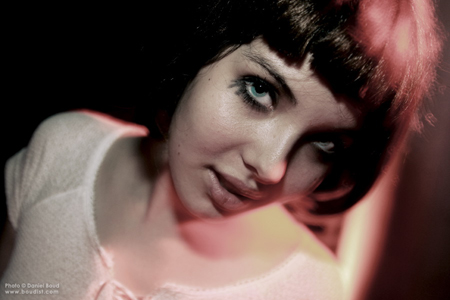 boudist.com serves more than just a personal blog, it’s a combination of the party-shots-website (ie. lastnightsparty.com and thecobrasnake.com) and an ongoing photo essay of live music performances, documenting each artist as they climb into great dizzying heights of success (or not). 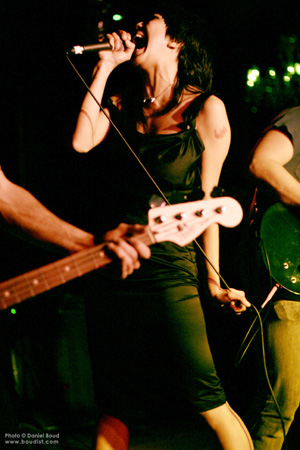 Young and Restless – photo by boudist.com

This weekend 11-13 August Dan is having an exhibition 3 Songs. No Flash. at the China Heights Gallery, Surry Hills, and he’s asked along a couple of his mates Matt Bouy and Nic Bezzina to show some of their photos as well. Not to be missed for any music fan living in Sydney. 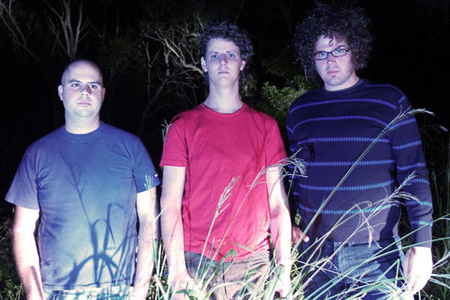 You may remember a couple of weeks ago I posted about a Sydney band called Pivot. Well, Triosk share a lot in common with Pivot – in fact, Adrian Klumpes and drummer extraordinaire Laurence Pike are in both Triosk and Pivot, and Richard Pike from Pivot co-produced Triosk’s amazing new album, The Headlight Serenade.

The music between the bands differs quite substantially though. While Pivot are a slightly more structured band, encompassing more rock music sensibilities, Triosk’s music is a far more avant-garde jazz affair with a strong emphasis on mood and atmosphere. Triosk are more akin to ambient (dare I say “post rock”) acts like Boards of Canada and Tortoise. The Headlight Serenade is a fantastic aural experience and a must of lovers of left-of-centre music. I hope to catch this trio live very soon. Check out the opening track ‘Visions IV’. Awesome stuff. 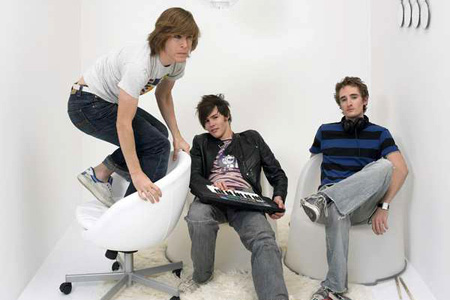 When Sydney electro-rock trio Pomomofo first appeared on the scene, a friend of mine summarised their efforts with the line: “even Spod thinks they are ridiculous.” Spod is an Australian electro act known for his outlandishly trashy gimmicks, kind of like other character-based artists such as Har Mar Superstar. For a band that includes tennis in their onstage antics and a cites Bret Easton Ellis among their influences, you can see wherein lies the comparison.

But gradually Pomomofo have begun to appear on more radio playlists and are being listed on some high profile live billings. I’m not sure if it’s because people have started to pay more attention to the music or if they’re just more at peace with the gimmicks. For me, the gimmicks no longer jar as an obvious attempt to stand out from the hordes of skinny jeans and the typical new wave influences of so many other bands. Rather, the clowning around seems to be fused with the music and together they encapsulate the best bits of ‘the scene’.

All at once, Pomomfo are sleazy, hilarious, and incredibly self-referential. Their music makes you want to get down and dirty, party party party, have fun, let loose… and a whole lot of other clichés. So it appears their self-referentiality is contagious, but never fear this band doesn’t get too obsessed with itself. They are just obsessed with how freaking fun music can be.