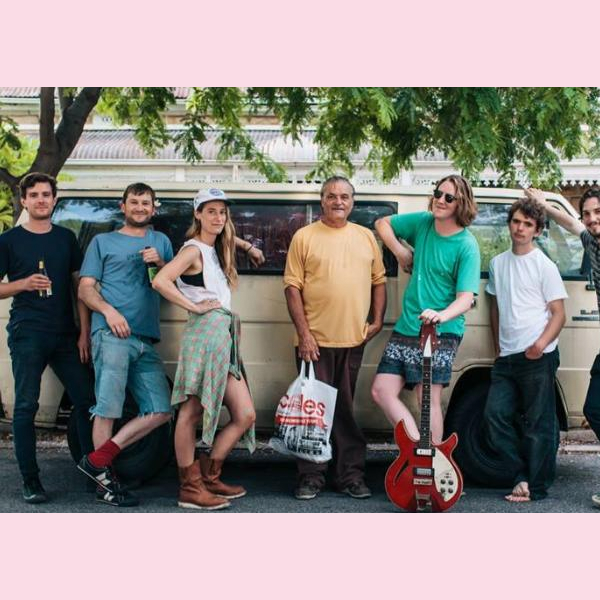 Adelaide’s Wireheads have had a criminally underrated run – “criminal” in the sense of a Manson murder spree, and “underrated” in the sense of Vegemite, honey and avocado on toast (try it). It’s as though the lazy pop of Galaxie 500 was transmuted into a dusty, beer-swilling six piece who prefer to coat their songs in fuzz. The end result is something that sits well alongside Aussie contemporaries Bitch Prefect and Beef Jerk, or perhaps a more chaotic version of the Stevens or Full Ugly.

On the second single from their upcoming second album, Big Issues, Wireheads have released the stream-of-consciousness yelper ‘Boys Home’. Wireheads deliver a strident, snarling three minutes, saddling whimsical pop (lots of “oo-oo’s”) with shuffling drum thwacks and a runaway guitar solo that wouldn’t sound out of place on a howling 80’s cock-rock soundtrack.

Now that they’re signed to the major label [sic] Tenth Court (Thigh Master / Sewers / Mope City), Wireheads have released a compulsory video clip. Therein, the Adelaidians queue up visions of greyscale Australiana and live footage, complementing their babbling homage to youthful defiance via kicking the footy and wringing the neck of a beaten up guitar. It’s good stuff all round, and sets the expectations high for the forthcoming record.