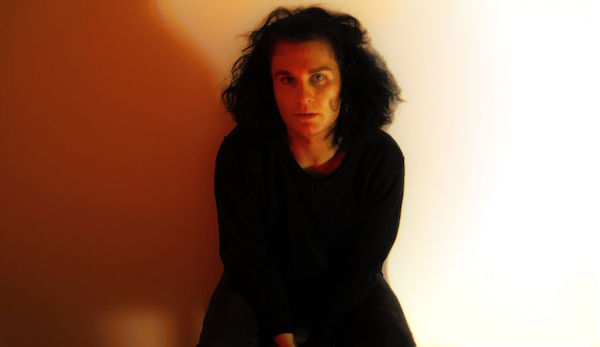 As Obscura Hail, multi-instrumentalist Sean Conran focuses on the intricate details on life, revelling in the minute facets of a minimalist folk sound and playing in the infinitesimal spaces between lingering notes. Throughout his songs, which are commonly described as ‘basement pop’ or ‘baroque folk’, Sean handles each delicate moment as if it were dangerously fragile – each experience or thought a priceless treasure to take care of. For his latest single, ‘Little Web’, Sean has taken inspiration from the lives of fictional video game characters. The song narrows its focus to Sean’s self-imposed isolation from others in favour of a virtual world and how his preference towards actions of non-existent figures created a disconnect from reality ­– choosing to dictate his own narrative with the only limitations being the ones imposed by the game itself.

‘Little Web’ opens with a soothing and melancholic guitar melody, before Sean’s wispy vocals interject with the opening lines “Moving pictures on the silver screen / living their lives in a 2D scene / I’m glued, I’m glued / to the seat in this room”, setting the scene of Sean seated in front of the illuminated screen, immersed in a world of his own creation. The accompanying video offers a series of recorded moments, most seemingly insignificant but weaving together into a tableau of introspection. Frames of outdoor scenery offer a glimpse into a world beyond the computer screen – natural sunlight and stars instead of the harsh artificial lighting of the virtual world. The song carries a stark beauty, minimalist in nature but impressive in impact.

Obscura Hail is on the cusp of releasing an album entitled Leaves, Earth, which follows on from the Thrown Into The Sea EP. Leaves, Earth will be out in August through No Safe Place Records.

You can see him supporting Jules Sheldon at the Old Bar in Melbourne on 25 July. 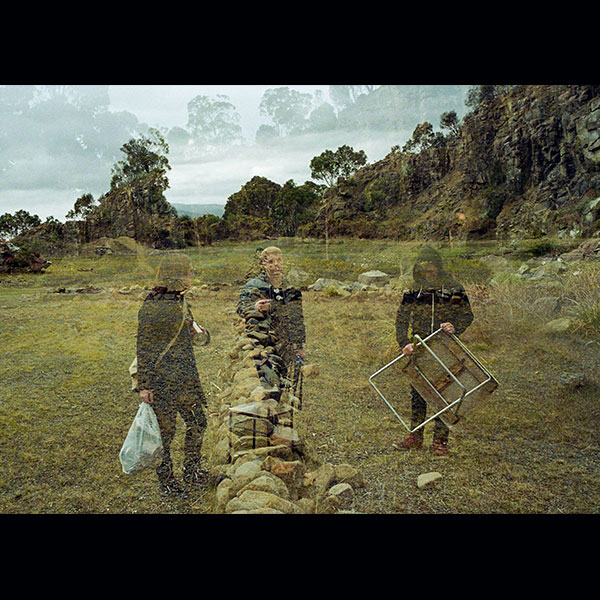 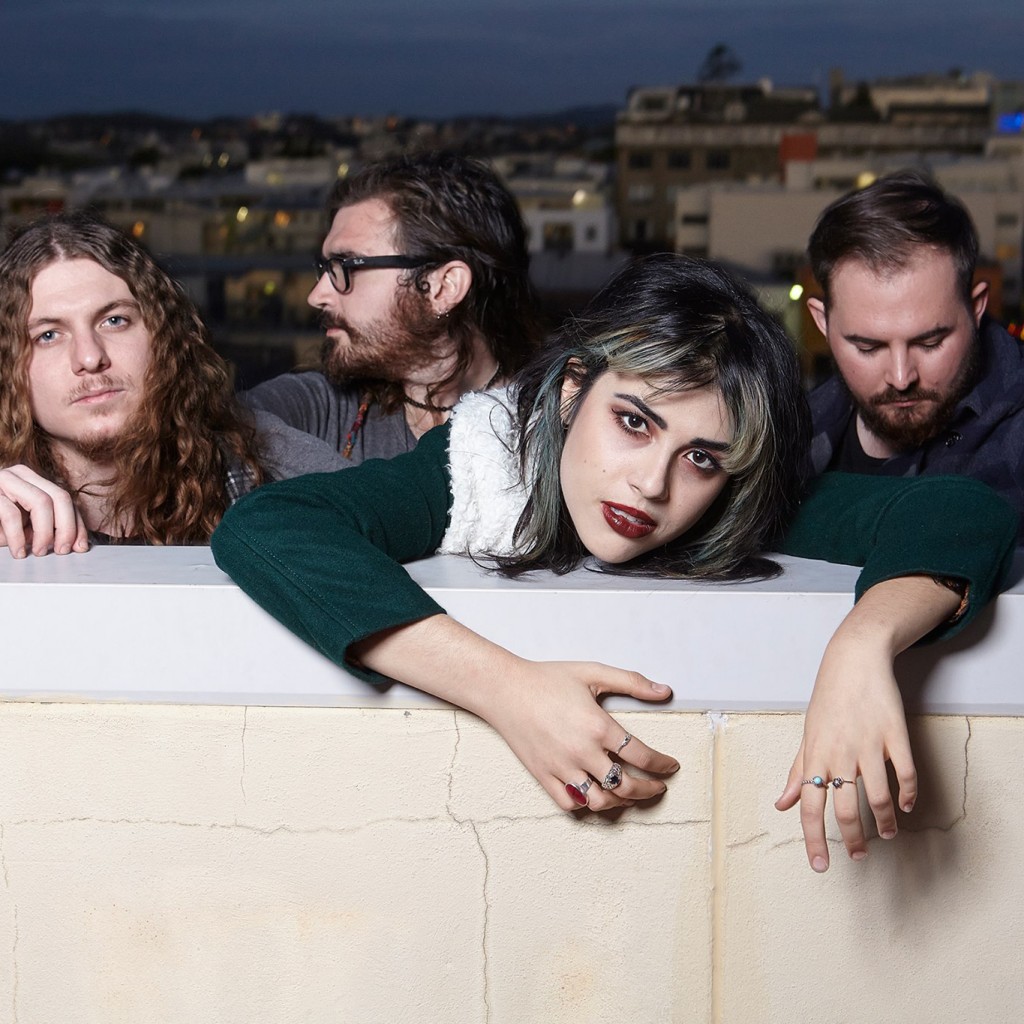 For those of you unfamiliar with the punishing sounds of Brisbane’s WAAX, now is the time to become acquainted. Bursting onto the scene last year with the bruising ‘Wisdom Teeth’, the group notched up some significant airplay and recognition of their tour-de-force sound. After some time in the wilderness, the band has returned with ‘I For An Eye’, another furious, hell-bent tune that packs even more hooks and speed into its time span.

Calling this sound ‘heavy’ doesn’t quite do WAAX justice, and alt-rock is a classification best left behind in the late 90s. WAAX is rock-and-roll, for lack of a better term, but it has intangibles that keep my ears engaged. The bass gives me heart palpitations and the guitars threaten to shred my eardrums – good things in this instance. This is hard rock that rocks hard; music that spits in your face and knocks your drink out of your hand and you can’t do anything about it.

WAAX endured a line-up change over the past few months, recently enlisting the services of Tom Griffin (ex-Calrissian) to take over on the low end. Overlaying the throb and grunt of WAAX’s squall are the recognisable vocals of Marie DeVita, forceful and aggressive with spite-filled affectations that put me on edge.

‘I For An Eye’ was produced by Konstantin Kersting of The Belligerents and mixed by Scott Horscroft. As intimidating as this sound can be, it would still be a lot of fun to thrash around to. Listen if you enjoy being throttled by noise.

Take note: WAAX has been announced as part of the BIGSOUND Live 2015 line-up, and you can also catch them at the Maroochy Music and Arts Festival in August. 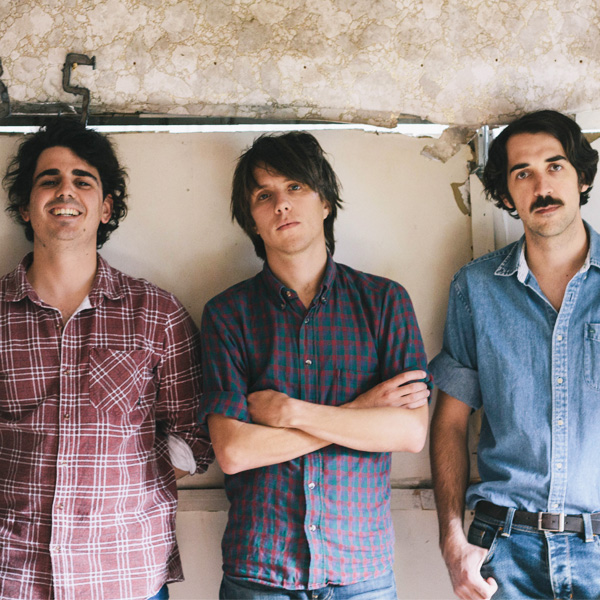 I got a big ol’ soft spot for the quaint acoustic diddy. A song that is stripped back to its basic elements, without excess flourish or pretension ­­– just a well written song that cuts to the quick. Melbourne band Big Smoke has just come forth with this sweet tune that does away with embellishment and puts the musicianship first and foremost.

‘Try A Little Love’ is the name of the song, and it’s the fist piece to surface in the lead-up to the release of the trio’s forthcoming EP, Lately. Gentle acoustic plucking, relaxed and whimsical, is met with crisp and earnest vocals and harmonies that are swoon-worthy.

The whole song sounds like a bit of considerate advice.  Pop and folk are often used to convey positive sentiment, but Big Smoke do it with such earnestness that you can’t help but buy into it completely. Last year saw Big Smoke release its debut EP, River Queen, and lead single ‘Colours’ was a similarly enchanting song. Throwback feelings litter the soft sounds of Big Smoke, but when the tune is good so is the reaction. This song is perfect to soundtrack the sun breaking through rain clouds (much needed up here in cyclone territory). It’s a reminder that compassion and love might really be all you need, rain, hail or shine.

The Lately EP will be released through First Love Records/Shock. 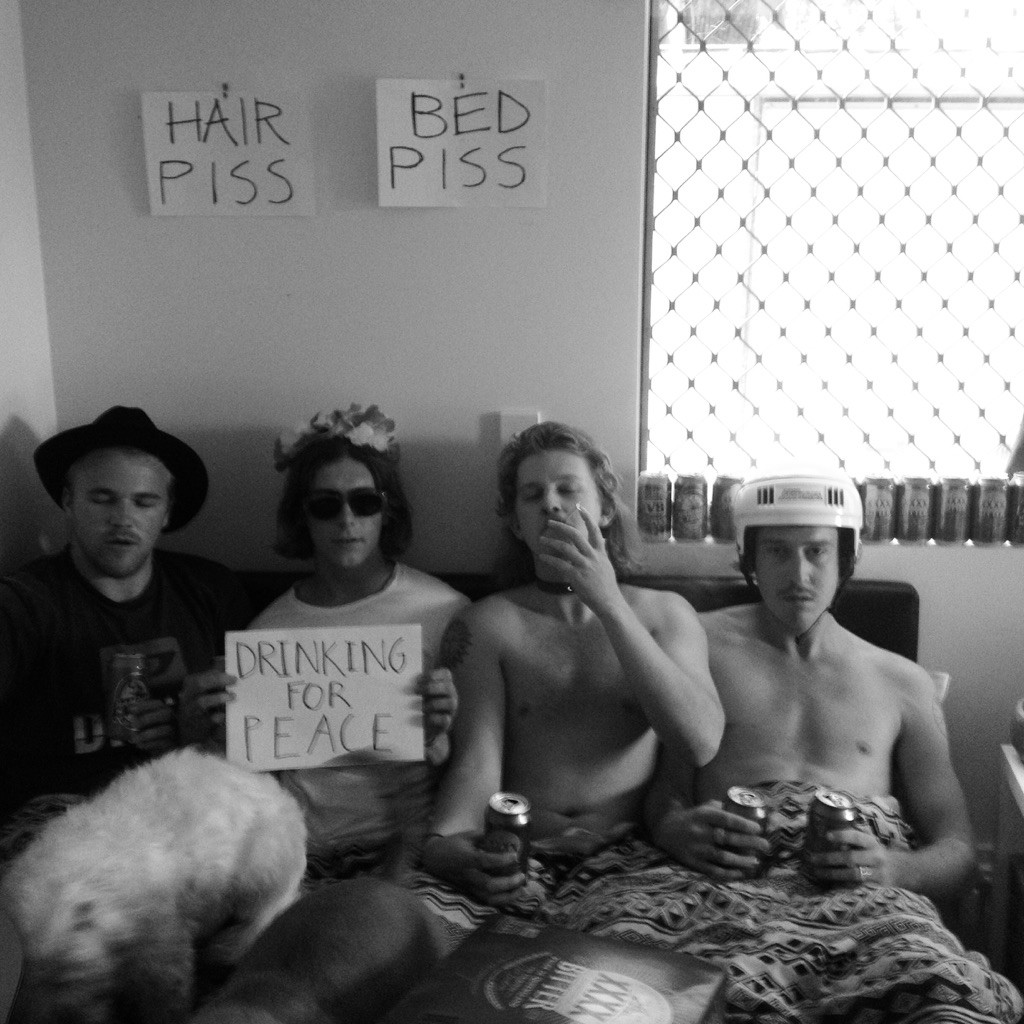 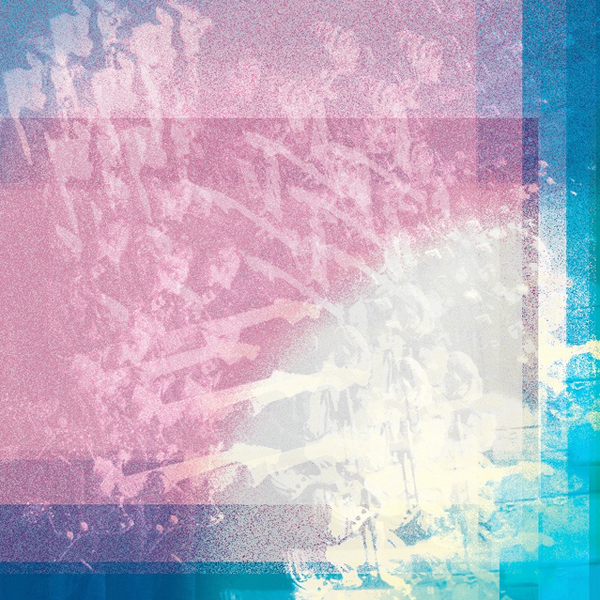 We really dig Contrast. It’s not hard to tell: we really dig them. They put out an EP a little while back that got us all in a buzz and now they’ve followed up by releasing a dreamy clip that suits their music perfectly.

‘Drum Machine’ was one of the five tracks on Contrast’s Less Than Zero EP, and it’s also one of the best. Sound wise, it sits at a cross point between Real Estate, Major Leagues, Beach Fossils and Wild Nothing – what a sweet spot! The clip is simple but nice; VHS fuzz, retro aesthetic and simple execution. This is the perfect clip for the song at hand because it never threatens to overshadow the music – the way a clip should be. 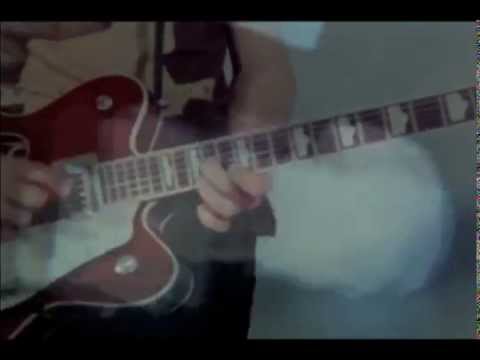 You can pick up a copy of Contrast’s EP Less Than Zero here. 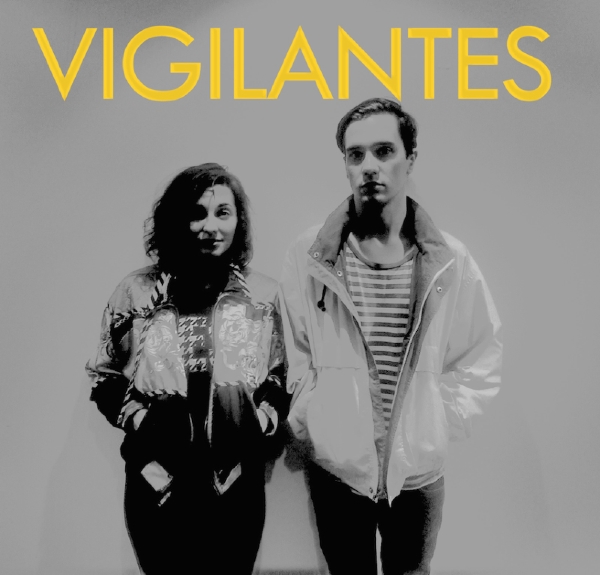 Angela Ford and David Jenkins are a pair of vigilantes. The Sydney duo don’t fight crime per se, but they do fight the good fight of producing great music. Vigilantes have created an immaculate and imaginative tune with ‘Circles’ – a glossy, New Wave-y melody built on danceable beats. The duo have also recently put forth a brand new cut, creatively entitled, ‘<3’. Believe me, these songs ooze style.

‘Circles’ seems to lament or grudgingly accept the cyclical nature of things. Recurring mantras and looping synth progressions help to round out this feeling. Angela’s vocals are particularly special, moving across angelic peaks from chorus to verse.

‘<3’ has a bit more pop and bounce. This one focuses heavily on David’s sculpted vocal tones; smooth, yet not over the top. He sings about devotion, eternal love and other happy things but without sounding cheesy – no mean feat when you specialise in effervescent electro-pop.

Both Angela and David are accomplished musicians, having previously performed with Bertie Blackman and Kirin J Callinan. I’ve been told by the pair that the creative process is rarely linear, but things manage to come together with ideas and fragments recorded over time. If ‘Circles’ is any indication, I’d say the process works perfectly.

No EP or album is planned at this stage, but expect more singles that will assuredly help spread the word of this daring duo.